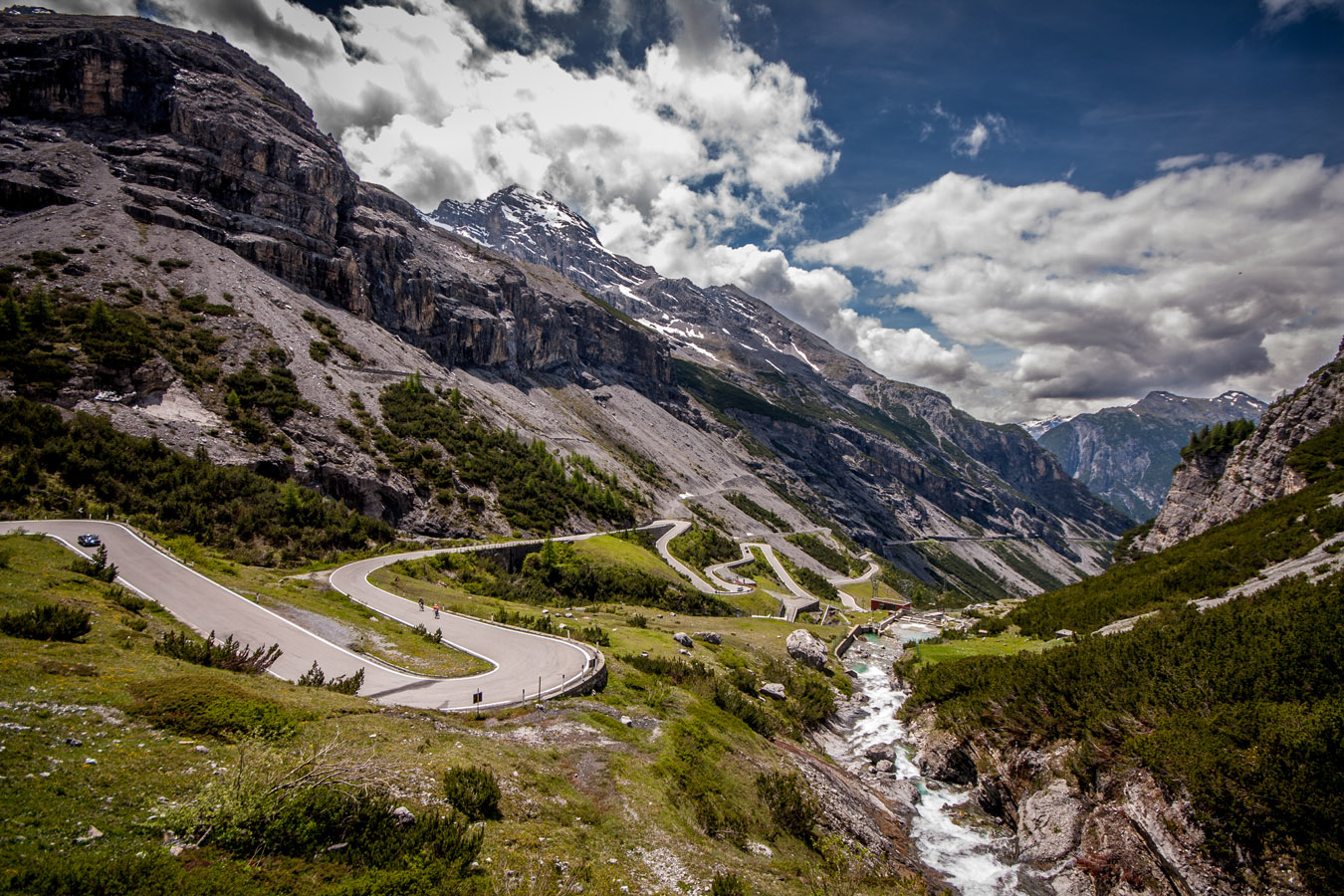 Joining the provinces of Sondrio and Brescia in northern Italy, the Passo del Mortirolo is the Giro d’Italia’s answer to a mischievous and often snow covered Passo di Gavia. Following a particularly legendary crossing of the Gavia in 1988, race organisers set out to find a suitable lower altitude alternative to take its place. Two years later and the Mortirolo was unleashed on the world for the first time, initially from the village of Edolo in the east. Descending down to Mazzo di Valtellina on a ridiculously steep road barely wider than a goat track saw countless crashes which got race officials thinking once more. Maybe it would be better to race up this way instead!? And that, as they say, is history and the true legend of the Mortirolo was born.

At 1,852m elevation and just shy of 12 kilometers from the official start line, finding your way out of Mazzo and onto the right road up the Mortirolo is a game in itself, often sapping precious energy that you know you’ll need later before you even get going. With little in the way of views its erratic gradient and multiple ramps up to 20% can feel overbearing, throw in a dense forest to add to the suffocation and it’s often as much a mental battle as it is a physical war at times. It was on these very slopes in 1994 that the first glimpses of a young Marco Pantani were revealed, dropping the likes of Indurain, Belli, Bugno, Berzin, Gotti, Tonkov, Chiappucci et al on his way to stage victory. Today on bend 11 a monument to the Italian climber acts as a reminder of triumph and tragedy to a lost talent and troubled soul of cycling. It’s only with 3 kilometers to go that the gradient dips to a more respectable 10% for any length of time, allowing you to savour the moment as the trees finally subside and the summit comes in to view. There are plenty of longer and higher climbs in Europe but when attacked with vengeance the Mortirolo sits alongside the likes of the Monte Zoncolan and Alto de l’Angliru in its rebellious nature and difficulty. It’s for this reason that it is, and always will be, a true legend.