Cycling Scotland’s Moors and Muurs Along the Capital Trail 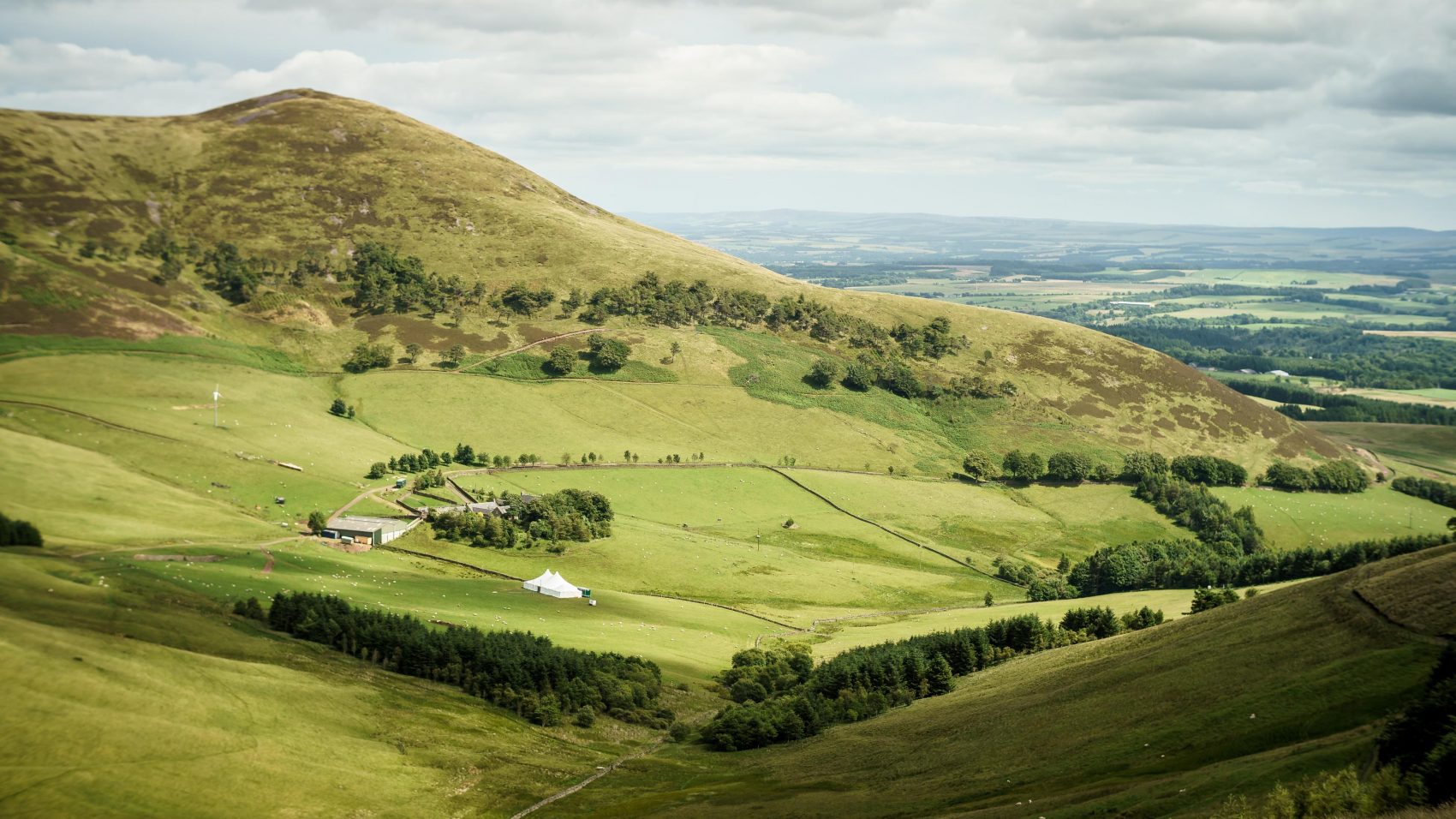 Sometimes growing up, the life of old fades into a distant memory. Growing up as a boy in British countryside, school holidays where spent with true friends on bikes out exploring the local world. Days lasting, for what felt like more than 24hrs, stress free and exciting. Feelings I hadn’t experience in such a long time until now…

As new guys to the world of 3T with the recent signing of a distribution partnership for Saddleback in the UK. Ross and Myself where given the opportunity to join Marc, a seasoned Explorer, on an XPDTN3 adventure following the famous local Capital Trail. The smile that came from the receipt of the email was large….. Bikes, Friends new and old, and the sense of adventure! I think the response time confirming was possibly an internet record!

Two weeks before, all we required was, well, everything! The call went into 3T to order some very new, very shiny Exploro’s. No idea of the right or wrong build routes, I choose to go down the Exploro LTD with 2×11 path. Shimano Ultegra di2 build with 700c wheels. Ross deciding on the Exploro Team with 1x Sram Force build and 650b wheelset, all polished off with a Lauf fork. All we knew at this stage was both builds looked awesome!

After a short flight from London to Edinburgh the evening before, we arrived on the Royal Mile to check into the hotel. Bikes unpacked, luggage stored with the hotel, off to meet Marc for the first time to discuss the trip over some fine food and wine at Angels with Bagpipes…… It’s fair to say at this point we weren’t roughing it!

Rolling out of the Radison Blu on the Royal Mile, all bagged up with only the very basics for weather, the evening dress codes and the just in case’s (trunks). Ross and I rolled down out of the city to meet Marc in Portobello down on the coast, it felt slightly odd, the feeling of freedom I think…. Que Brave Heart quote!

Down by the beach, the sun shone and already the temperature was climbing up above 20 degrees. We picked up Marc and hit play on the route slowly navigating our way out of town, three amigos, the adventure beings. The trail runs along rivers, flowing paths leading you away into the open country side of the boarders. Rolling hills and farmers paths take you into these small gems of single track that brings out the mountain biker in us all, made ever more fun with the drop bars of the Exploro before popping you out through gaps in the tall stone walls back onto roads and villages.

35km into the day the route rolls into the hills and moor lands, rolling on gravel trails through manage estates and game parks with epic views. It goes to mention at this point the sun was out in force, 28 degrees and the chat was becoming ever more childlike, but we all had smiles on our faces!

Descending off the hills and into the valley near Lauder we dropped into what looked like Disneyland Scotland…. Thirlestane Castle, a beautiful privately-owned Castle with a very inviting sign, “Tea Rooms”. After a proper refuel of Sandwich’s, Crisps, Cakes, more Cakes and Iron-Bru we rolled out back into the rolling hills for the remaining 40kms to our Hotel. Long grassy climbs, fast gravel roads and stone baked single track took us all the way into the lovely town of Melrose Abbey for, well, Ice Cream of course….

Once consumed we rolled into the film set of Faulty Tower’s, our Hotel for the night…. Ow dear…. It might be good to mention we stayed at The Waverley Hotel just outside Melrose which had spent more money on photo shopping their website than they spent on the whole “hotel”. We would recommend finding a hotel in the centre of Melrose Abbey as it was a stunning little town.

The joy of opening a good gate wasn’t realized until today….. Rolling out of the film set of Faulty Towers, we headed back into Melrose Abbey for some light bike shop aid, Hardie Bikes, fresh sealant & tyre inflation, whilst I grabbed the caffeine!

Back on track and with the Scottish summer firmly behind us, we rolled into the lanes for a day of, fields, gravel roads, single track trails, forests and GATES!! Lots of them! The wide-open country side presented some amazing views and the trails changed constantly from grassy bridleways into dense forest single track which we chased the edge of grip and smiles. The woodlands are stunning and the hidden houses, manors and stone buildings pop up when least expected, the wealth of history can be seen everywhere.

Rolling off of the moor and in the mountain heartland of the Stanes mountain bike trails just north of Peebles we enjoyed some epic single track on the Exploro’s, something about going airborne on an all-terrain bike which is fully bagged up, puts a massive smile on your face! As we rolled into Innerleithen we found a very cool café for lunch, No1 Peeble Road. A real love for good coffee and fresh clean food.

Once refueled we headed back out with the expectation of rain. Rolling on farm tracks leading back onto the moors, we climbed higher into the mist and cloud. There comes a time you all start to think, why, this next section of the route, this was all we thought! As the trail turned into wildly over grown paths of ferns and heather, the trail vanished. Following the GPS alone, we had to dismount and tackle the terrain on foot, needless to say, none of us enjoyed the pushing! But with great effort comes great rewards! After an hour of guessing our way through the mist we had the fun of some epic single track which ran us all the way down into Cardrona and where our posh hotel awaited us! The Macdonald Cardrona Hotel, Golf & Spa…..Arrrrrh

Our final day kicked off with the breakfast of champions, multiple runs to the buffet before suiting up ready to depart, hunger covering for fatigue. Heading back into Pebbles on the cycle path along the river, we pulled over to grab a coffee from a small café just off the green, Nashy’s No.2. Great hand pressed Espresso! Ow…..and cakes…

The trails then rolled along fields and bridleways before climbing back onto the moors over some seriously steep hills. The challenge was to not push! All the effort was worth it, as we summited to some of the best views of the trip.

Panoramic views of the City of Edinburgh and the bridges to the west and rolling hills. Then, the fast technical decent was awesome, speed fuelled and navigating along singletrack trails, jump rocks and gaps along the moor land slowly dropping altitude.

As we returned back into land of other people, we found a nice little café just outside Currie on Landark Road, the Corner Café for a spot of lunch. Reviewing the route, we realised we were on the home straight and then it dawned…. We’d have to return to real life and the adventure was almost over!

The run back into Edinburgh was a fast network of old railway lines converted into cycle paths, following the rivers and canals. This gave us a great view of the city, the side only locals see and use, the true city.

As the buildings grew and the green started to disappear we arrived back into the centre of Edinburgh and onto the Royal Mile, were all the fun began. Sat back in the bar of the Radison Blu with Ross and Marc, bikes parked up and still in cycling kit, we soon realised it was just us, just us who had been navigating, exploring and having the best fun. Memories made.

TRIP INFO
Our route followed the famous Capital Trail around Edinburgh, created by Markus Stitz and a classic in the area.