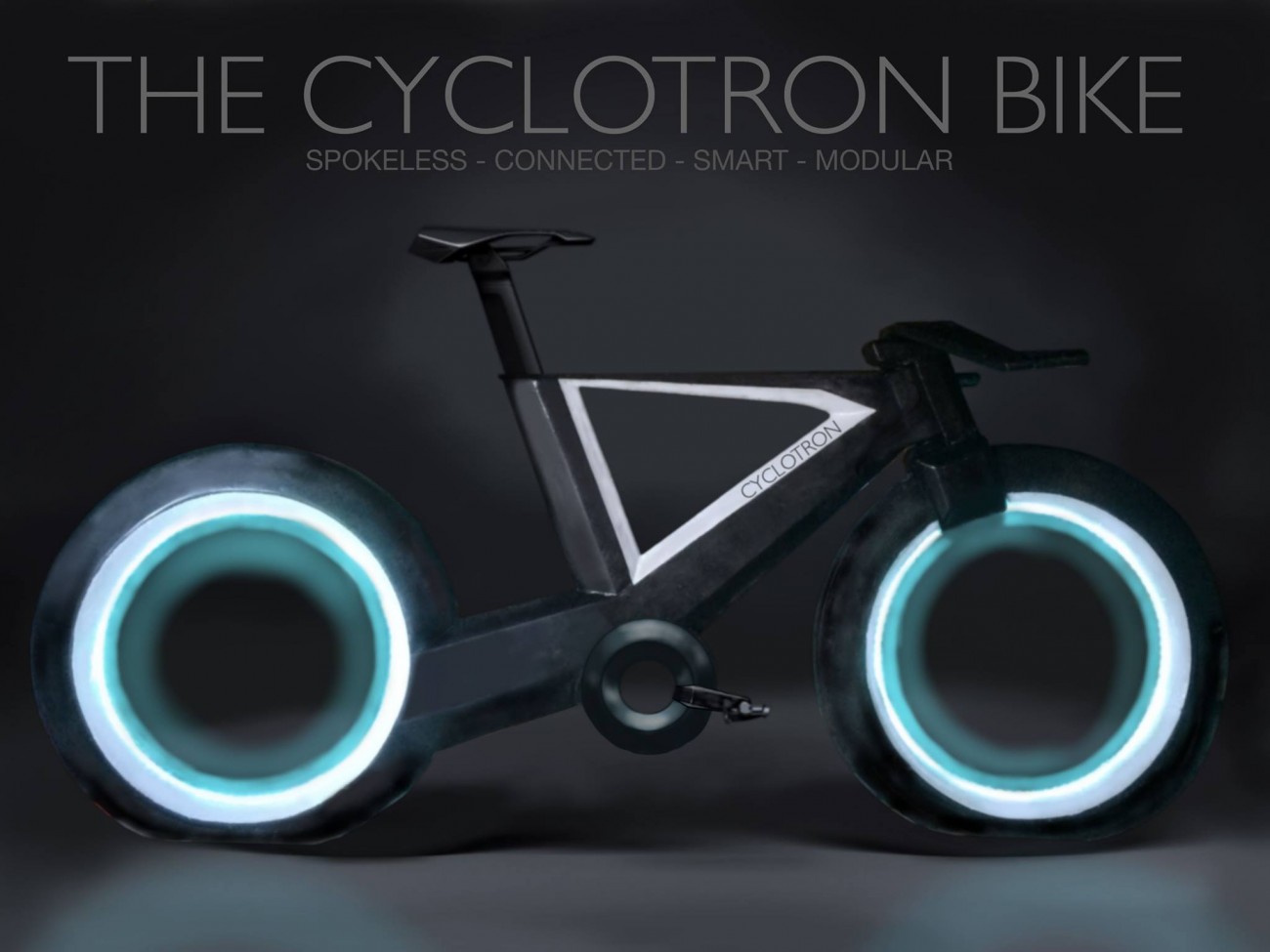 Claiming to be the world’s first “hubless smart bike”, at first glance the Cyclotron is so fantastical to look at, it’s difficult to decide whether one should say beam up or beam my down, Scotty?

However, such a phrase would only serve to piss-off the cast of Tron, for which the bike was truly fashioned after.

But, regardless of where one’s sci-fi loyalties lie, the Cyclotron is clearly a sight to behold.

In fact, it’s difficult to decided what’s the most striking feature about the Cyclotron, it’s revolutionary spokeless wheels and solid polymer tires (which even offer storage capabilities), the space-age carbon fiber frame, or the many innovative features that punctuate the bike, such as LED lights within the wheels and the two laser-lane displays.

At the heart of the Cyclotron is a lithium-ion battery that powers the aforementioned features, as well as its own Bluetooth enabled app which provides a variety of smart features such as real time battery updates, navigation, ride data and a unique GPS function which can automatically report an accident or locate the bike if its lost or stolen.

The Cyclotron will be available in three different models.

The basic models will feature a choice of either a 12-speed or 18-speed manual drive-train, or the more high-tech 18-speed e-gear model, which also includes hydraulic braking.

There are also provisions for transporting children via the Cyclotron’s Wingman child seat system.

The creators behind the Cyclotron have currently turned to a crowd-funding campaign on Kickstarter in order to raise the necessary funds to bring their design into full production.

So far, the company has obtain over fifteen patents for the Cyclotron, and they’ve reached 75 percent of their crowd-funding goal within the first five days.