Details of the Giro d’Italia 2022 Revealed 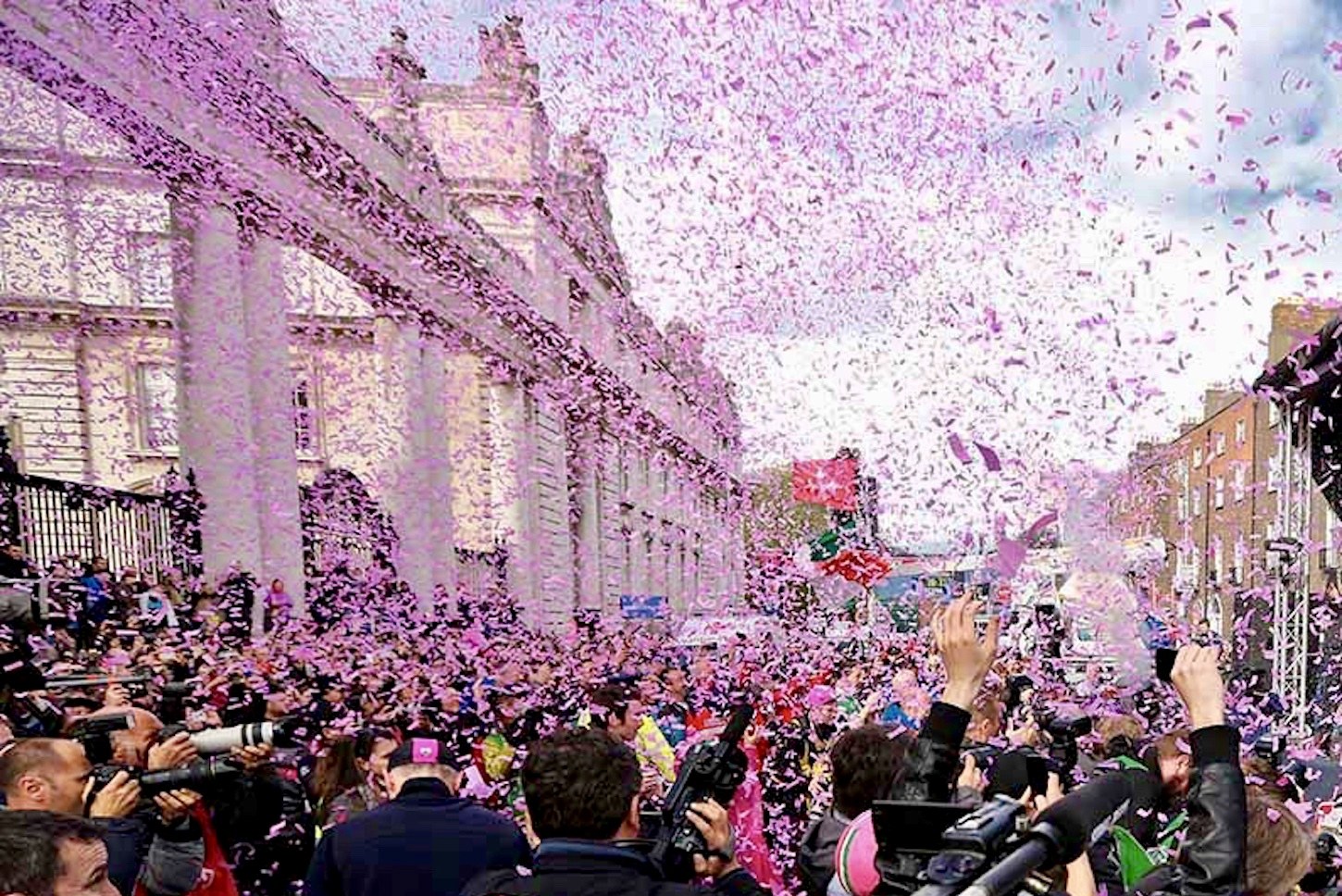 The organizers of the Giro d’Italia have revealed the key mountain stages of the 2022 Italian Grand Tour today, with four mountain top finishes and ascents such as Mount Etna, Blockhaus, the Mortirolo, Santa Cristina, the little known but steep Menador, the Passo San Pellegrino and Passo Pordoi all to be climbed during the three week race.

The stage to Etna has a long, largely flat run-up. In the stage that ends at the Blockhaus in the Apennines, the riders also have to cross the Passo Lanciano. In addition, following a stage finish in Aprica, there’s a stage that finishes in Cogne in the Valle d’Aosta region where the Mortirolo must also be conquered, while the stage to Lavarone features the climb of Monte Rovere a few kilometers before the finish.

The last mountain stage travels from Belluno to Marmolada, which includes the Passo San Pellegrino and the Passo Pordoi before the final climb over the Paso Fedaia. At 2239 meters, it’s the highest point of the Giro. Also, while organizers had to cancel the route over the Pordoi and the Fedaia in the sixteenth stage last year due to bad weather., the two climbs return in May.

The battle for the pink jersey starts on May 6 in Budapest, followed by two more flat stages on Hungarian soil. From there, riders will face the first climb of Mount Etna.

The 166 kilometer stage will start in Avola, before passing through Noto, Pantalica and Vizzini on the approach to Etna.

From there, riders head to central Apennines to face the mighty climb of the Blockhaus on what should be the second Sunday of the Giro on stage 9.

The 187 kilometer stage includes 4,990 meters of climbing on country roads with a double assault of the Blockhaus: first via Pretoro to climb the Passo Lanciano and then again from Roccamorice, which featured in 2017 when Nairo Quintana won the stage and pulled on the maglia rosa. The final 10 kilometers of the Blockhaus has an average gradient of 9.4%.

The third mountain finish comes a week after the Blockhaus, with a long climb up to Cogne in the Western Alps north of Turin in the Valle d’Aosta on stage 15.

The 177 kilometer stage begins from Rivarolo Canavese and follows the Dora Baltea to enter the valley and reach Aosta itself.

The riders climb the Pila up to Le Fleurs and then Verrogne before the long but gradual haul up to Cogne, where Andy Hampsten was the last winner of a Giro stage back in 1985.

The peloton transfers east from Aosta towards Brescia for the third rest day, and then climbs into Valtellina for the 200 kilometer Sforzato wine stage.

Stage 16 starts from Salò near the western shores of Lake Garda and then climbs high via the Val Sabbia and the Bagolino climb, before the much harder Goletto di Cadino – also known as the Croce Domini – which was last covered in 1998 when Marco Pantani won at Montecampione.

The Mortirolo is climbed from the ‘easier’ Monno side rather than the usual Mazzo side, with only the last two kilometres close to 10 per cent, it but makes up for it by climbing the Santa Cristina, where Pantani attacked Miguel Indurain and Evgeni Berzin and first make a name for himself. It is 13.5km long with the final six kilometres at over 10%.

A second consecutive day in the mountains takes the riders across from Ponte di Legno to Lavarone near Trento on stage 17.

The route climbs the Passo del Tonale immediately after the start before a long gradual descent through the apple orchards towards Trento, with a visit to Palù di Giovo, the birthplace of the Moser family and Giro winner Gilberto Simoni.

The hardest climbs come after Pergine Valsugana, with the Passo Vetriolo climbed from a new side and then the Salita del Menador. It was carved from the rocks during the First World War and offers spectacular views across the Trentino region.

The final two kilometres climb at 11.2% before seven kilometres of rolling and descending roads to the finish.

The mountains of the 2022 Giro d’Italia end with a ‘tappone’ from Belluno to the foot of the Marmolada glacier. The stage is only 167 kilometer long but includes 4490 meters of climbing.

It’s a true Dolomite stage with the final climbs starting with the steep Passo San Pellegrino after 60km of valley roads, followed by the easier Passo Pordoi, which is the highest climb of the 2022 Giro and so awards the prestigious Cima Coppi prize.

The climb to the Marmolada includes the long straight and steep road near Malga Ciapela, with the gradients at 12% for three kilometers and a further, final three kilometers near the snow line at 10.5%.