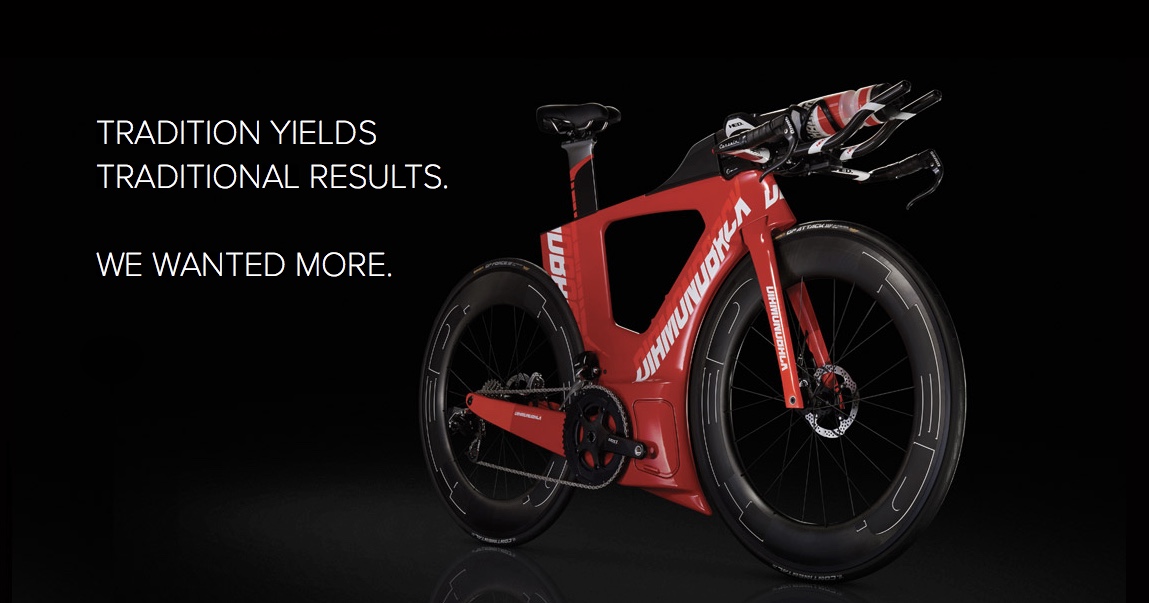 Diamondback unveiled details of its new Time Trial/Triathlon bike called the Andean today, which by all accounts qualifies as one of the more, if not most, sophisticated looking bikes of its kind to date.

Indeed, claiming to be the “the fastest TT/Triathlon bike in the world”, the Andean looks more cafe-style GP motorbike than it does a bicycle.

According to Diamondback, the Andean is designed around what the company calls Aero Core, which refers to how a section of frame is designed to sit directly between the wheels and act as a large airfoil.

Diamondback says, the goal of the design is to increase airflow all around the frame, while dramatically reducing drag at every yaw angle.

“This bike was designed from the center of the wheels—the least aerodynamic area—in towards the middle of the frame, then up,” says Diamondback.

Diamondback worked closely on the design of the Andean with Dr Philippe Lavoie and his team at the University of Toronto Institute for Aerospace Studies (UTIAS), using extensive wind-tunnel testing.

“Their half-scale wind tunnel provides a superior environment for testing, with fewer variables to control than a larger tunnel,” said Diamondback. “The facility allowed us to adjust turbulence more easily than ever before, producing a very detailed diagnostic testing ability.”

“The result of CFD modeling, hundreds of prototype iterations, and weeks in the wind tunnel, the Andean is a very unusual looking bike that has taken its design cues from MotoGP, according to the team behind it. The Aero Core section hugs the rear of the front wheel, the seat tube extends way back around the leading edge of the rear wheel, and there are no seatstays”, added Diamondback.

In addition to its far-flung aerodynamic properties, the Andean possesses some more straightforward features, such as storage and the adaptation of disc brakes.

Additionally, the Andean has been designed around the use of SRAM’s 1X, single chainring drivetrain.

“Bulky front derailleurs and aerodynamic engineers have never been on the friendliest of terms,” notes Diamondback. “Luckily for the Andean Project, the time is right to ditch these antiquated mechanisms.”

“It’s never made more sense to go with a single front chainring: not only does it get rid of the front derailleur’s weight and drag, but it does the same for an unused spinning sprocket. With a more streamlined bottom bracket blending into the Aero Core, air flows much more smoothly past these once troublesome areas.”

According to Diamondback, the Andean will be available in four sizes, with pricing to be announced.