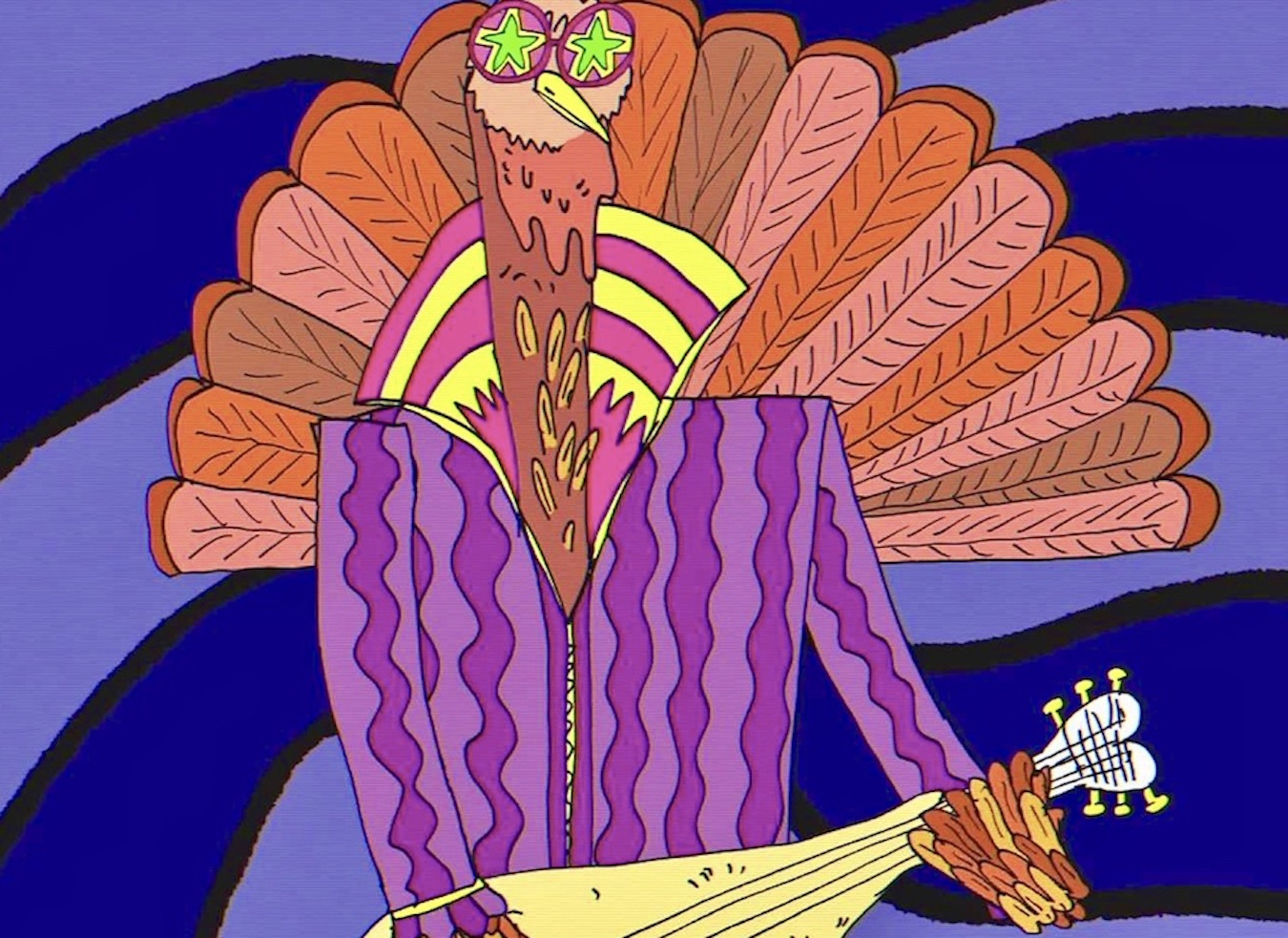 Every Thanksgiving, myths of the quasi-magical powers of tryptophan rise again.

There’s the turkey/drowsiness myth: Eating lots of juicy turkey meat supposedly makes people feel tired because it contains an amino acid called tryptophan. This molecule travels into the brain, where it’s converted into a neurotransmitter called serotonin, which in turn is converted into a hormone called melatonin. Voila! Sleepiness.

But science and the internet agree: It’s not the turkey’s tryptophan to blame for your post-feast nap. All protein sources, and even vegetables, contain some tryptophan; turkey isn’t at all special in this regard

So the sleepiness myth of turkey may be fading, but other legends around tryptophan’s effects in the brain are taking hold. Some people are eyeing tryptophan supplements as an unconventional treatment for depression. Others are curious whether eating foods that are high or low in tryptophan could be useful for influencing mood. Recently, some scientists have even proposed that gut bacteria are driving changes in emotion by producing or breaking down tryptophan.

This tryptophan/mood connection is an area of ongoing research. And while some are captivated by tryptophan’s potential, it’s not clear whether the excitement is warranted.

Looking for a tryptophan link to mood

There is some scientific evidence that eating tryptophan can alter your mood.

For example, back in 2000, researchers found that when people ate an isolated protein that was very high in tryptophan, they felt less stress while doing math problems.

However, placebo-controlled clinical trials haven’t, in general, shown much of a connection. A few studies have found that supplementing with pure tryptophanprovided little to no benefit for people with depression. Some studies have even looked at what happens when you remove tryptophan from people’s diets, but also found little to no effect.

So what explains the mixed results?

Alongside human studies, the biology of tryptophan has been well studied in rodents. Research in the early 1970s showed that taking tryptophan supplements can boost serotonin, a neurotransmitter that was historically associated with feelings of well-being and happiness.

Since then, scientists have learned lots of interesting facts about serotonin. For example, there are 14 separate receptors for serotonin, and they’re found all over the brain.

Researchers have learned how to affect this system with drugs, but not with much precision. For example, drugs like the antidepressant selective serotonin reuptake inhibitors – more widely known as SSRIs – don’t target individual receptors and they don’t restrict themselves to particular brain regions. Instead, SSRIs, the best-known of which is Prozac, bluntly boost serotonin everywhere.

This non-specificity is why, in my mind, it’s hard to believe that SSRIs work at all. Here’s an analogy: Say you’re Jeff Bezos and you want to increase Amazon’s revenue by speeding up your deliveries. So you decide to crank up the speed on all delivery vehicles. From now on, every truck will boost its speed by 5%. It may be a stroke of logistical genius, or it may, perhaps more likely, end up in chaos. Like ramping up serotonin all over the brain, this blunt approach might not be ideal.

Analogies aside, whether SSRIs affect people’s moods is an experimental question, and some research has supported the idea that these drugs work. However, especially lately, their effectiveness has come under intense scrutiny. Some recent analyses cite 30 years’ worth of studies and question the clinical value of SSRIs, while others maintain that these drugs improve the symptoms of depression.

It’s complicated, and there’s still some disagreement, but most psychiatrists agree that SSRIs are not effective for everyone. These drugs are not psychiatric-cure-alls.

In light of all this, I’ve often found myself asking whether psychiatric researchers needed 73 studies looking at whether tryptophan depletion has an impact on mood.

When it comes to understanding connections between gut bacteria and the brain, or the bigger challenge of understanding and treating mental illness, should researchers really still be thinking about tryptophan?

Psychiatric research has long been moving away from the idea that your brain is a bag of chemicals; modern neuroscientists are asking for a little more specificity. From this perspective, I’m skeptical of the notion that tryptophan is the depression remedy psychiatry needs. Not only has experimental research found fairly weak results, but the theory itself isn’t very compelling.

Serotonin, seemingly full of psychiatric possibility, has long fascinated psychiatric researchers. But what the past half century seems to have demonstrated is that the neuroscience of human emotion is not simple. To promote lasting changes in mental health, scientists may need a little more reverence for the complex emotional beings that we all are.

So no, a big turkey dinner, as filled with delicious tryptophans as it might be, will likely not be the neurochemical driver for your mood on Thanksgiving.