Dooring Alert Systems: Designed to Prevent Cyclists from Getting “Doored” 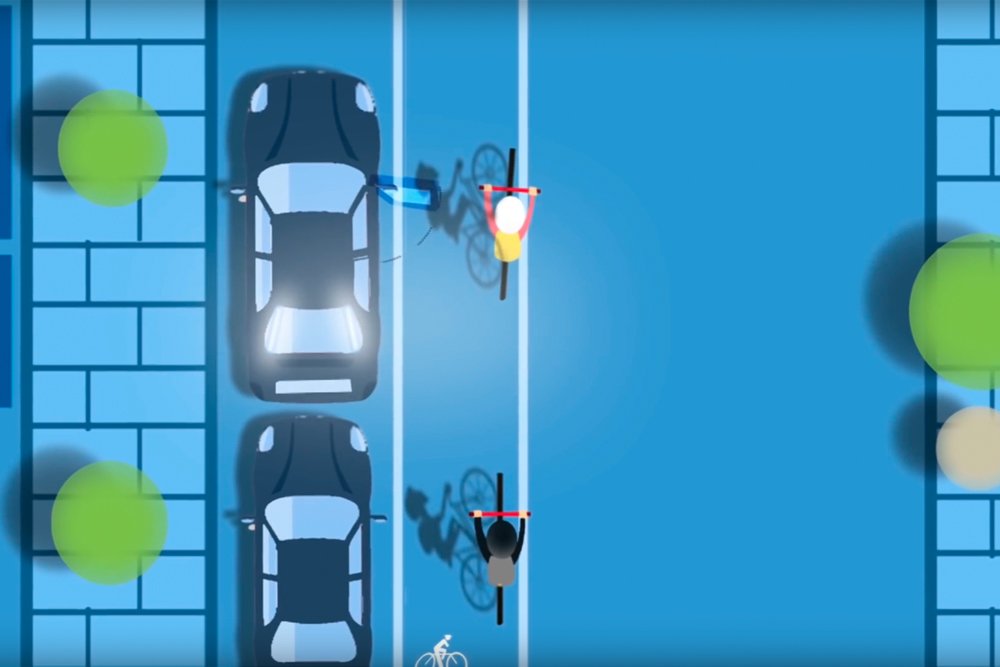 28 Nov 2015
By Gianni Pericolo - In LATEST ARTICLES, THE DOUBLE DIAMOND

It’s every cyclist’s fear to get doored. And, while getting hit by a vehicle under any circumstances is never a good thing, in some instances, cyclists have been lucky enough to only get glanced, or by some miracle, survive an “ass over teakettle” crash.

However, in the case of getting doored, a cyclist can almost be assured of experiencing sudden, blunt trauma. Not to mention the sharp, hard angles associated with a car door, which can often lead to horrific lacerations. In short, a cyclist seldom escapes a car dooring unscathed.

At last, a new technology called, Dooring Alert Systems, is aiming to protect cyclists from the dreaded experience of being doored, with a new integrated alert system, which is designed to alert drivers, passengers and cyclists alike, that a door is about to be opened – via an integrated alert system that’s incorporated into a vehicle’s rear window and side mirrors.

In summary, the system is designed to alert drivers and passengers to be on the lookout for approaching cyclists, once they unfasten their seat belts and prior opening a door. At that moment, the Dooring Alert Systems activates a lighting sequence, wherein the driver and passengers are alerted to stop and check for cyclists – before proceeding.

In turn, the Dooring Alert Systems, gives off an external, visual alert, letting approaching cyclists know the occupant(s) is alighting from the vehicle.

According to Dooring Alert Systems, the signal is visible from a significant distance, in both night and day conditions, ensuring cyclists have  ample time to take evasive action.

To learn more about Dooring Alert Systems’ technology, check out the video, along with their website at: http://dooringalertsystems.com