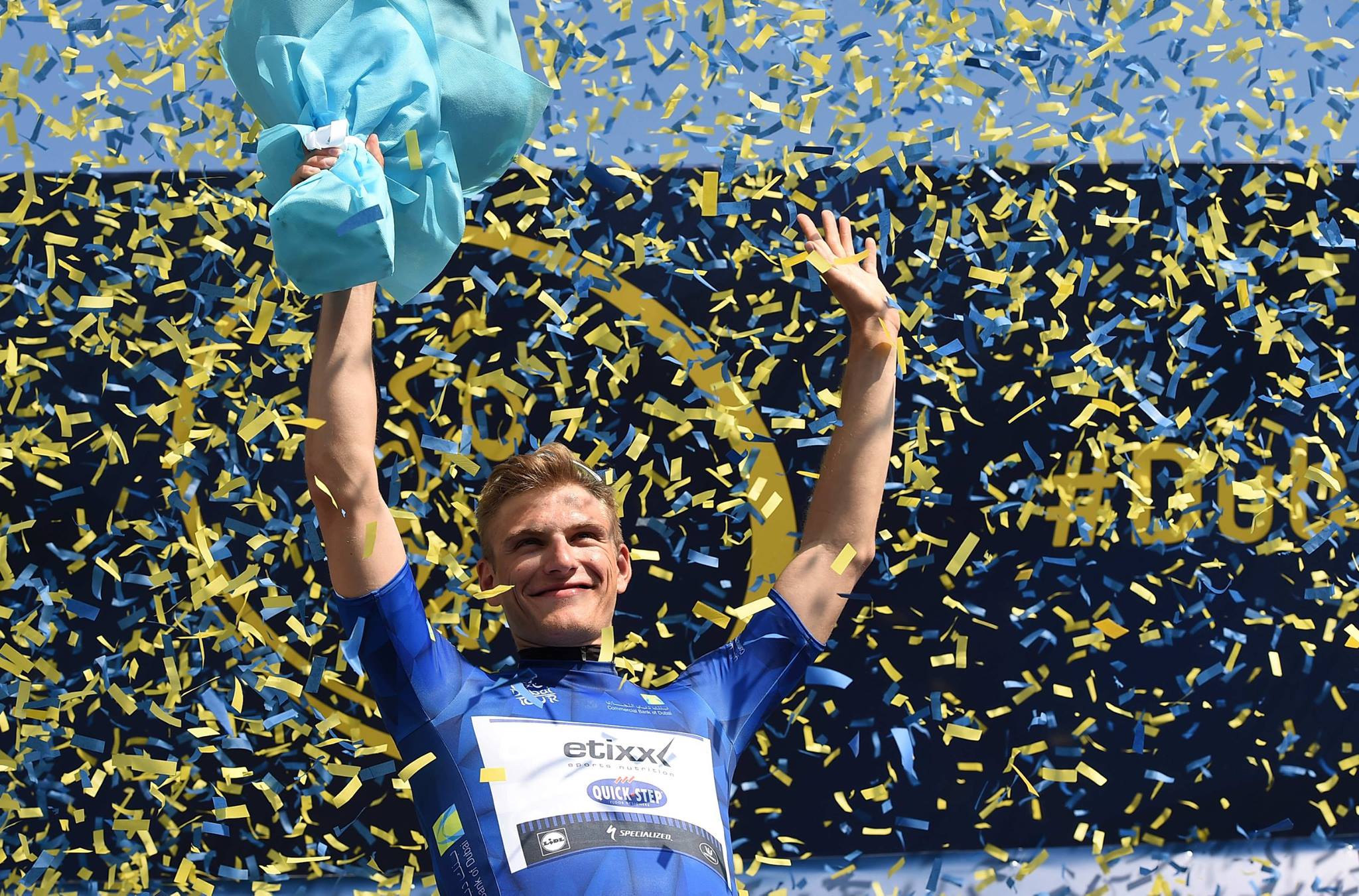 Marcel Kittel (Etixx-QuickStep) claimed the opening stage of the Dubai Tour today, after winning the bunch sprint in the straight run-in to the line in Fujairah, beating defending champion Mark Cavendish (Dimension Data) and Giacomo Nizzolo (Trek-Segafredo), by a couple of bike lengths.

“Especially after the hard season I had last year, I’m incredibly happy that I could win today for my first race with my new team. Everything has worked so well that I can’t think of any topic to raise to make it better. The boys have done a good job. We were the strongest in the lead out and the timing was perfect. We made a plan and we executed it. I certainly enjoyed the win, this one has a special flavour. As I said before the season, I restart at zero. I feel very good about today’s outcome. We’ll stay focused and hopefully there’s more to come for us at the Dubai Tour”, said Kittel.

However, as the race entered into the final 10 kilometers, the escapees were eventually caught by the peloton under the auspices of Team Wiggins and others.

From there, Philippe Gilbert (BMC) executed one of his signature attacks during the final 4 kilometers, provoking Movistar, Astana, Dimension Data and Etixx-QuickStep to take over from Team Wiggins at the front of the chase.

However, Gilbert’s move was short-lived, as teams began ushering their respective sprinters to the front.

While Etixx-QuickStep nailed it, moving Kittel into perfect position, Dimension Data appeared to falter, leaving Cavendish with too much effort needed to overhaul Kittel in the finale.