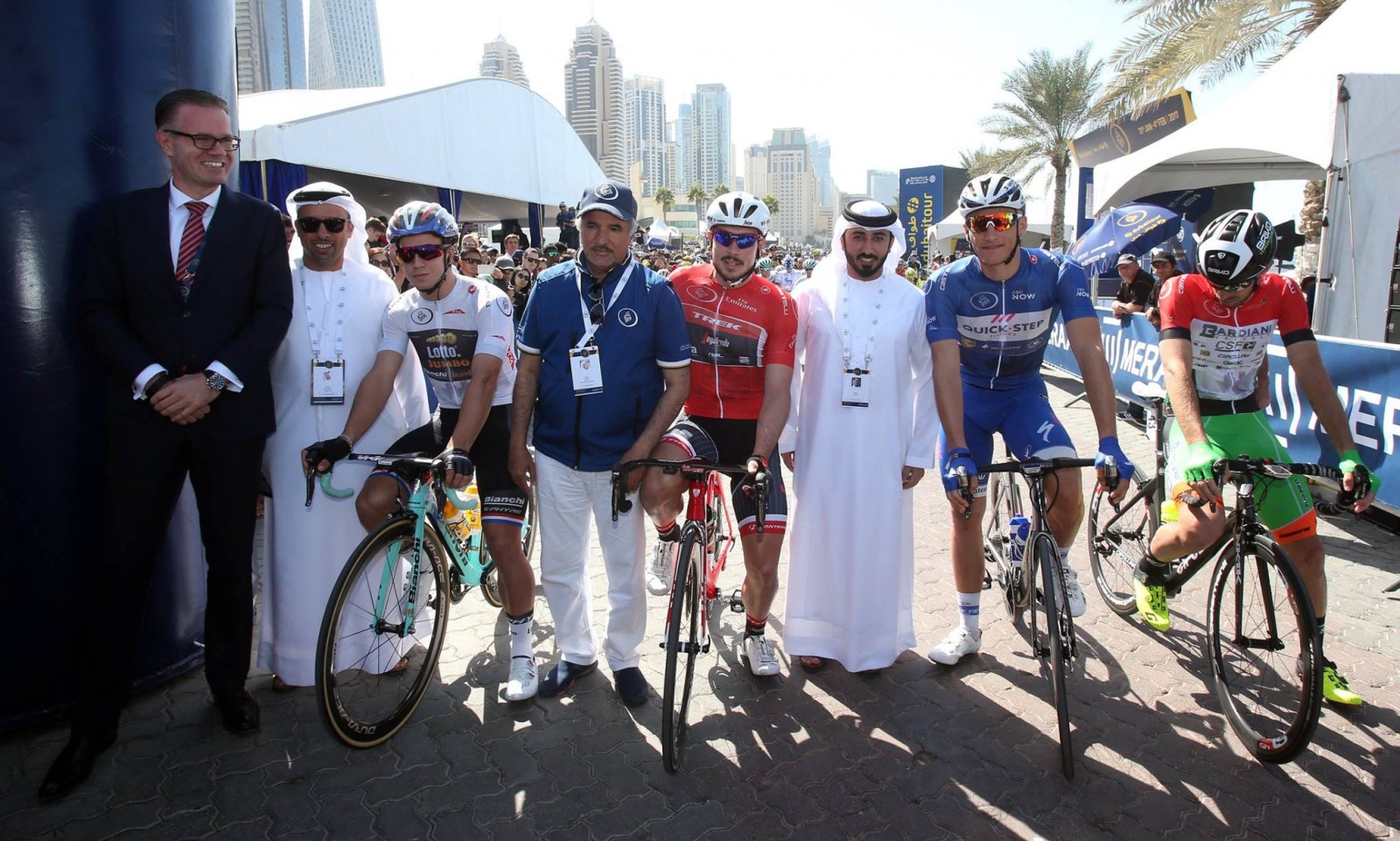 The cancellation of yesterday’s stage 4 due to dangerously high winds didn’t hamper Marcel Kittel’s ambitions, as the QuickStep rider went on to win the final stage today and solidify the overall title in the Dubai Tour for the second year in-a-row.

Unfortunately, race hopeful Mark Cavendish (Dimension Data) suffered a mechanical problem during the final dash for the line which relegated the British rider to only a fourth place finish.

“I’m extremely proud of what I achieved today: my second Dubai Tour overall in a row, my 75th career victory,” Kittel said at the finish.

“When I came back to Dubai, I thought this is a nice race, it’s a goal for me, but I didn’t think it would go so well. The team did a really god job. It’s a very nice way to start the season. It was a short stage after the cancellation of stage 4 and we tried to control the race from the very beginning. The breakaway wasn’t too big so it went very well for us. At the end, it didn’t go exactly according to the plan because Fabio Sabatini’s chain fell off. He was supposed to be my last lead out man, so I had to go by myself but at the end I was well positioned, so I could do my sprint as I wanted to.”

From there, the quartet went on to establish a sizable advantage over the peloton along today’s flat course.

However, heading into the final 20 kilometers, the escapees’ advantage had been reduced to just over a minute with Dimension Data, Trek Segafredo and QuickStep Floors hard at work controlling in the pace of the peloton from behind.

The breakaway group was finally reined in with less than 10 kilometers to go, as Dimension Data took control of the peloton in hopes of setting up Cavendish for the sprint.

In the meantime, QuickStep posted two riders at the front of the peloton to later usher Kittel into position during the last 5 kilometers.

Heading into the final straight, Kittel lost his leadout man Fabio Sabatini to a mechanical problem, leaving the German rider without support during the closing 500 meters.

At that point, Cavendish appeared poised for victory, but the Dimension Data train seemed to have lost its impetus during the waning moments – forcing the Manx Missile to fall in behind Kittel.

Despite losing speed, it looked like Cavendish might come around Kittel just before the finish, but a last second problem with gearing brought the curtains down on his chances for victory.