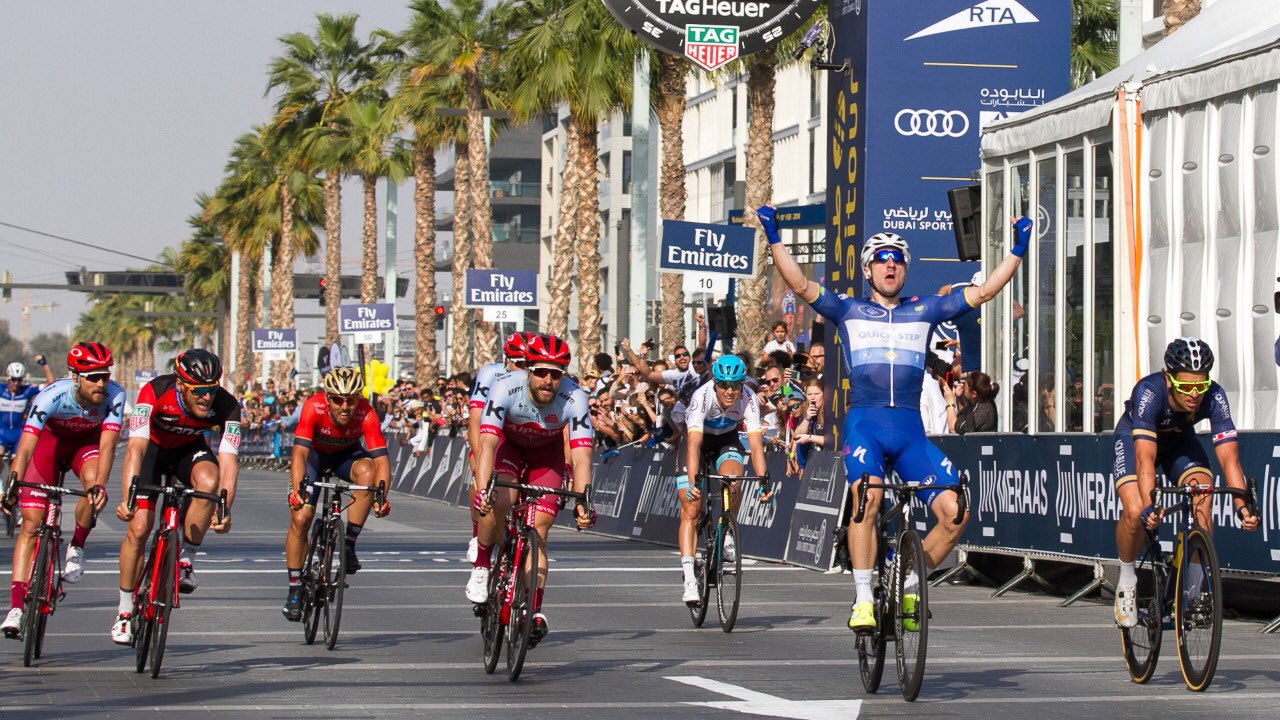 Elia Viviani (Quick-Step Floors) won the final stage of the Dubai Tour in a bunch sprint today to seal the overall title.

In a frantic sprint finale, Viviani came from a long way back to overhaul Marco Haller (Katusha-Alpecin) at the line, while Adam Blythe (Aqua Blue Sport) came late to claim the final spot on the podium.

Meanwhile, race favorite Mark Cavendish (Dimension Data) was forced to brake to a halt in order to avoid a late crash, forcing the Manxman out of the contention for the final sprint.

Today’s stage was the last showcase for the sprinters, who were also battling for the overall victory.

From there, Jacob Hennessey and Robert Stannard (Mitchelton-Scott) attacked, quickly opening up a sight advantage for themselves.

The duo managed to stay clear for only about 7 kilometers however, before being reeled back in by the chasing peloton.

Katusha-Alpecin, Dimension Data, Trek-Segafredo and Bahrain-Merida set the pace during the final 3 kilometers, but a chaotic finale saw the peloton split, after Cofidis’ Nacer Bouhanni crashed during the final curve before the finish.

Viviani once again proved to be the strongest rider during the closing meters, easily beating his closest rivals Haller and Blythe to seize the stage honors and overall victory.

Meanwhile, Cavendish, LottoNL-Jumbo’s Dylan Groenewegen and Bahrain-Merida’s Sonny Colbrelli were held back by the crash and unable to contest the sprint.