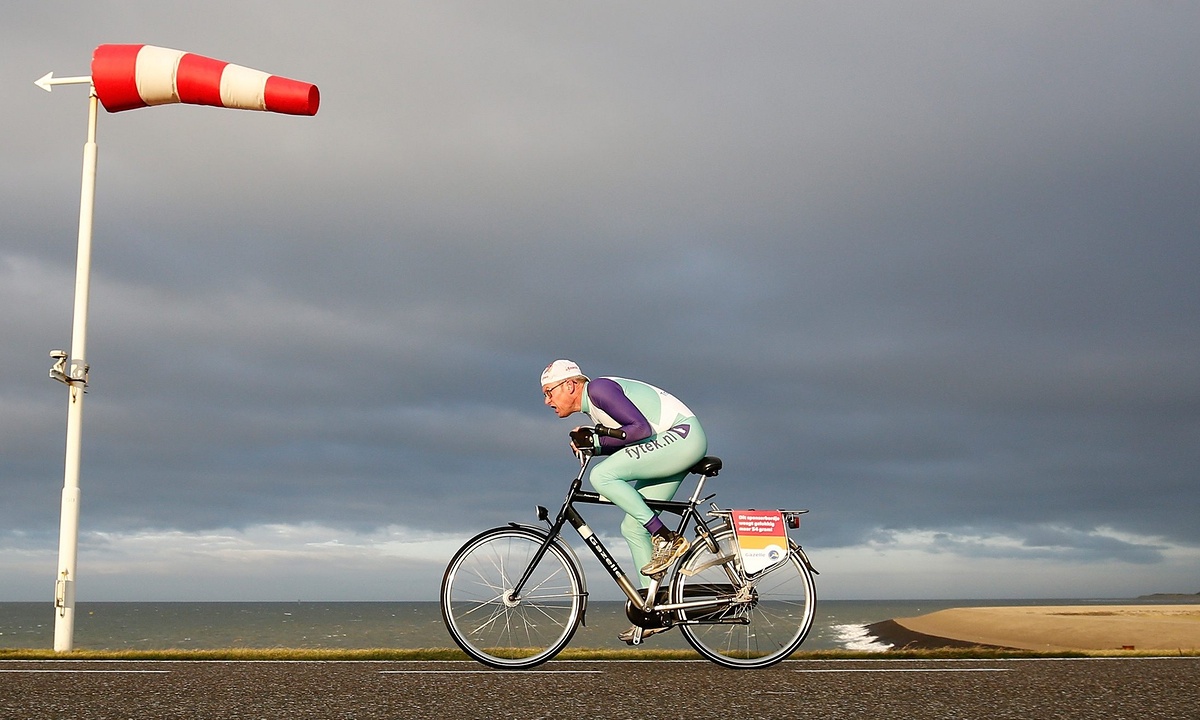 The third edition of the Dutch Headwind Championships got underway yesterday, an event widely regarded as being the world’s toughest time trial.

Holland is no stranger to headwinds, and vice-versa, and December in particular, is often the windiest month of the year, with winds exceeding ungodly speeds.

Interestingly, the competition doesn’t allow for any cutting edge, hi-tech aero bikes, rather riders must test their might riding a commuter style bike – complete with lights, rack, mudguards ect…

In fact, the bikes are provided by the race organizes, so no one can claim an advantage.

Fortunately though, the course is mercifully short at 8.5 kilometers. But, given its route along the Oosterscheldekering storm barrier on the North Sea, there’s no respite from the relentless gale-force winds. And, its tradition, that each year, the organizers wait until a storm is forecasted before setting the date.

This year’s winner was Pico de Jager from Amsterdam, who averaged 22.04km/h, while suffering a gale force wind that measured 7.