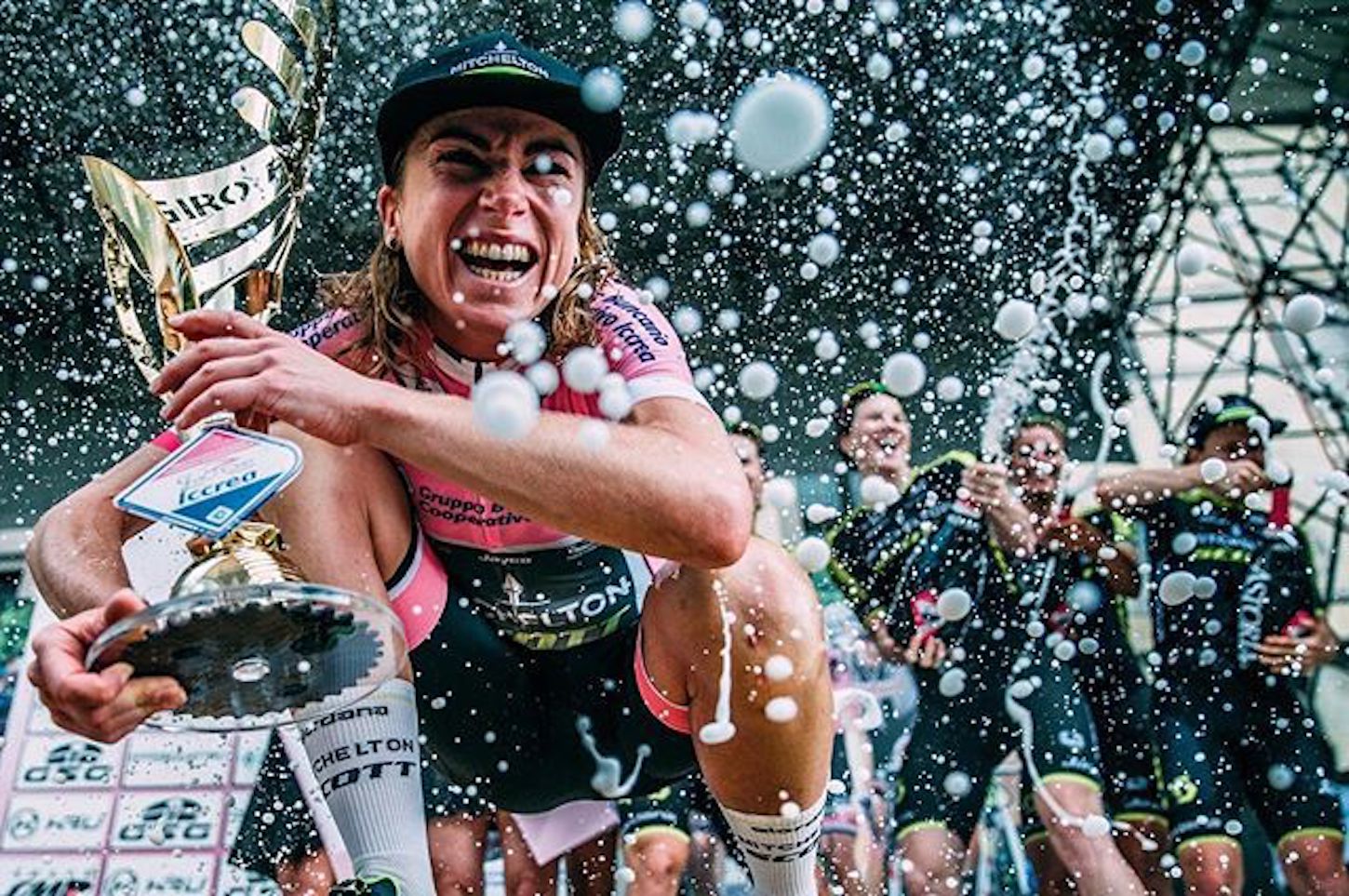 The Giro d’Italia Internazionale Femminile is the stage race that all stars of the UCI Women’s WorldTour want to bag. And those winning stars remain the experienced Dutch l: in addition to a second consecutive overall win, Annemiek van Vleuten (Mitchelton Scott) claimed the two most difficult stages while UCI World Champion Anna van der Breggen (Boels Dolmans CyclingTeam) had her day of glory and the queen of all the terrains Marianne Vos (CCC-Liv) took no fewer than four stage wins out of ten.

The ingredients for cycling’s success in Italy are replicated across both men’s and women’s versions of the national tour: history and geography. As the country celebrates the hundred years of the birth of their most charismatic cycling hero of all time, Fausto Coppi, the Giro Rosa, as it is commonly known, started in his area with an 18km team time trial ending in Castellania, the village of the campionissimo. As Boels Dolmans CyclingTeam and Trek-Segafredo were hampered by mechanicals, UCI World Champions Canyon-SRAM Racing confirmed their status in that specialty, winning by a margin of 24 seconds over the Bigla team led by Cecilia Ludwig. It put Katarzyna Niewiadoma, one of the favourites for the overall victory, in the Maglia Rosa with an advantage of almost a minute over van Vleuten and a little more over van der Breggen, making it an open race from the very beginning.

It always comes down to climbing in Italy – regardless of the region – although this Giro Rosa was only held in the northern part of the country. In a very animated stage 2, it was bunched up again with 6km to go, but the spectacular finale in Viù, on a slightly uphill terrain, favored Vos and it was already a Dutch domination with compatriots Vos, van Vleuten, Brand and van der Breggen taking the top four positions.

It wasn’t until half way into the race that van Vleuten would dethrone Niewiadoma from the lead in the overall ranking. Following a second victory by Vos and an Italian triple at Carate Brianza where Letizia Borghesi, Nadia Quagliotto and Chiara Perini finished in that order, all eyes were on the Passo Gavia. In May, the mythical climb had to be removed from the route of the Giro d’Italia due to excessive amounts of snow and risks of avalanches. The Giro Rosa was set to take the queen stage atop the gruelling climb at 2618 metres above sea level but the bad condition of the tarmac forced the organisers to switch the finish to Laghi di Cancano (alt. 1936m). It was hard enough for the best climber to emerge. Van Vleuten rode away solo, remembering that in 2011, at the same place, she ended up in the grupetto 40 minutes behind Emma Pooley. At the time, she was recovering from a knee injury and riding for Rabobank in support of Vos. Moreover, she’s the most improved cyclist of the past few years. “I just love working hard,” she explained. If not in Gran Canarias, she holds her training camps in the Italian mountains. At the beginning of 2019, as she was still on a recovery session after she broke a kneecap at the UCI World Championships in Innsbruck-Tirol last year, she trained with the guys of her Mitchelton Scott team and remembered she “cried in pain” on the third day, just trying to hold their pace uphill.

“It paid off”, van Vleuten added before confirming her superiority in the cronoscalata (uphill time trial) from Chiuro to Teglio. After stage 6, her advantage over Niewiadoma and van der Breggen was 4’17’’ and she collected the distinctive jerseys: pink, cyclamen and green (overall, points and mountains). In Maniago, as the race went to Friuli for more difficult stages, she got very emotional when he realised her 71-year-old mother had made the trip from her home in Wageningen to congratulate her. In the city of the knives, which has often hosted UCI Para-cycling events, Great Britain’s Elizabeth Banks stormed to a solo victory on a rainy day to get her first big result as an emerging cyclist. At the age of 28, the Yorkshire native (Bigla) only had a stint of the UCI Women’s WorldTour last year with UnitedHealthcare after she won the 2017 National Road Series.

There was a second queen stage on the second last day. At Montasio, where Vincenzo Nibali sealed his victory in the 2013 Giro d’Italia, it turned out to be a duel between van Vleuten and van der Breggen. The UCI World Champion showed her pride to come across to the Maglia Rosa and pass her 400 metres before the line to claim a prestigious scalp for herself with the rainbow jersey. Vos crowned it all in one last spectacular uphill finale in Udine, earning her 25thstage win at the Giro Rosa!