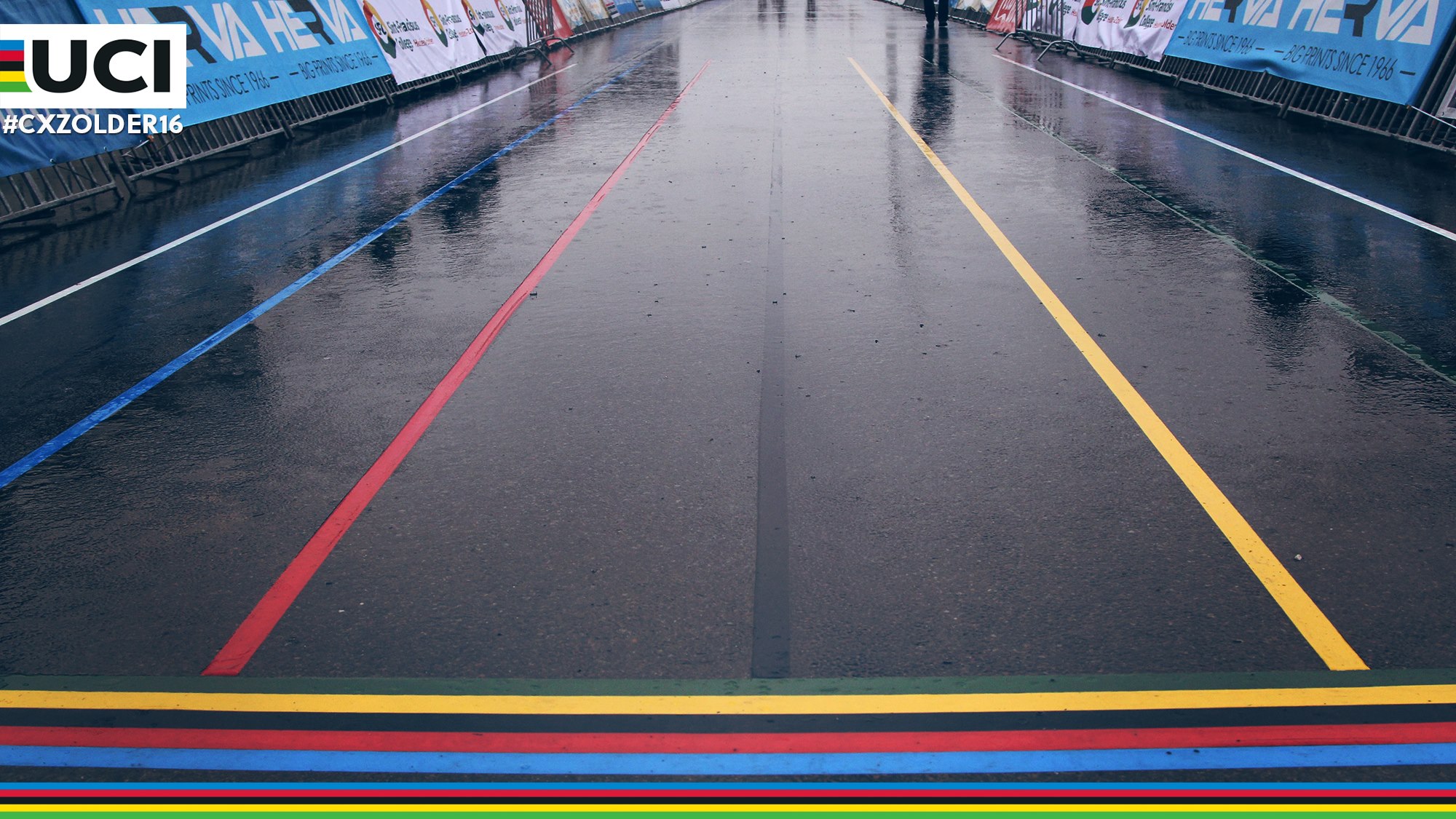 There were 61 riders from 20 nations at the start of the UCI Cyclocross World championships race in the Elite Men category today.

Defending champion Mathieu van der Poel was the top favorite to prolong his title. The other favorites were Belgian champion Wout Van Aert and European champion Lars van der Haar. The trio lived up to the expectations with a blistering acceleration at the end of the opening lap. Though several riders managed to bridge back up in the following laps it was clear that only these three riders had the weapons to win the rainbow jersey.

Halfway the race an incident turned the dynamics around when the lead group had grown to ten riders. Van der Poel misjudged the first corner of the very difficult off-camber section, hopping off his bike and landing with his foot in Van Aert’s front wheel. While Van der Haar powered away in front the duo was trying to untange Van der Poel’s foot out of Van Aert’s spokes. What seemed like ages was in fact ten seconds but the incident changed the race completely. From a controlling position the duo was suddenly thrown to the back of the top 10. Van der Poel lost his focus and never managed to get back to the front. He came back to third place in the final lap but eventually finished fifth. Van Aert seemed to use the incident to switch on his turbo, fighting back from tenth place.

Van der Haar had a bonus of more than ten seconds on first chasers Kevin Pauwels and Sven Nys with two laps to go. Nevertheless the Dutch rider shifted back when realizing an unleashed Van Aert was on his way. With a blistering fast sixth of eight laps he fought back from tenth place and halfway the seventh lap he bridged up to leader Van der Haar. At the end of the race the duo fought for the lead position ahead of the steep final climb. It was Van Aert who emerged first and found a better acceleration at the top of the climb, gaining a small gap. Van der Haar realized he was defeated and sat up.

After taking on the final corner Van Aert hit the finishing straight on the Zolder car racing circuit, taking time to celebrate with the thousands of fans and get his first World title in the Elite Men category. Van der Haar came up with a strong fight but had to be content with the silver medal. Pauwels won the battle for third place, finishing just ahead of cyclo-cross legend Sven Nys. The latter took his time when reaching the finish, waving to the crowd in his final World championships race. The Van der Poel-brothers finished in fifth and sixth place.