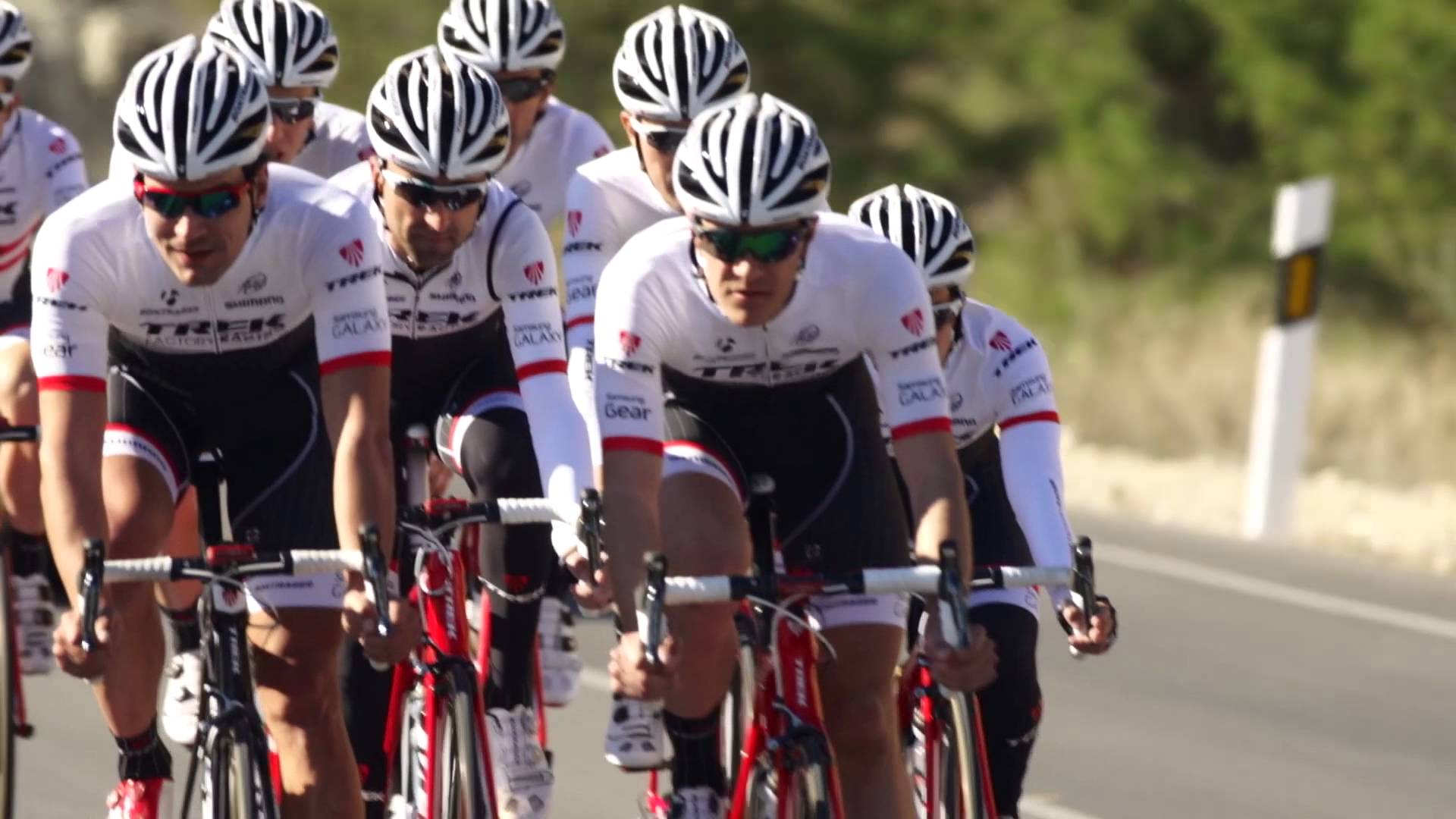 Fabian Cancellara, along with several of his Trek Factory Racing teammates, were involved in a crash while on a training ride in Alfaz del Pi, Spain this week, as captured by this on-bike video.

According to Trek Factory Racing, a total of 10 riders went down on a wet and slippy rotary, with Riccardo Zoidl suffering the worst of it with a 4-part fracture to his left collarbone.

Fortunately for Cancellara, the Swiss rider pretty much escaped unscathed in the chaos.

“We knew that this roundabout was slippery as 4-5 guys crashed in the group ahead of us and so we took it easy,” Zoidl explained. “I was sliding a little bit, but I could handle it and thought I was safe and then my teammate next to me crashed and went directly into my front wheel and I flipped over. We were not going fast, maybe 10-15km/h, but it was really, really slippery. I think a total of 10 of us crashed there.”

“I was super disappointed in the first five minutes after it happened, but now I have come to terms with it. This is the second time for me and I was really nervous the first time I broke my collarbone, but now I know what to expect with the rehab. It’s a shame that it was a short training camp for me, but everything in life has a reason.”

Zoidl is expected to return home to Austria Thursday where he will undergo surgery to repair the breaks by Friday.

“Our team doctor told me we can fix it with a pin and this way I can get back to training faster,” explained Zoidl from the team hotel in Alfaz del Pi, Spain. “I am fairly confident I can return to training and be back on the bike in one week, and then you don’t lose so much (fitness).”