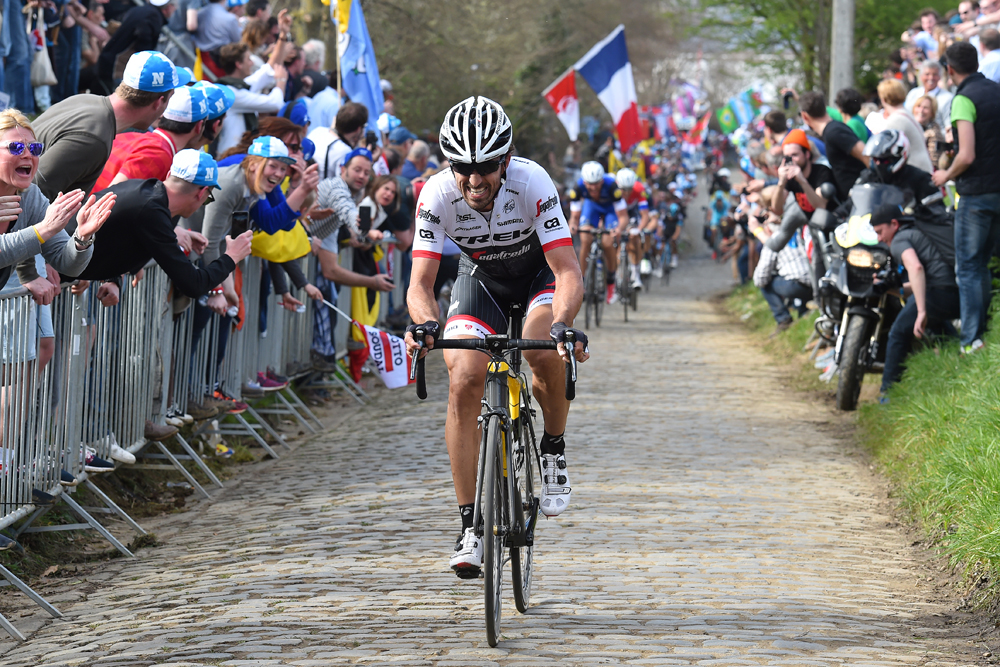 According to the Belgian newspaper, Het Nieuwsblad, retired pro Fabian Cancellara is trying to stop the sale of books that allege he resorted to  “mechanical doping” to win races during his career.

Last week, excerpts emerged from ex-pro Phil Gaimon’s new book, Draft Animals: Living the Pro Cycling Dream (Once in a While), which raise suspicion that Cancellara may have resorted to “mechanical doping” which led to the Swiss rider’s victory in two prominent races, as evidenced by a curious pedaling style and his unassailable power over top rivals.

“When you watch the footage, his accelerations don’t look natural at all, like he’s having trouble staying on the top of the pedals. That fucker probably did have a motor,” Gaimon wrote.

Shortly after being elected, new UCI president David Lappartient pledged to increase the role of cycling’s governing body in the fight against “mechanical doping”, with Gaimon’s book has reinvigorated.

“Of course, I heard all the rumors, like everybody, and I just want to know exactly. So we will investigate, that is our job,” Lappartient said.

“At this level, I cannot say more than this, but I hope that this never happened in professional cycling. If this was the case, it would be a disaster for the image of cycling and that’s why we have to fight. I want the people and the fans on the road to be able to trust the result, trust the UCI and trust the controls from our institutions.”

Cancellara has adamantly denied the accusations that he used “mechanical doping” during any point of his career, saying “my body has always been my motor”.