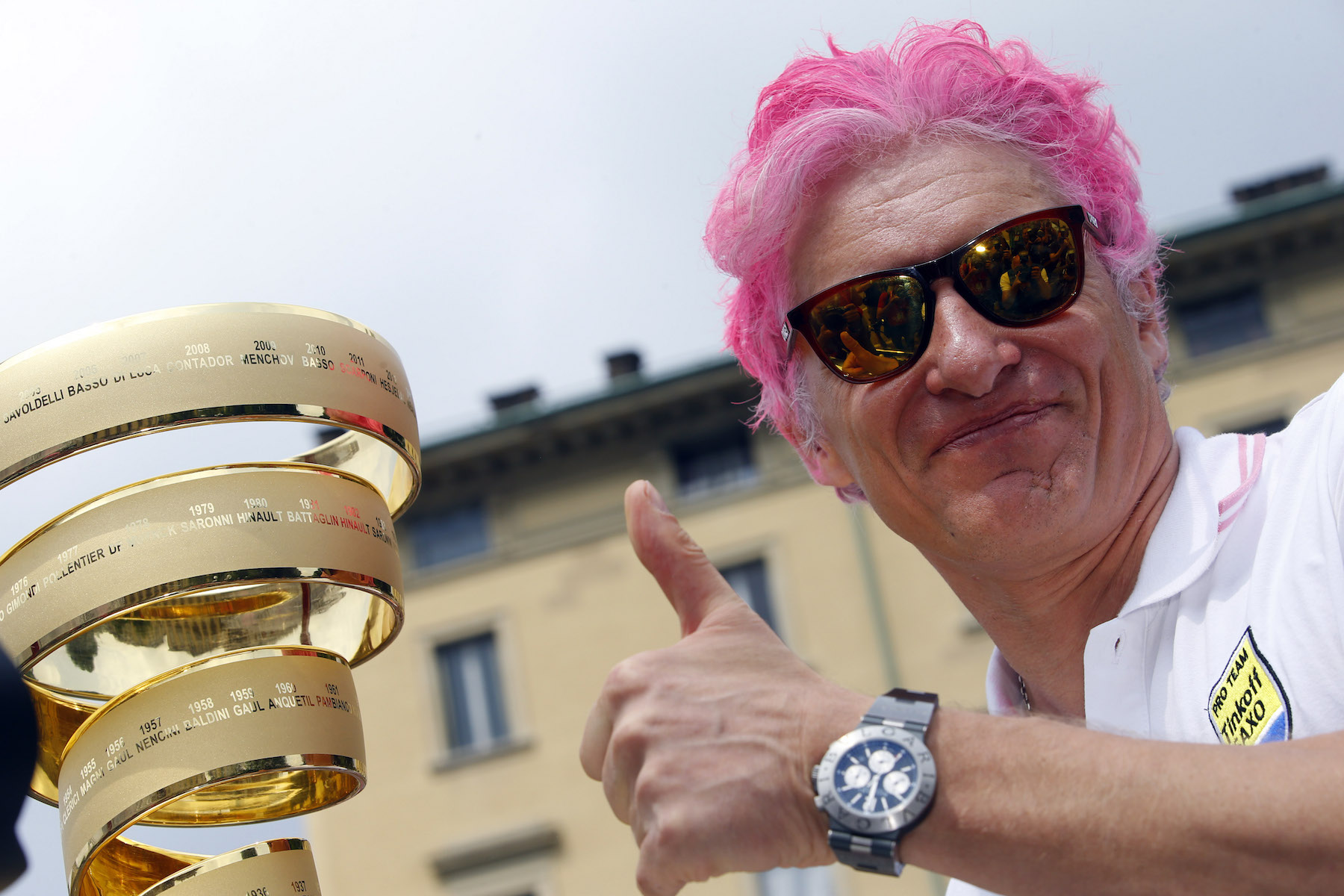 We’re not late on this one, we’ve simple decided to wait on the sidelines a bit, and let all of the expletives settle first. 😆

And, indeed that have, from no other than the mouth of Oleg Tinkov, who’s never at a loss for words (or should we say swears) when it comes to voicing his disdain for pro cycling’s corporate culture.

Indeed, after recognizing his futile attempts to reform the sport, the Russian billionaire plans to sever his ties with pro cycling at the end of 2016, with such parting sentiment as, “teams and sponsors will be left in the shit unless it changes”.

Over the course of the last year or so, Tinkov has been a leading figure for change in the sport, advocating for a reasonable and sustainable economic future for teams and their respective sponsors. However, he says his words have fallen on deaf ears.

As a result, Tinkov has decided to bid the sport adieu, with final four-word salute – “F*ck all of them.”

Speaking to the media over the weekend, Tinkov expressed the following:

“There are two main reasons for my decision and I hope people will understand them and then reflect on why professional cycling has lost a guy who has spent over €60 million and who loves the sport.

“First of all, Tinkoff Bank has sponsored the team for five years and from a marketing point of view that’s enough.

“We’re not a global bank, the economical situation in Russia is not great and my marketing people tell me that we’ve reached all the investors we can via cycling and sports sponsorship.

“We’ve decided we have to switch our advertising budget to direct TV advertising in 2017.

“That’s the logical, business side of my decision,” he went on.

“The other half is more complex and a lot more personal and is why I refuse to use any of my personal wealth going forward.”

““I’ve decided to sell the team and quit the sport because I’ve realised nobody wants to work with me to help change the business model of the sport.

“ In the last two or three years I’ve tried to fight with ASO and the UCI, I’ve tried to find new revenue streams via TV rights, merchandise sales and tickets sales but nobody really supported me and wanted to take a strong stand with me.”

Likening himself to a lone crusader, Tinkov lamented the lack of support for his ideas, saying, “Team Sky’s Dave Brailsford is the only one who tried to support me.”

Moreover, “Everyone should understand that nobody can fight ASO or push for changes on their own. We should back each other and then ASO wouldn’t dare kick out one team because we would all boycott the Tour de France.

“But if nobody else cares about the future of the sport, then why should I care? F*ck all of them!

”That’s my personal reason why I want to leave professional cycling. From January 2017, I’m gone.

“I’m out of cycling. I’ll jump on my jet, fly home and focus on my business interests and enjoying my life.

“Everyone who is left in cycling will be the ones who will be in the shit. They will have to try to survive year by year, trying to convince sponsors to back a sport that isn’t sustainable.”

In addition, Tinkoff feels that the UCI’s proposed reforms are not comprehensive enough, citing the need for five-year, not three year licences, along with a transfer system similar to football. To wit; “so that I could perhaps now sell Peter Sagan and make money.”

He added: “Sadly nobody has a strategic view or a real business plan for professional cycling. Everyone follows a 12-month view.

“But I’m a businessman and work with a 60-month view or even 90 month-view. Nobody can plan, and work with just a 12-month strategy. You won’t achieve anything.”