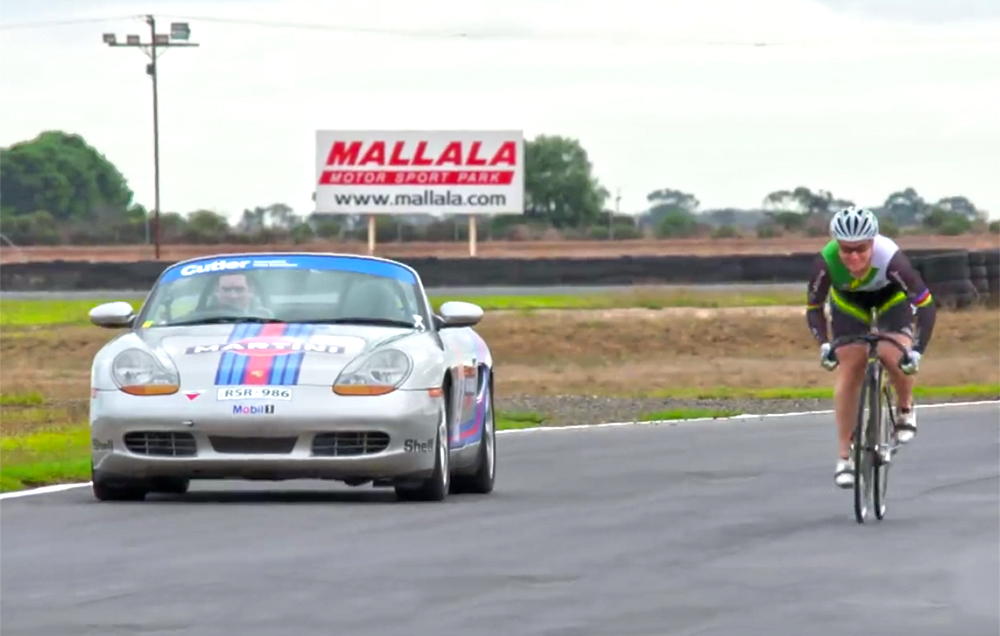 Olympic sprint champion Anna Meares showed just how powerful her acceleration is, after beating a Porsche Boxster in a short sprint.

Meares, who is capable of sprinting from 30kph to 60kph in just three seconds, easily beat the Porsche in an 80 meter sprint from a rolling start, as featured on the television show 60 Minutes Australia.

The track star’s duel with the Porsche comes just two months before Rio Olympic Games, where Meares will be defending the individual sprint title she won in London four years ago.