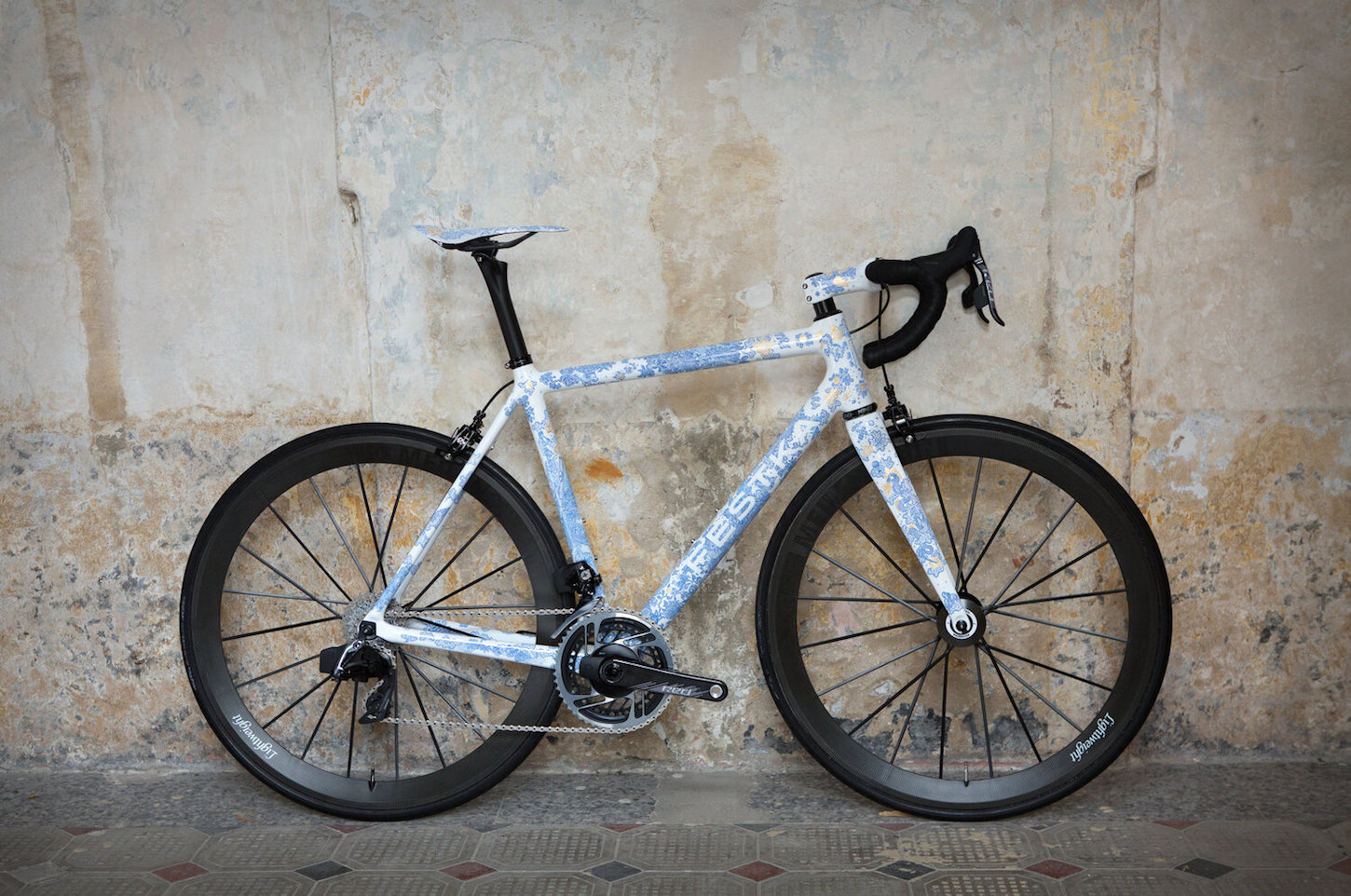 The ol’ Christmas adage To Give Is To Receive is great for the receiver but not so much for the giver in the case of Festka’s hand-painted porcelain Spectre road bike, which carries a whopping price tag of $35,000.

That’s if you could get one.

In addition to the dazzling artwork, the brushstrokes on this one-of-a-kind frameset contain 24 carat gold details throughout, which Festka says took the artist more than a year to complete.

“Our latest Bespoke project is a bicycle for an avid bike collector based in Bangkok who also happens to be a porcelain lover. The project which took thirteen months to complete required an enormous creative input. Festka’s art director Tom Hnida says he knew immediately who to invite on board for it: Michal Bacak, the renowned Czech artist and illustrator. Luckily Michal loved the idea of decorating a bicycle frame by hand. He created his own amalgam of the Portuguese Azulejo and English Churchill Blue Willow decorative styles – drawing in cobalt blue complemented by accents in 24 carat gold. Every single detail was carefully thought out and consulted with the client. The design shows all the milestones in the life of the owner, from the names of his children to his hobbies such as traveling, playing the flute and his love of bicycles and the sport of cycling'” says Festka.

“When the client told me what he wanted, I knew immediately who to invite to participate. I love the work of Michal Bačák, especially his ability to work in the minutest detail. The design works two ways – the frame looks wonderful from afar but it’s when you take a closer look that the stories start to appear,” says Hnida.

Despite its fragile appearance, Festka is quick to point out that this one-off Spectre is meant to be ridden, and ridden hard.

It wasn’t just the frameset that was treated to this elaborate paint scheme, as the stem and saddle also received the intricate detailing as well.

“To get a perfect match we had to strip off the silver manufacturer’s logos and replace them with more subdued hand painted designs of our own conception,” adds Hnida.

In the tragic event the bike was ever stolen, the owner could at least take solace in knowing that it could be easily identified.