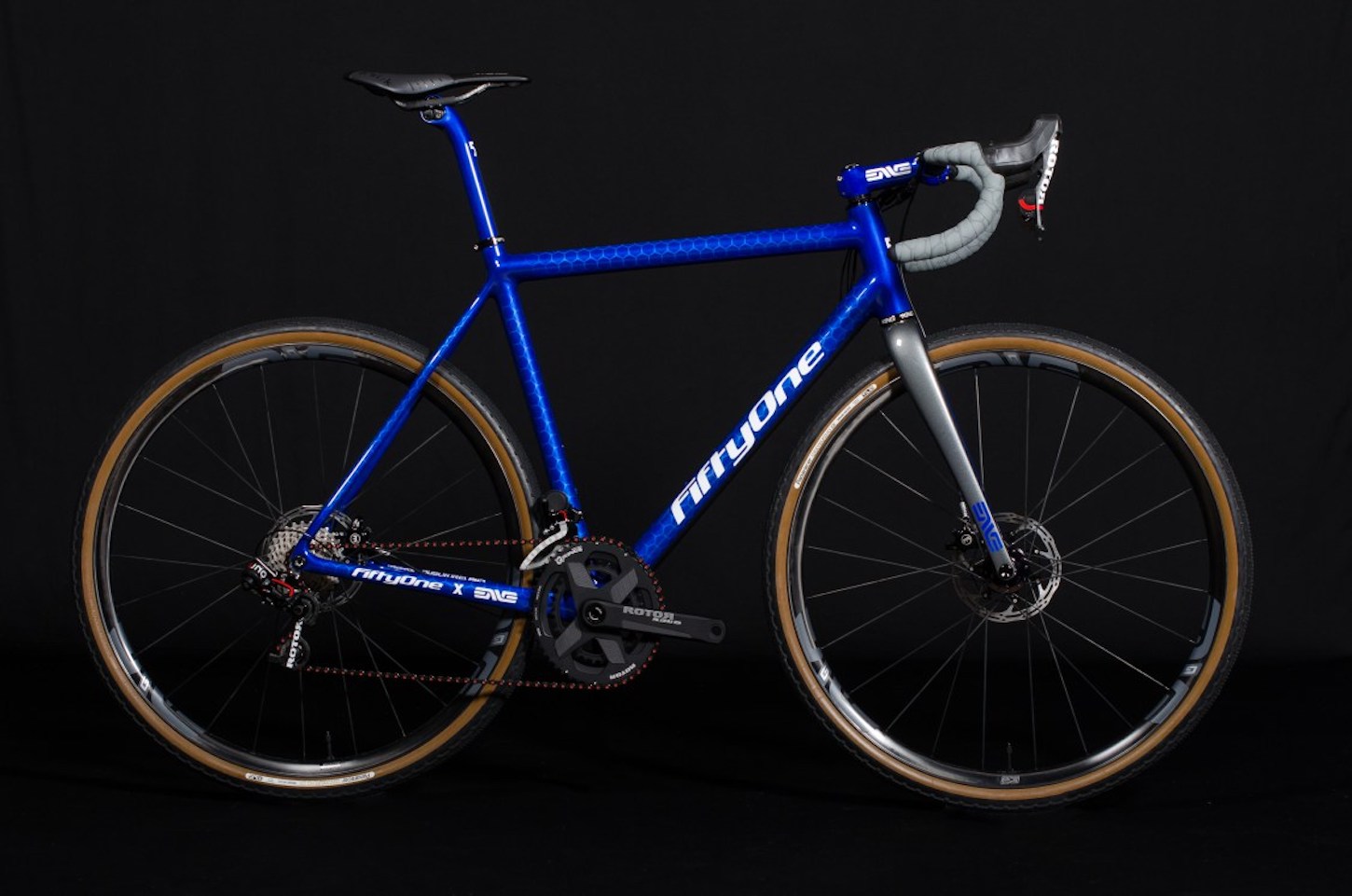 The bespoke Irish bike brand, FiftyOne Bikes, teamed up with ENVE Composites to launch a limited edition gravel bike called the Steinès, which was unveiled during last week’s Eurobike show in Germany.

The limited edition Steinès pays homage to the history of the Tour de France with a special paint scheme, along with a set of wheels from ENVE’s newly launched gravel specific G-Series carbon hoops.

Handmade at FiftyOne’s workshop in Dublin, the limited edition Steinès gravel bike is built in accordance to the rider’s specifications and tailored geometry, providing additional clearance for a 52t chainring and 42mm tires, along with ENVE’s new G23 wheelset to provide optimal strength, reliability and pinch-flat protection – capable of conquering the rigors of “gravel grinding”.

“Designed for a true lover of all things Tour de France, the Steinès was built to commemorate Alphonse Steinès – assistant organizer of the Tour de France to founder Henri Desgrange. Steinès wanted to make the Tour harder than it ever was, and while preparing for the 1910 Tour, he set off on a reconnaissance mission to the Tourmalet – the highest pass in the Pyrenees. He was met with weather conditions conditions so immense that he was forced to abandon his car and continue on foot. Steinès became lost in the wilderness and found himself trapped in a snow drift. Despite death seeming imminent, his location was discovered in the early hours of the following morning and was rescued by a search party. Steinès did not hesitate to immediately contact Desgrange. His telegram read: “Crossed Tourmalet. Very good road. Perfectly feasible”, explains FiftyOne Bikes founder and president, Aidan Duff.

Indeed, said words can be found on the toptube of the Steinès, as well as the famous poem Invictus by William Ernest Henley scribed along the downtube, which is a subtle reference to the 1910 Tour winner Octave Lapize, who upon ascending to the peak of Tourmalet shouted at the officials “You are assassins!”

The Steinès represents the second collaboration between FiftyOne Bikes and ENVE composites, which was sparked by the success of their last project – the ENVE10.

As mentioned, the Steinès is a limited edition bike, with only 10 frames being made to order, with each one being built to client’s specifications in keeping with the bike’s design.

You can learn more about the Steinès and the rest of FiftyOne’s glorious range of bikes by visiting their website here.