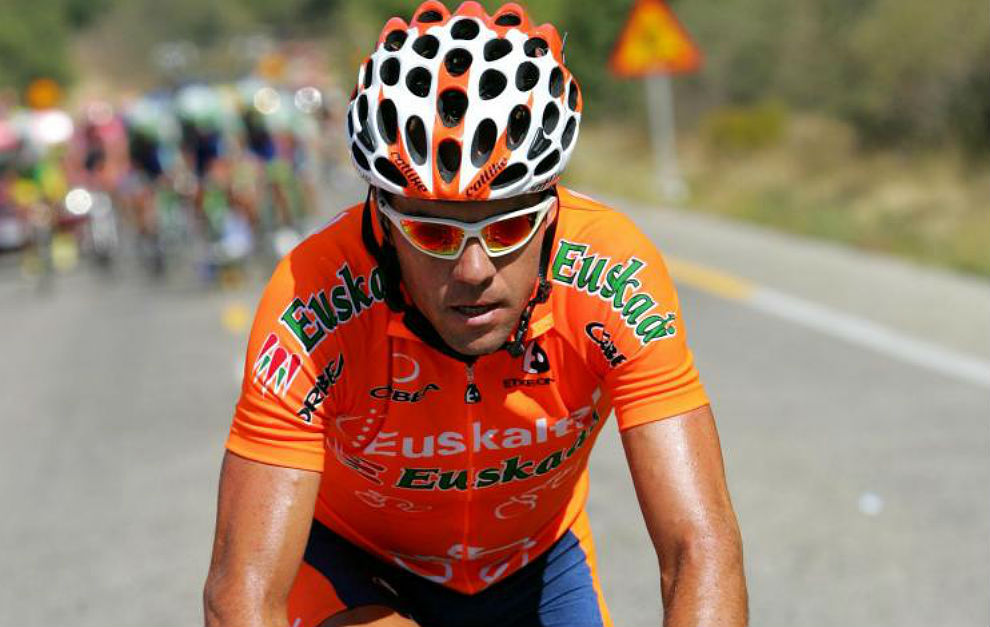 Just as the jazz song goes,“Love laughs at a king …  Kings don’t mean a thing … On the street of dreams.., such can be the case with a former cycling great who has apparently lost his way after hanging up his bike.

According to a report in the Spanish newspaper, Marca, 2002 Vuelta a Espana winner, Aitor Gonzalez, was arrested following an attempted break-in at a mobile phone store in Alicante, Spain, marking the former pro’s fourth brush with the law since his retirement.

According to the report, the 41-year-old Gonzalez was arrested in the early hours of Tuesday morning, after he was apprehended by a police officer who responded to the call.

After being released on bail pending trial, Gonzalez told the media, “I have never been charged with a crime of theft of property in my life. Never.”

“I was with some people I met while out partying,” he went on. “They smashed a window, but they weren’t stealing.”

While riding for the famous Kelme-Costa Blanca team, Gonzalez won the 2002 Vuelta on the final day’s time trial when he overcame 1:08 advantage held by the US Postal team’s Roberto Heras.

In addition, the Basque rider won the 2005 Tour de Suisse while a member of the Euskaltel-Euskadi team, but later that year failed an anti-doping control at the Vuelta for which he was handed a two year ban – prompting his retirement at the young age of 31.

Gonzalez was also arrested and found guilty of driving under the influence of alcohol and cocaine in 2007, which resulted in a loss of license for one year.