Froome Lashes Out at Nibali for “Un-Sportsman” Behavior 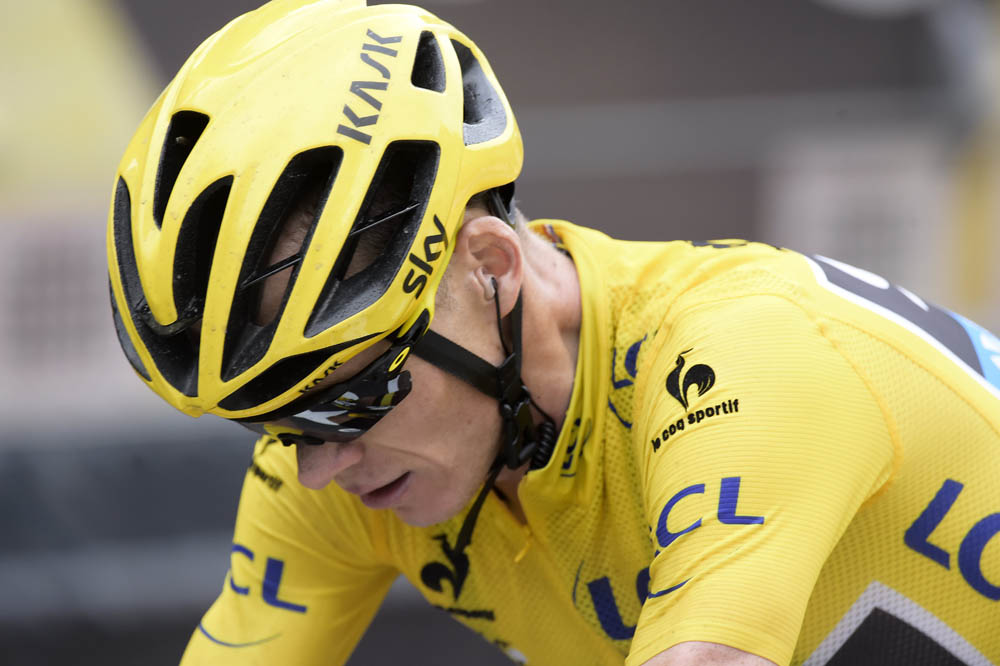 One man’s misery is another man’s fortune, at least that’s how Chris Froome feels about the way Vincenzo Nibali seemingly took advantage of a mechanical problem he was having, when the Italian rider decided to attack during today’s stage of the Tour de France.

A small stone caught in his brake caliper, forced Froome to momentarily stop during today’s penultimate climb – in order to dislodge it. It was then, that the British rider says Nibali seized the opportunity to attack him.

“I’m pretty sure he looked around, saw I was in trouble and attacked,” Froome said. “And in my opinion you don’t do that to the race leader, it’s not sportsmanlike,”Froome after the race.

According to reports, Froome immediately confronted Nibali after the stage.

“I don’t deserve the words he said, they are too hard, and not right to say,” Nibali said.

“He was very upset with me and I don’t understand his problem. But when the race is going on, there are problems, like when Alberto Contador crashed the other day. It was only 3km later we knew [about the mechanical]. Also, today, I didn’t hear any info on race radio. I just kept moving and going for the win.”

Froome was seen briefly stopped along the Col de la Croix de Fer, before cameras panned toward coverage of the group. It was in those few seconds that Froome was stopped – tending to his brake problem.

“I just suddenly felt as if my back wheel locked up,” Froome added. “A bit of tar or a small stone had locked itself between my brake calipers and my back wheel so I had to stop, take the wheel backwards just to get the stone out. Unfortunately, that was the moment Nibali decided to make his move.”

In defense of his rider, Astana’s general manager, Alexandre Vinokourov, said that the team did not radio to Nibali to attack during that moment.