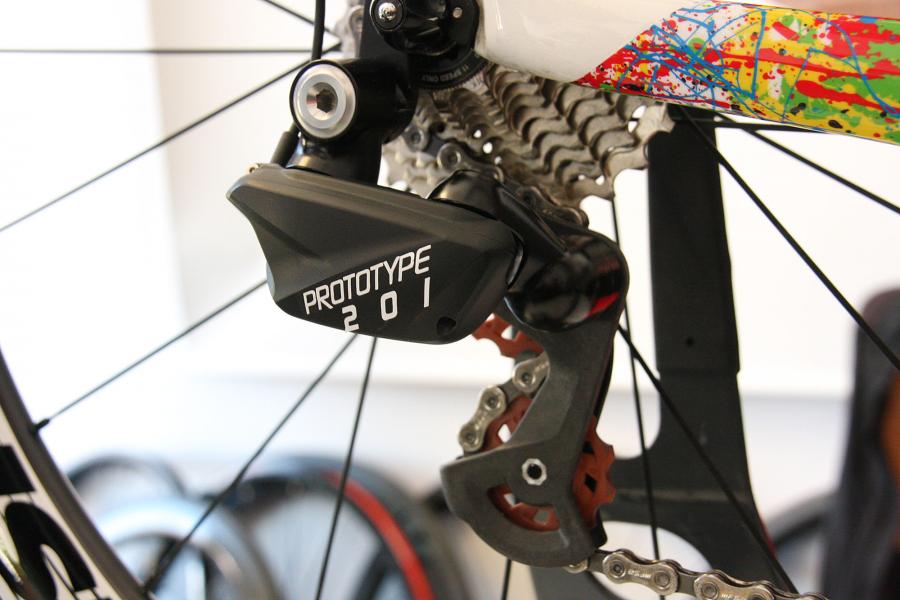 This is the time of the year, when every manufacturer in the bike industry show off its wares – at the annual Eurobike show.

Such is the case with FSA, and its long-rumored wireless groupset.

While the groupset was unveiled in prototype fashion, given its overall polished appearance, one can only assume that its launch is imminent.

Emblazoned with the words, Prototype 201 across its parts, what can be gleaned about the groupset, is that it’s a mix of wired and wireless features.

For example, wires can be clearly seen attached to the front and rear derailleurs, while the shifters appear to be wireless.

In the case of the shifters, they may in fact be a wireless design, with a cleverly designed battery compartment, or the wires may simply have been hidden for the purposes of display. It is after all a prototype groupset.

In any case, this was FSA’s way of capitalizing on the year’s biggest bike show, and giving us a glimpse of what will hopefully be part of the very near-future, while also remaining tight-lipped about their product.