CapoVelo.com
CapoVelo.com - - Funeral Home in Pairs Makes It Possible to be Cycled to the Promise Land Via a Bicycle Hearse
104613
post-template-default,single,single-post,postid-104613,single-format-standard,no_animation 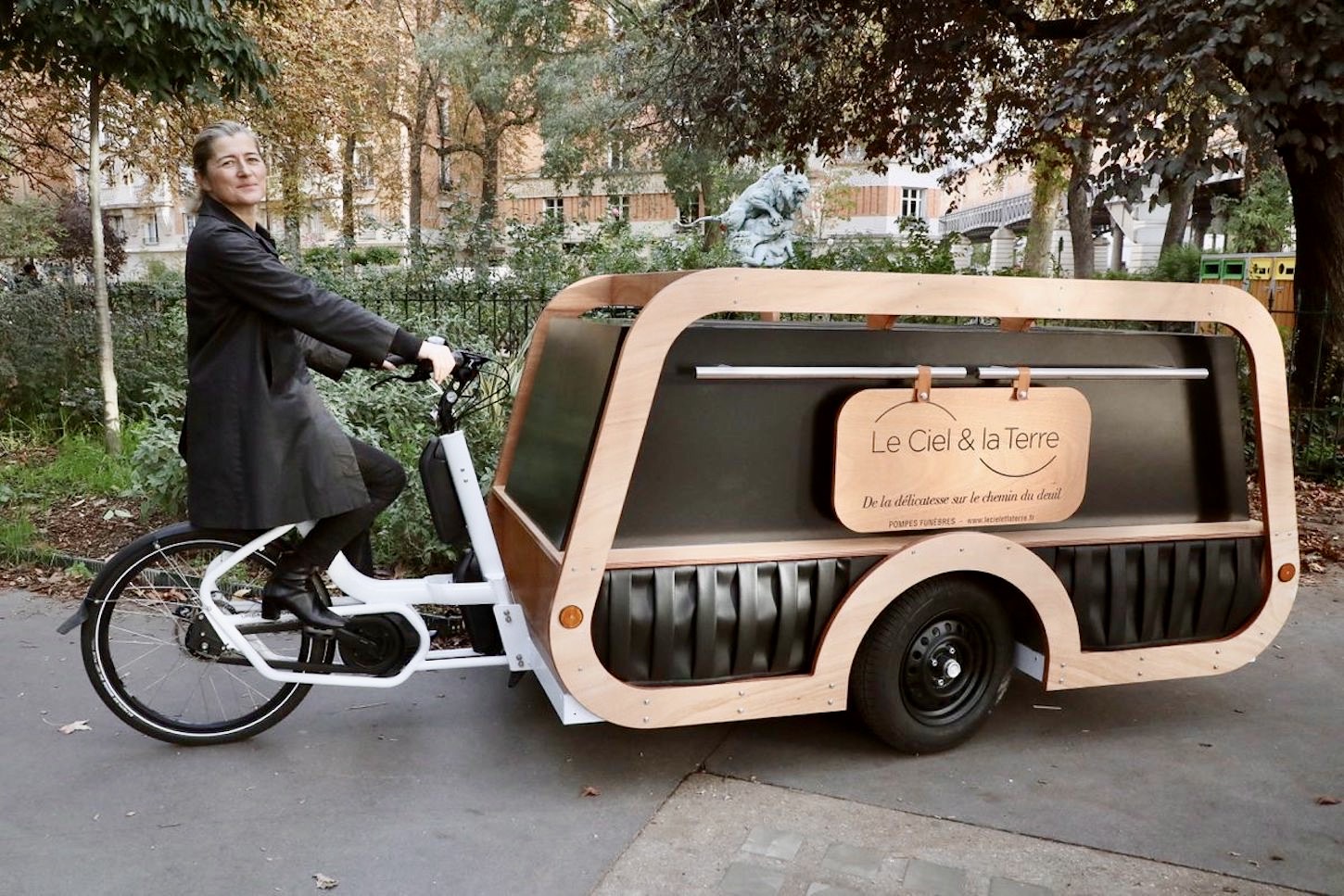 A funeral home in Paris is making it possible for cycling worshippers to take their final trip to the Promise Land courtesy of a bicycle-powered hearse.

The Corbicyclette, a name combining the French words for bicycle and hearse, was created by Isabelle Plumereau, the founder of Le Ciel & La Terre funeral home, which was designed and manufactured by Carapate-Design in Nantes

“I had dreamed of making this idea a reality for several years,” said Plumereau. “We needed a bike big and powerful enough to accommodate this precious load and a partner to fit it out by combining strength, lightness, and stability, with a soft, pretty, comforting design. I fell in love with the Carapate Aventure caravans, designed by Fabien Denis and Jean-Marie Reymond in an ethical and responsible approach. They were immediately enthusiastic about this challenge!”

According to Le Ciel & La Terre, the hearse is anchored to the platform of an electrically assisted steel three-wheeled bicycle, the airtight compartment intended to accommodate the coffin is made of solid, light, natural and environmentally friendly marine plywood.

Additionally, the Corbicyclette is a soft mobility option that is quiet, which doesn’t emit any noxious fumes and greenhouse gas. It’s also ideally suited for the city center of Paris that’s currently ongoing major infrastructure improvements in order to make it more accessible for active transportation including cargo bikes.

“The Corbicyclette is a solution adapted to our city centers in full mutation,” states Le Ciel & La Terre. “Rolling on the road as much as on cycle paths, it saves time for urban travel.”

Interestingly, bicycle hearses already exist in other places like Copenhagen, along with a funeral home in Eugene, Oregon.

So, if you happen to be out riding one day and suddenly hear someone yell “on your left”, followed by a plume of formaldehyde, it might be that you were just passed by said hearse on its way to taking a fellow cyclist to his or her final stage.