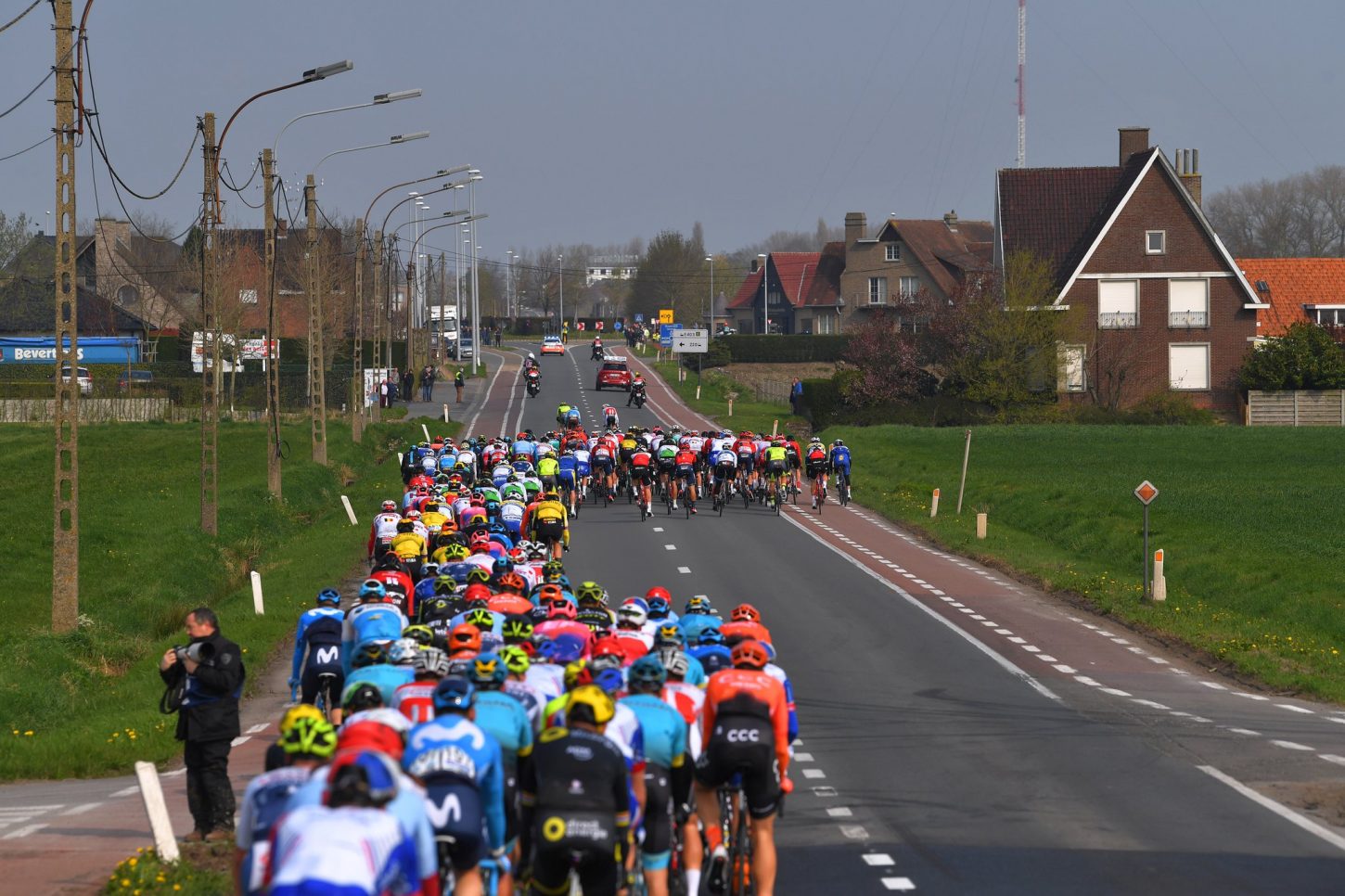 Coming into the final stretch it was anybody’s guess as to who would take the victory, but it was Kristoff who came out the victor in a field containing the likes of Elia Viviani (Deceuninck Quick-Step), Matteo Trentin (Mitchelton Scott), Peter Sagan (Bora – Hansgrohe) and John Degenkolb (Trek Segafredo).

The finale to the 252-kilometer classic was a dramatic one, with a late catch of the breakaway leading to an extremely cagey finale witha flurry of last-ditch counter attacks. With Deceuninck – Quick Step all but exhausted after putting in a huge shift to peg back the break, they were unable to continue their winning ways by putting Elia Viviani in for a win. Instead, it was a last-minute attack from a quartet of riders who animated proceedings at the death. Sebastian Langeveld (EF Education First), Jack Bauer (Mitchelton Scott), Jasper Stuyven (Trek Segafredo) and Amund Jansen (Jumbo Visma) were the four riders who rolled the dice, but they were overhauled within 500 meters of the finish.

Kristoff timed his effort beautifully, surfing the wheels of his rivals before blasting to the line just ahead of Degenkolb in second and Oliver Naesen (AG2R) in third. The 31-year-old has struggled to regain the sort of form that saw him win the Tour of Flanders in 2015, but today’s sprint saw him at something close to his best.

The action began early in the day, when an elite echelon of 20 riders, including Sagan, Trentin, Degenkolb and Stuyven forced their way clear of the peloton. This set the theme for the day, with the peloton behind forced to expend huge amounts of energy to close down the gap. The escape’s advantage never grew beyond the two-minute mark, but the 18-strong group (two riders were dropped in the early stages) worked well together and put up a valiant resistance.

On the race’s first ascent of the Kemmelberg, the break was whittled down to a smaller selection, with more and more members unable to handle the pace as the route tackled a tortuous circuit of cobbled Flandrian climbs. With two of the ten climbs remaining, the lead group was reduced to four: Sagan, Trentin, Edward Theuns (Trek Segafredo) and Mike Teunissen (Jumbo Visma). Team Sky’s Luke Rowe put in an epic effort to bridge over to that elite selection after initially being dropped from the original 20 and swept in by the peloton. Kristoff also made an attempt to bridge to those five leaders, an effort that was ultimately unsuccessful – which makes his eventual victory all the more impressive.

With 19 kilometers to go, the final vestiges of the break were eventually reeled in – leading to a flurry of counter moves. Rowe tried his hand a couple more times, as well as the Dutchman Niki Terpstra (Direct Energie) and his compatriot, Langeveld, before the final foursome eventually made a small gap.

Ultimately, none of these moves were successful, with Kristoff’s wealth of experience allowing him to time his effort to perfection and outstrip Naesen and Degenkolb at the very last gasp.

It is Kristoff’s second victory of the year after taking the opening stage in the Tour of Oman. He is the third Norwegian to win the race after Thor Hushovd and Edvald Boasson Hagen.