The GeoOrbital Wheel Turns Any Bike into an Electric Bicycle 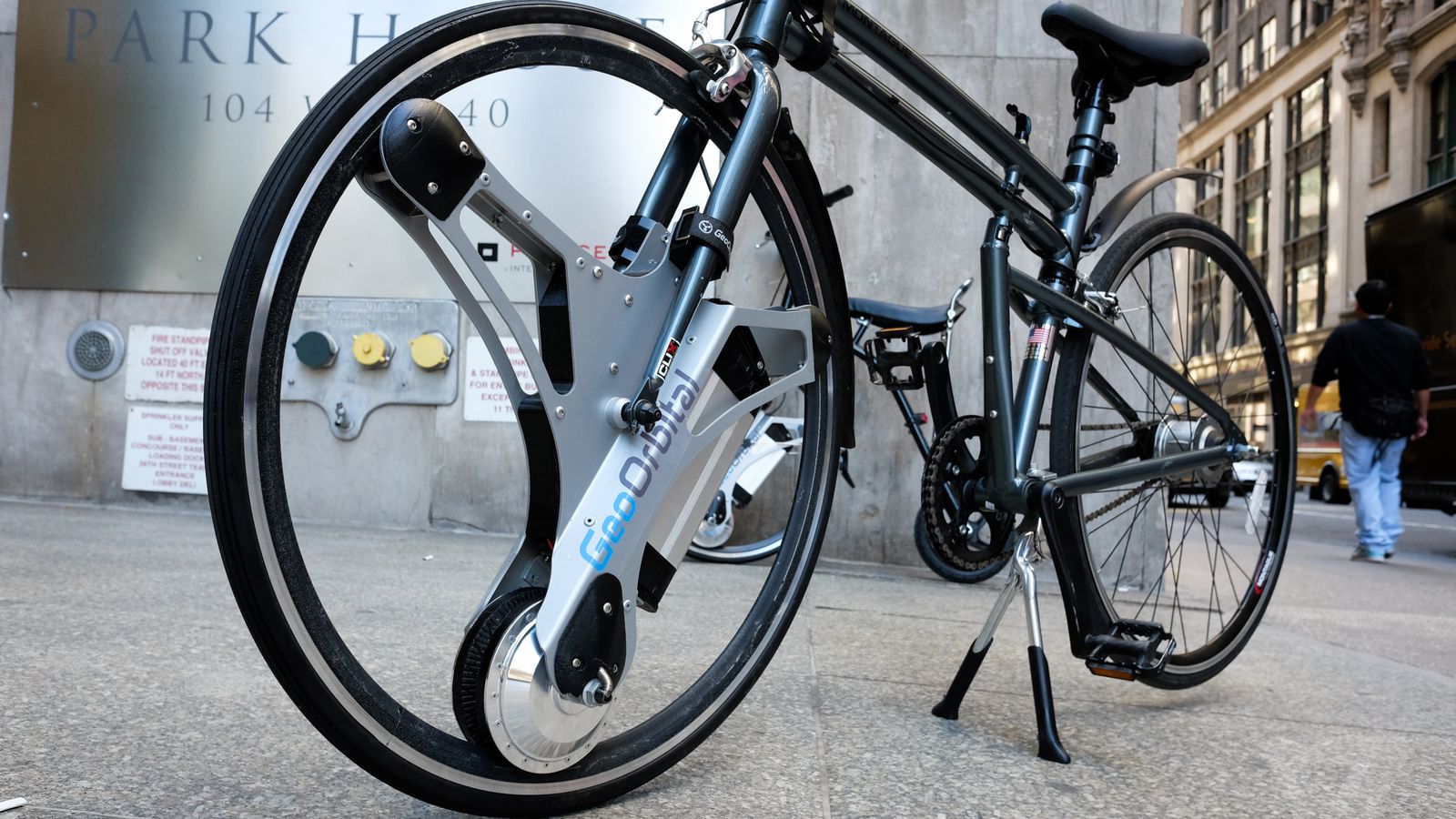 According to the designers, the GeoOrbital wheel can transform virtually any bike into an electric bike in less than 60 seconds.

“Commute on your bike, on your own schedule and without exerting more energy then you see fit. No more traffic. No more looking for parking or waiting for the bus. Getting around by bike is better for you and for the environment”, says the designers.

Over the course of two years, a team of engineers from SpaceX and Ford collaborated to come up with a viable design that could transform any bike into an electric one. And, after thousands of hours research and testing, the team came up with the GeoOrbital.

From there, the team took to the road and tested the GeoOrbital on hundreds of bikes across a broad range of styles.

As a result, two sizes were produced, 650c and 700c, which according to the designers, are capable of covering over 95% of all adult sized bicycles.

The GeoOrbital is powered by a 500W Brushless DC motor and a Panasonic 36V Lithium-Ion battery, which can last up to 30 miles on one charge, or up to 50 miles with pedal assistance.

Just how powerful is the GeoOrbital? The designers claim that the wheel is capable of propelling a bike from zero to 20 miles per hour in just six seconds, which is pretty impressive.

The GeoOrbital’s motor is nicely tucked way away within a triangular “gear” house that would ordinary be occupied by spokes. The only part of the system that isn’t housed within the snap-on front wheel is a throttle piece that clips onto your handlebars and features a power button and a discreet string of lights to indicate remaining battery life. Also, the designers say they were able to rule-out the concern of getting a flat tire, by virtue of the GeoOrbital’s solid, high-density foam tire.

Additionally, a built-in USB outlet allows riders to charge their phone or even bike lights when they’re on the move.

The GeoOrbital was clearly modeled after the hubless wheel that was made popular by the recent remake of the sci-fi hit film TRON, which may account for the fact that it far exceeded its $75,000 fundraising goal in just 78 minutes – amassing enough capital to put the wheel into full production.