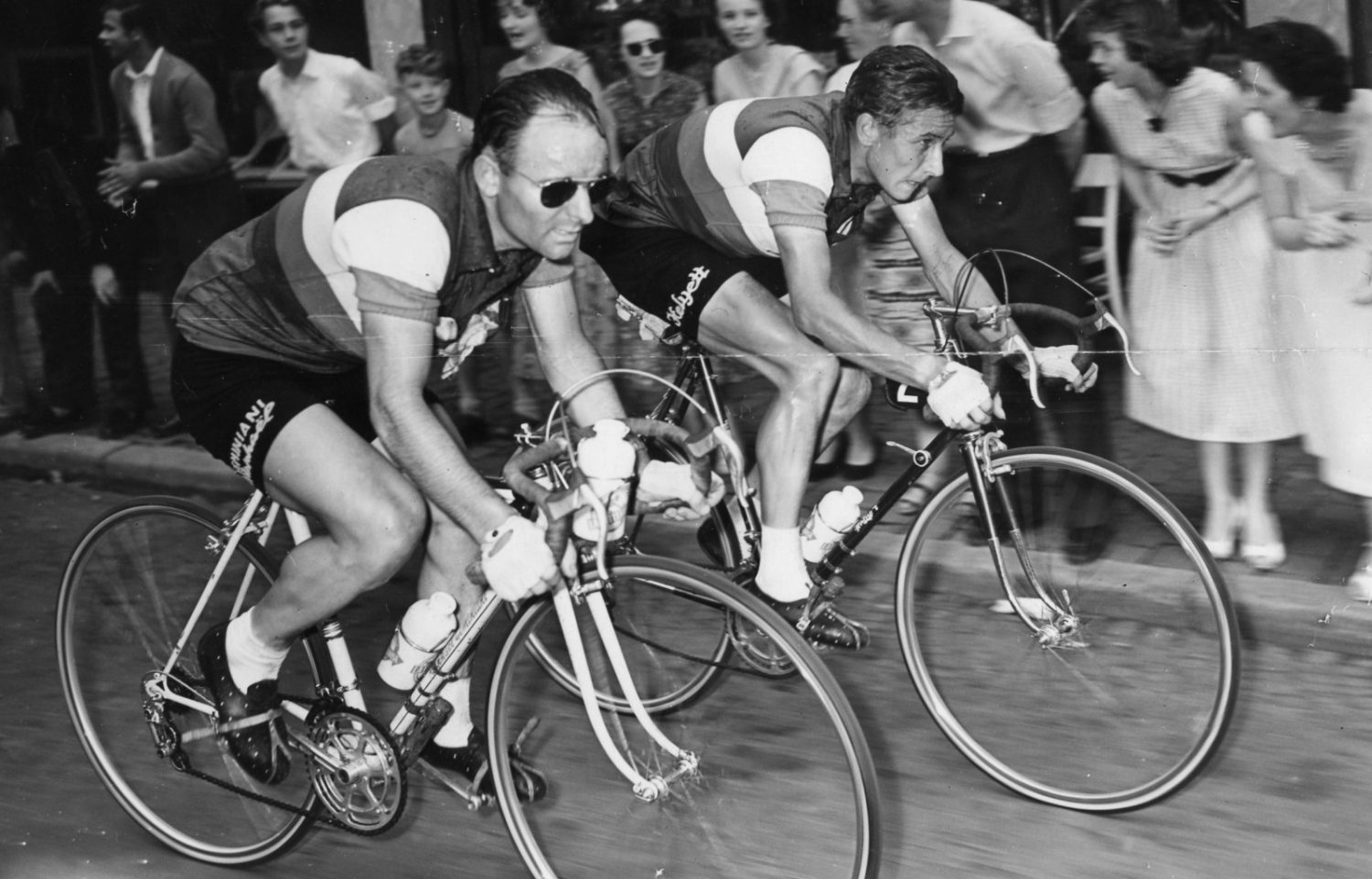 A belated happy birthday to Gilbert Bauvin, who was born on August 4, 1927.

The French rider is best known for standing on the podium of a Grand Tour event, after finishing 2nd in the 1956 Tour de France behind fellow countryman Roger Walkowiak.

Bauvin also claimed the coveted maillot jaune (yellow jersey), wearing it for just one day during the 1951 and 1958 French Grand Tour, and for two days during the 1954 race, while racking up a total of five stage victories.

In addition, Bauvin earned a top-ten finish in the Vuelta a Espana, after finishing in 7th place during the 1956 race, while accruing a handful of stage victories in both previous and post Vueltas.

Bauvin was also an accomplished cyclocross racer, finishing 2nd in the 1953 World Championships.

After retirement, Bauvin returned to his native hometown of Lunéville, France, where even at age 90 he’s known to appear as both a spectator and race dignitary at local events and when stages of the Tour de France pass through his area.