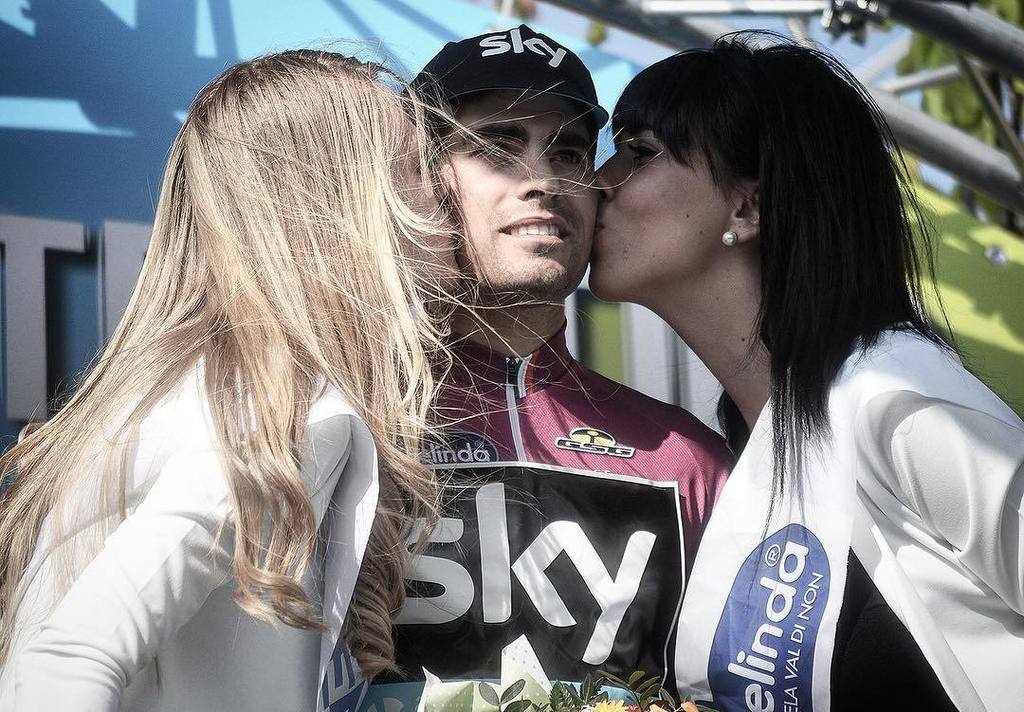 Meanwhile, Mikel Landa (Team Sky) crossed the finish in third, which was enough for the Spanish rider to clinch the overall race victory by just 2 seconds ahead of Kangert.

However, Landa remained remarkably calm under pressure on the final hilly stage that ended in Cles, timing his sprint perfectly to edge into third place, giving him the crucial bonus seconds he needed to clinch the general classification.

After the finish Landa admitted he was aware of just how fine the margins were, but was happy to now carry the winning momentum into next month’s Giro d’Italia.

“With the bonus seconds at the finish, it was always going to be dangerous today,” he confirmed. “When I saw Kangert with Jakob [Fuglsang] I thought they would have a good sprint, but fortunately

I was able to take some bonus seconds of my own and keep the jersey. I’m really happy. The team did really good work to keep this jersey.

“It was a difficult day. The last climb was really hard and because of that I lost some team-mates. Fortunately Philip was able to give me some really good support in the final kilometers.

“I think overall my climb on stage two was key. I was able to make some time at the finish to take the lead and make a difference. We lost some time on day one in the team time trial, but we gained it all back the next day. It was a perfect Giro del Trentino for us.

“It’ll be really nice for me to arrive at the Giro d’Italia having taken this victory and it will give me more confidence to fight for the maglia rosa. Now I will recover, train hard and then go to the Giro!”

Early in today’s 161 kilometer stage, Astana animated the race by sending Vincenzo Nibali up the road. The Italian was just 2:45 off the fuchsia jersey and which demanded the attention of Team Sky, who rode hard to pull back the deficit.

With his team-mates pulling off one by one after working tirelessly, Landa was eventually isolated, but showed great presence of mind and awareness to manage his efforts and carve out a hard-fought victory, as well as the mountains jersey. That all ensured back to back success for Team Sky in Trentino, following from Richie Porte’s victory in 2015.

In the meantime, Tangert secured second overall, while his Astana teammate, Jakob Fuglsang came home in third, at 14 seconds back.