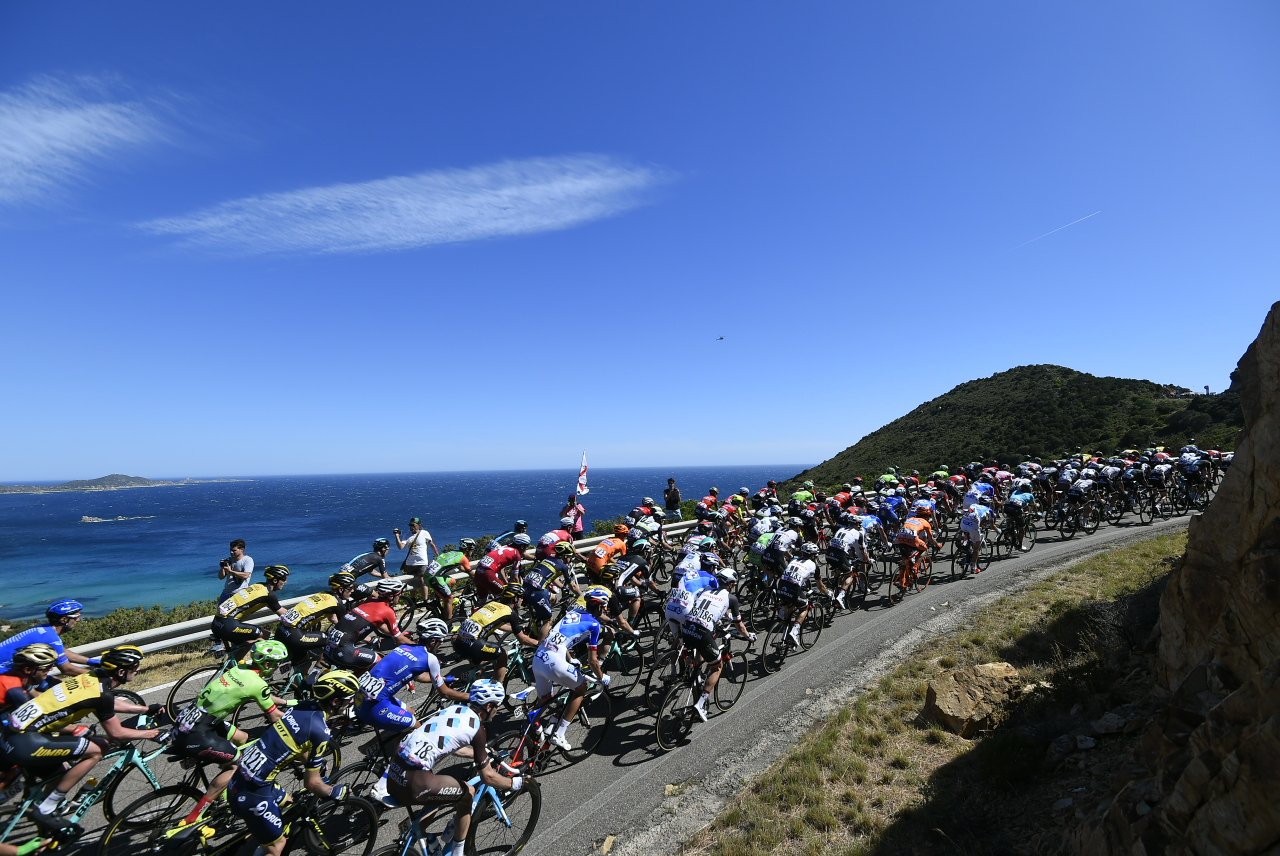 The Colombian rider succeeded in holding off his closest rivals Rüdiger Selig (Bora-Hansgrohe) and Giacomo Nizzolo (Trek-Segafredo) to seize the sprint finish.

As a result, Gaviria’s victory propelled him into the overall lead, with a nine second lead over Lotto Soudal’s André Greipel, followed by stage one winner Lukas Pöstlberger, who now sits third in the overall classification at 13 seconds back.

The stage had been building up slowly with strong winds shaping the final sprint, while the peloton remained compacted together during the last 20 kilometers.

Not long after, Bob Jungels, alongside his teammate, Iljo Keisse, became the main instigators, taking a majority of their Quick-Step with them during a breakaway attempt with 10 kilometers to go.

Gaviria wasn’t the only sprinter to make it into the front group, with Italian champion Giacomo Nizzolo (Trek-Segafredo) in there, as well as race leader Greipel.

The group quickly gained 15 seconds on the main bunch, but Greipel seemed to suffer a mechanical problem and was forced to drop off, briefly joining Geraint Thomas (Sky) in pursuit of the front group before rejoining the peloton.

Meanwhile, Quick-Step were burning through their men to pull the gap to over 20 seconds, with Jungels forced to pull the last 2.5 kilometers by himself to ensure he could take as many seconds as possible.

As they made it within the final kilometer, Nathan Haas (Dimension Data) who had also made it across, tried a long range attack, pulling Gaviria with him.

Nizzolo then followed but got boxed out by Max Richeze (Quick-Step) and Haas, allowing Gaviria to sprint free to take his first Grand Tour victory in his debut ride at a three-week race.

There were no significant losses among the GC contenders. Geraint Thomas finished with his Sky teammate Landa, Adam Yates (Orica-Scott), Vincenzo Nibali (Bahrain-Merida) and Nairo Quintana (Movistar) in a group that finished 23 seconds behind.

Ilnur Zakarin (Katusha) was the only overall hopeful that lost more time, adding to the time he also lost after a mechanical problem during stage two.