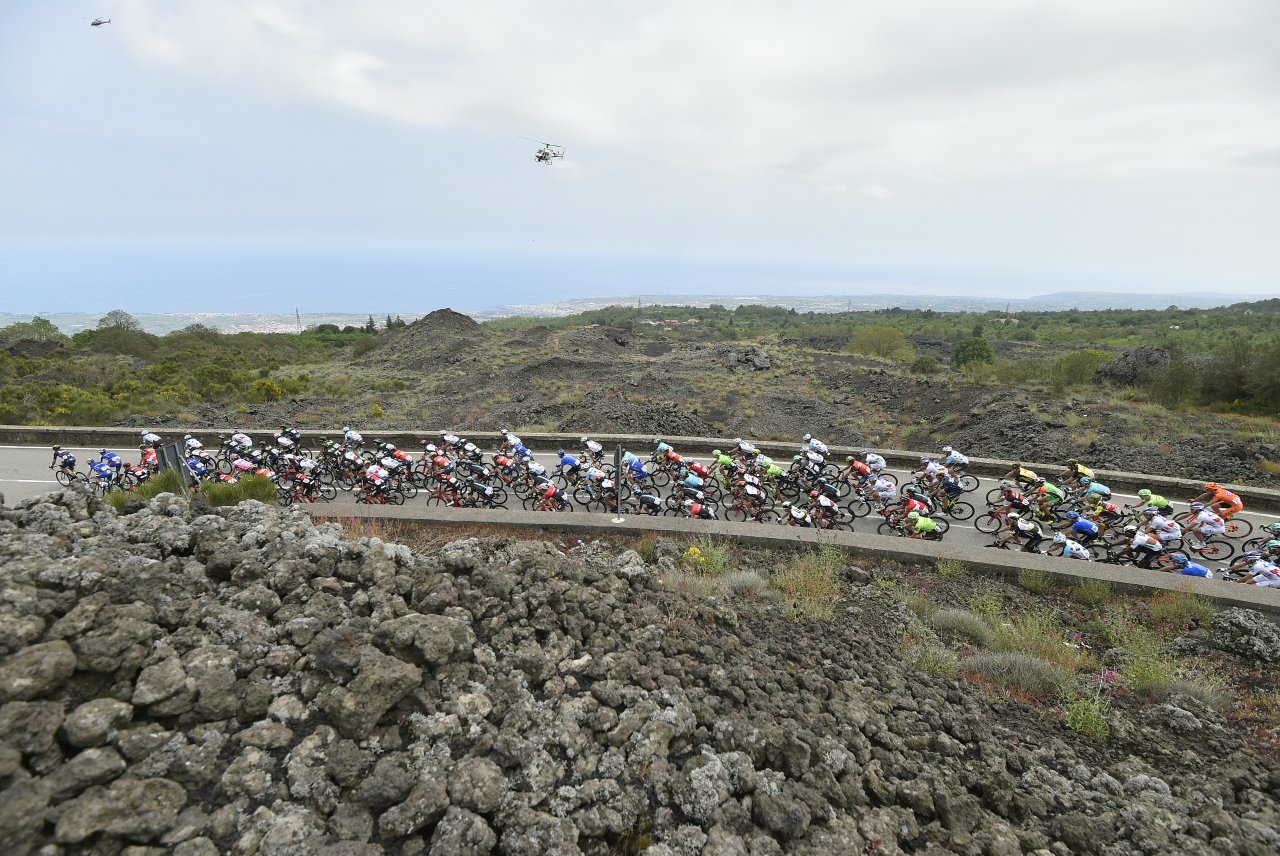 Indeed, the Colombian rider sat patiently in the slipstream of Richeze before launching his final surge to overtake Sam Bennett during the closing 75 meters to seize the stage honors.

“I’m happy with these two victories,” said Gaviria, a Grand Tour debutant who became only the second rider in the 21st century, after Damiano Cunego, to win two Giro stages while under the age of 23.

“The legs are now responding the way we wanted. This victory isn’t just for me; it’s for my team and my family and everyone that supported me. My family is here and it’s beautiful to give them this gift. The whole team worked perfectly. We were able to take the win here, now we’ll leave the islands and head to the mainland and we’ll see what happens.”

Gaviria’s teammate, Bob Jungels finished safely in the peloton to retain his grip on the overall race lead.

Collaborating well, Shalunov took the points over the only categorized climb of the day before Paterski led the duo through the two intermediate sprints. Behind, Quick-Step Floors delivered their man Gaviria to third place in both sprints as the Colombian rider edged ahead of Greipel in the virtual maglia rosa standings.

The escapees were eventually swept up with 15 kilometers remaining however,  as the teams of the GC riders and sprinters jostled for positions on the front of the pack.

Luka Pibernik thought he would emulated Lukas Postlberger – the surprise winner of Friday’s opening stage – by riding clear of the peloton on what he thought was the home straight. But an absence of photographers capturing his serene celebrations over the line probably gave the game away, and the Slovenian rider was brought back to earth by the peloton speeding past.

As the Lotto Soudal and Quick-Step teams of Greipel and Gaviria readied their lead-out  trains entering the final kilometer, it was Bora’s Bennett who was out of the traps the fastest. Back after a bout of gastroenteritis, Bennett came close to winning, but he was passed by Gaviria with just metres to spare.