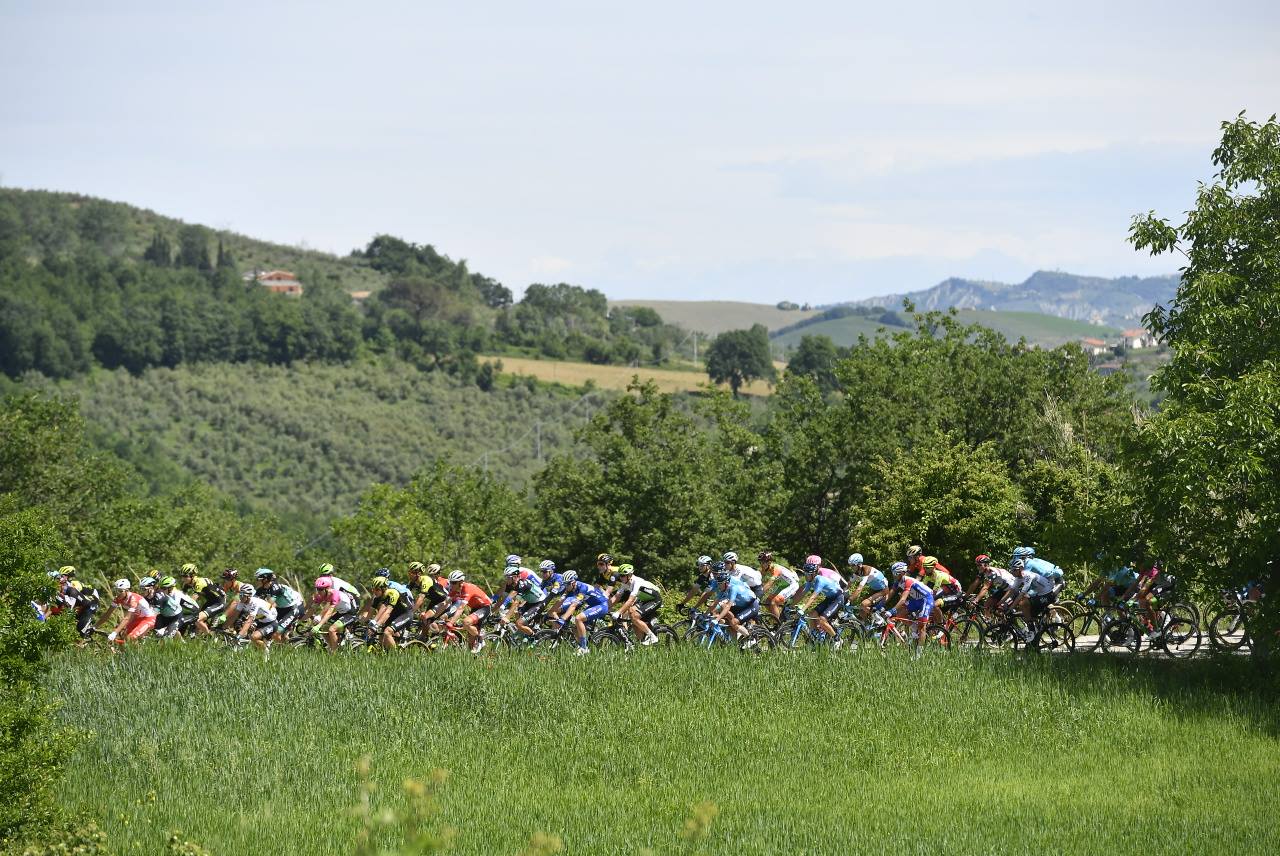 The duo were part of the breakaway and at the finish live it was Mohoric, a stage winner at the Vuelta last year, who held on in a dramatic conclusion.

Chavez was the big loser of the day as he suffered medical issues and he is now some way off his Mitchelton–Scott teammate and pink jersey wearer Simon Yates.

Almost from the outset of today’s 244 kilometer route from Penne to Gualdo Tadino, rider were faced with the second category climb of the Fonte della Creta.

Nevertheless, a breakaway group of 17 riders managed to escape on the lower slopes of the climb, but it was quickly reduced to twelve closer to the summit.

Chaves had been in second, a mere 32 seconds down on his Mitchelton-Scott team-mate Yates, after winning on stage six on Mount Etna and staying with Yates until the death on Sunday’s steep finish up Gran Sasso d’Italia.

But despite Monday’s rest-day the 28-year-old paid heavily for his efforts and lost a huge amount of time on the general classification.

Yates had earlier taken three bonus seconds at an intermediate sprint to extend his lead in the maglia rosa, on a day that had been expected to feature a breakaway and a bunch sprint.

Androni Giocattoli-Sidermec rider Marco Frapporti instead made a solo move and at one stage had a lead of two and a half minutes before a small group bridged across.

As heavy rain threatened, defending champion Tom Dumoulin (Team Sunweb) needed the help of teammate Sam Oomen to get back to the pink jersey group after suffering what looked like a puncture with 18 kilometers to go.

A reduced group of Davide Villella, Denz and Mohoric then built a lead of 1:12 over the peloton with 12 kilometers to go before Villella was dropped as the Slovenian and German riders broke clear.

Mohoric than held off the challenge of Denz as the pair duelled during the final 300 meters to take his team Bahrain-Merida’s first stage win of this year’s Giro.

Yates finished safely in the peloton to retain his grip on the pink jersey, with a 41-second lead over Dumoulin.