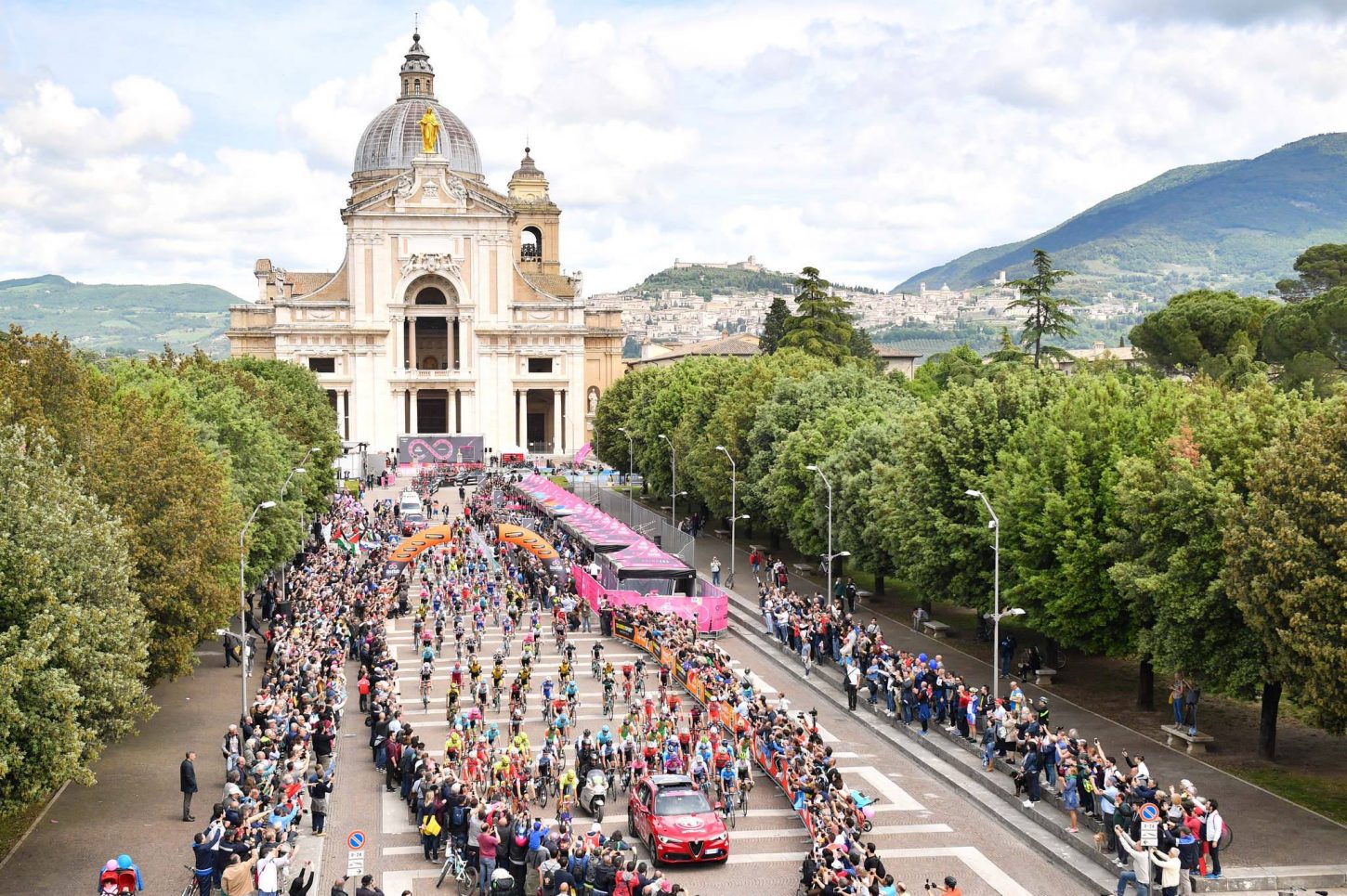 Simon Yates (Mitchelton-Scott) held off defending champion Tom Dumoulin (Team Sunweb) during an explosive conclusion to today’s stage 11 in Osimo, and claim his second stage in this year’s Giro d’Italia.

Dumoulin put in a valiant effort to try and catch Yates during the closing kilometer but could not bring back the British rider.

Meanwhile, Davide Formolo (Bora-Hansgrohe) finished out the podium in this place, finishing three-seconds behind Dumoulin.

The early battle for the breakaway was fierce and protracted.

However, Fausto Masnada (Androni Giocattoli-Sidermec) was obviously determined to join the leaders, as he eventually bridged across to the leading duo to make it a three-man break.

The trio was later joined by Mirco Maestri (Bardiani CSF) and Alex Turrin (Wilier Triestina-Selle Italia) as well, who succeeded in bridging their way to the leaders.

Working for Battaglin, Gijs Van Hoecke got through plenty of work as the bunch hunted down the breakaway.

With 50 kilometers to go, the gap was still nearly three minutes. The bunch passed through Filottrano, hometown of the late Michele Scarponi, with Sanchez leading the way through the intermediate sprint point as a tribute to his former Astana Pro Team colleague.

Once the bunch was caught, it looked like Wellens and Stybar would fight it out, but a lack of co-operation allowed the chase to easily catch them.

When Yates attacked on the final climb, Dumoulin gave everything to the chase, but the Briton was just too strong, and now leads the race by 47-seconds over his Dutch rival.