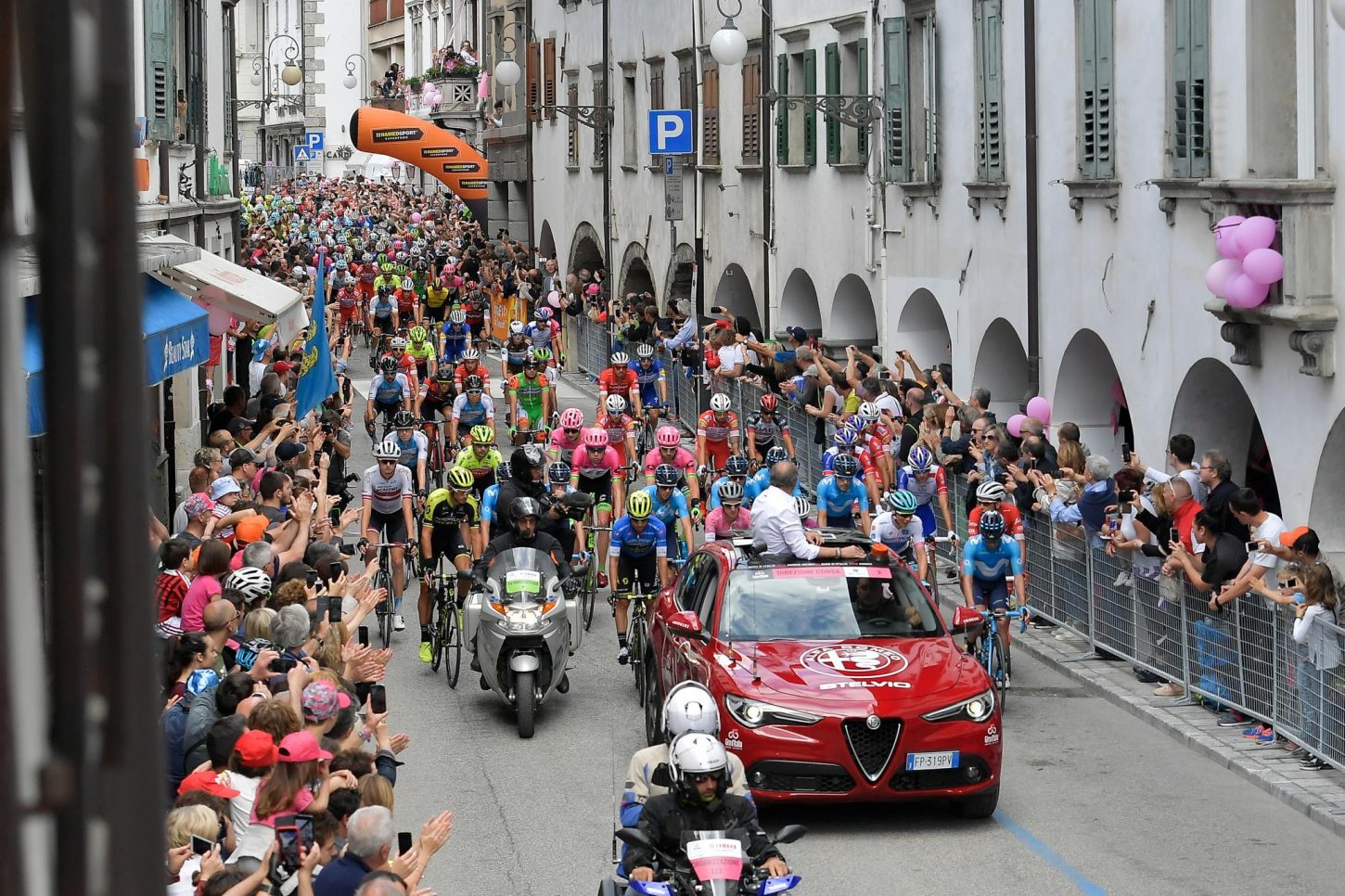 Simon Yates (Mitchelton-Scott) stormed to victory in stage 15 of the Giro d’Italia today, claiming a solo win atop the summit finish in Sappada.

Today’s victory not only earned the British rider his third stage win in this year’s Italian Grand Tour, but further extended his lead over defending champion Tom Dumoulin (Team Sunweb) by 2:11.

Yates had attacked with less than 20 kilometers to go, finishing more than 40 seconds ahead of his closest rivals Miguel Angel Lopez (Astana) and Dumoulin, while Chris Froome (Team Sky) conceded well over a minute.

A frustrated Dumoulin was seen gesturing wildly at those around him to take stints on the front during the final kilometers.

Things could have been much worse for the Sunweb leader, after he lost contact with the chasing group of favorites when Richard Carapaz attacked 3.5 kilometers from the finish.

After a Herculean effort, the defending champion eventually regained contact and even managed to claim a handful of bonus seconds in the sprint for second and third

Froome subsequently burnt through valuable mountain domestique, Sergio Henao, before taking up the chase himself, eventually limiting his time losses to 1:32.

As a result, Froome’s euphoria from winning yesterday’s stage of the mighty Zoncolan climb was quickly wiped out as he finished further back to leave his hopes of completing his set of Grand Tour jerseys looking very unlikely.