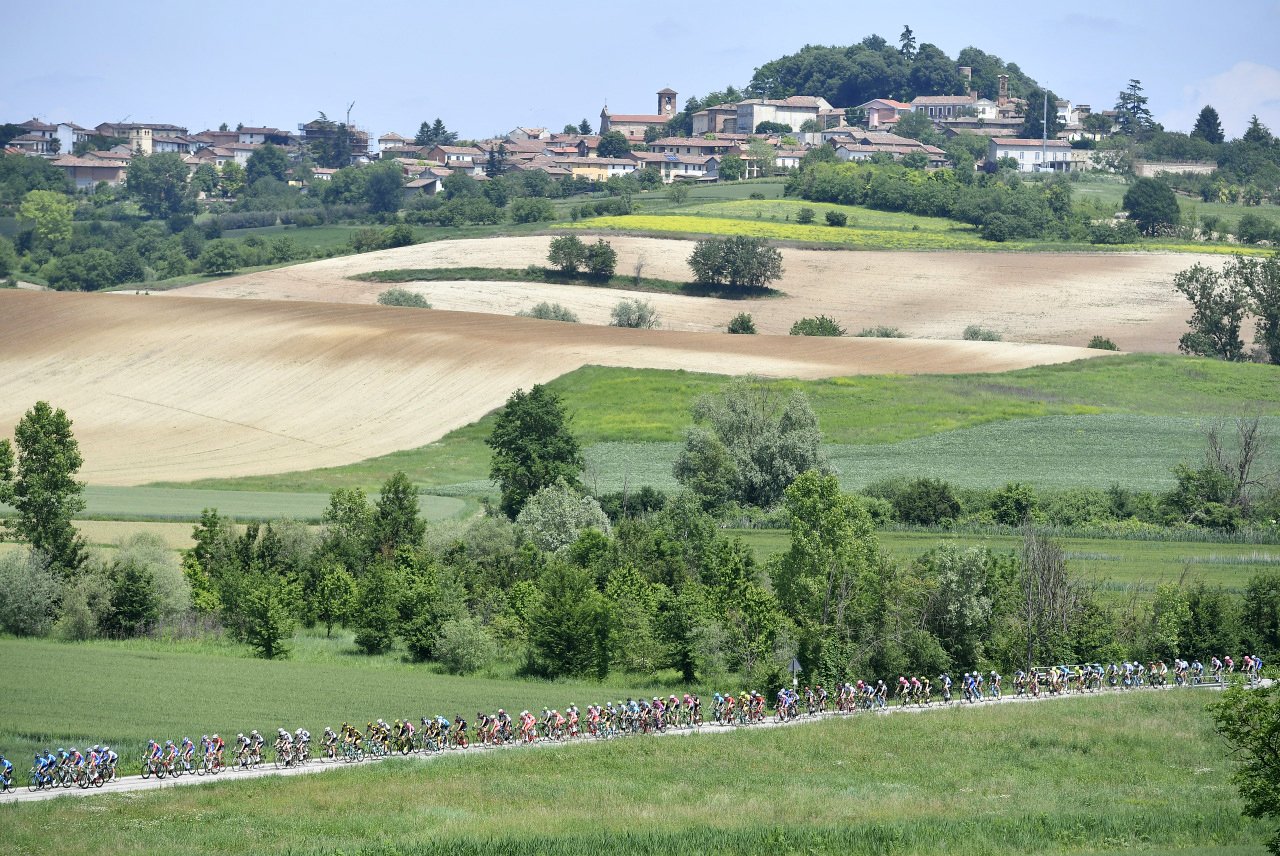 The trio had been part of the day’s initial breakaway group before battling it out during the final 900 meters, with Schachmann powering clear of his two rivals with a final surge during the last 100 meters to seize the stage honors.

From there, the group went on to establish a massive lead of 16 minutes over the peloton.

With 20 kilometers to go, van Poppel decided to attack his fellow breakaway companions, but the Dutch rider was reined back in less than 10 kilometers later.

Attrition began to take its toll on the breakaway group from there, ultimately leaving just Schachmann and Cattaneo out front.

However, the duo was soon joined by Plaza and Christoph Pfingsten (Bora-hansgrohe) at the front.

With two kilometers remaining, Schachmann and Cattaneo managed to jettison Plaza and Pfingsten and forge ahead on their own once more.

Back the peloton, Pello Bilbao (Astana) and Wout Poels (Sky) decided to attack and set-out in pursuit of the leaders.

In the meantime, Plaza managed to bridge his way back to Schachmann and Cattaneo during the last kilometer.

However, inside the last 1000 meters, Schachmann executed his winning move, while Plaza held-off Cattaneo to during the final meters to claim second spot on the podium.

Meanwhile, back in the chase, Poels had managed to open up a slight gap for himself, but Richard Carapaz (Movistar) and White Jersey holder Miguel Angel Lopez (Astana) jumped from the peloton to join the Belgian rider.

A couple of kilometers later, Lopez dropped Poels while Carapaz kept struggling to stay on terms with his Colombian rival.

Chris Froome (Sky) quickly joined in the attack as well, taking Pozzovivo and Dumoulin with him.

Dumoulin subsequently crossed the finish 28 seconds ahead of Yates, reducing the gap in the General Classification to less than half a minute.