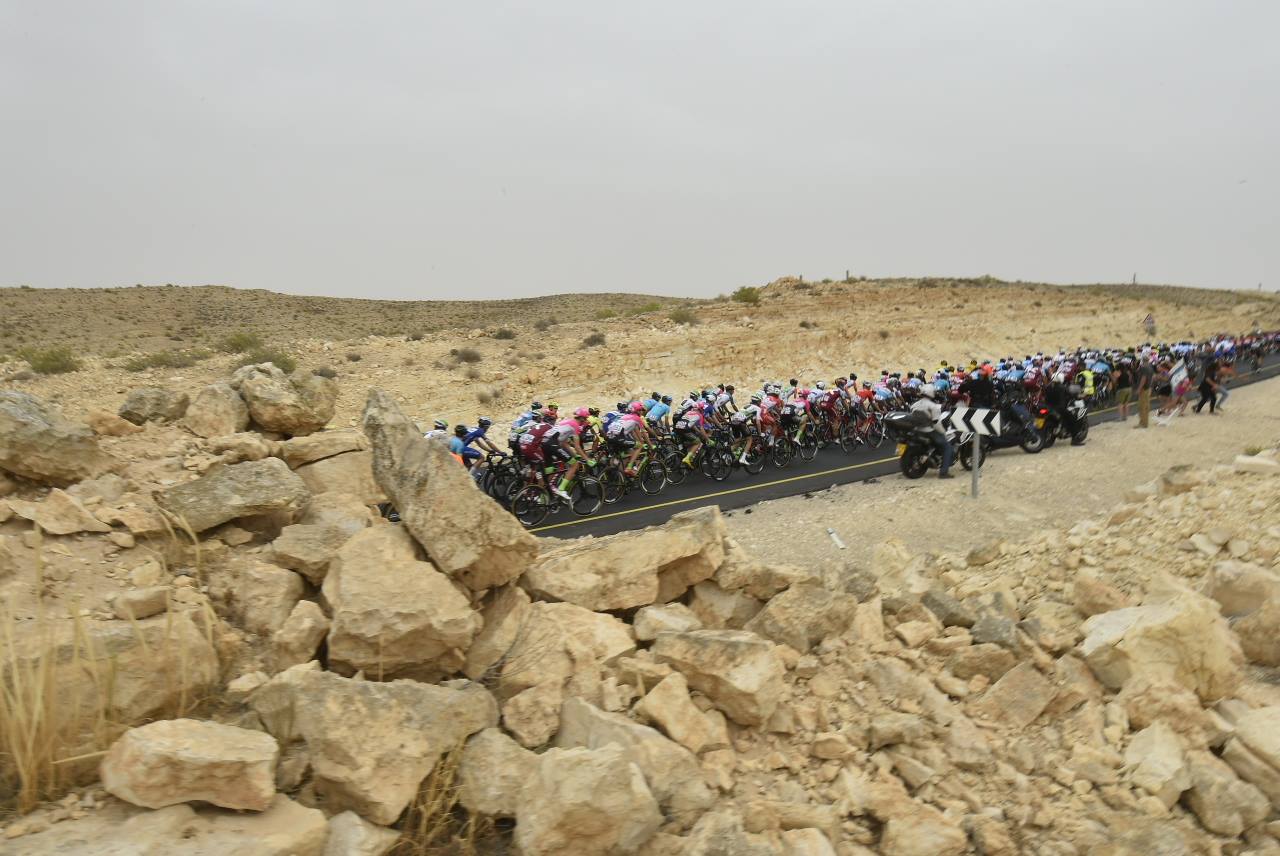 In the meantime, Viviani took the points during the intermediate sprints of the day, solidifying his grip on the Points Jersey for another day.

After a long day out front however, the escapees were eventually reined in by the peloton with six kilometers to go.

From there, teams began organizing themselves for another inevitable sprint finish, as Quick-Step Floors took control of the pacesetting during the final kilometers with the objective of delivering Viviani to victory once more.

Indeed, despite a chaotic finale, Viviani managed to make his way to the front and fend-off Modolo and Bennett to seize the stage honors.

Meanwhile, Rohan Dennis (BMC Racing) finished safely in the main field to continue his lead in the overall classification.