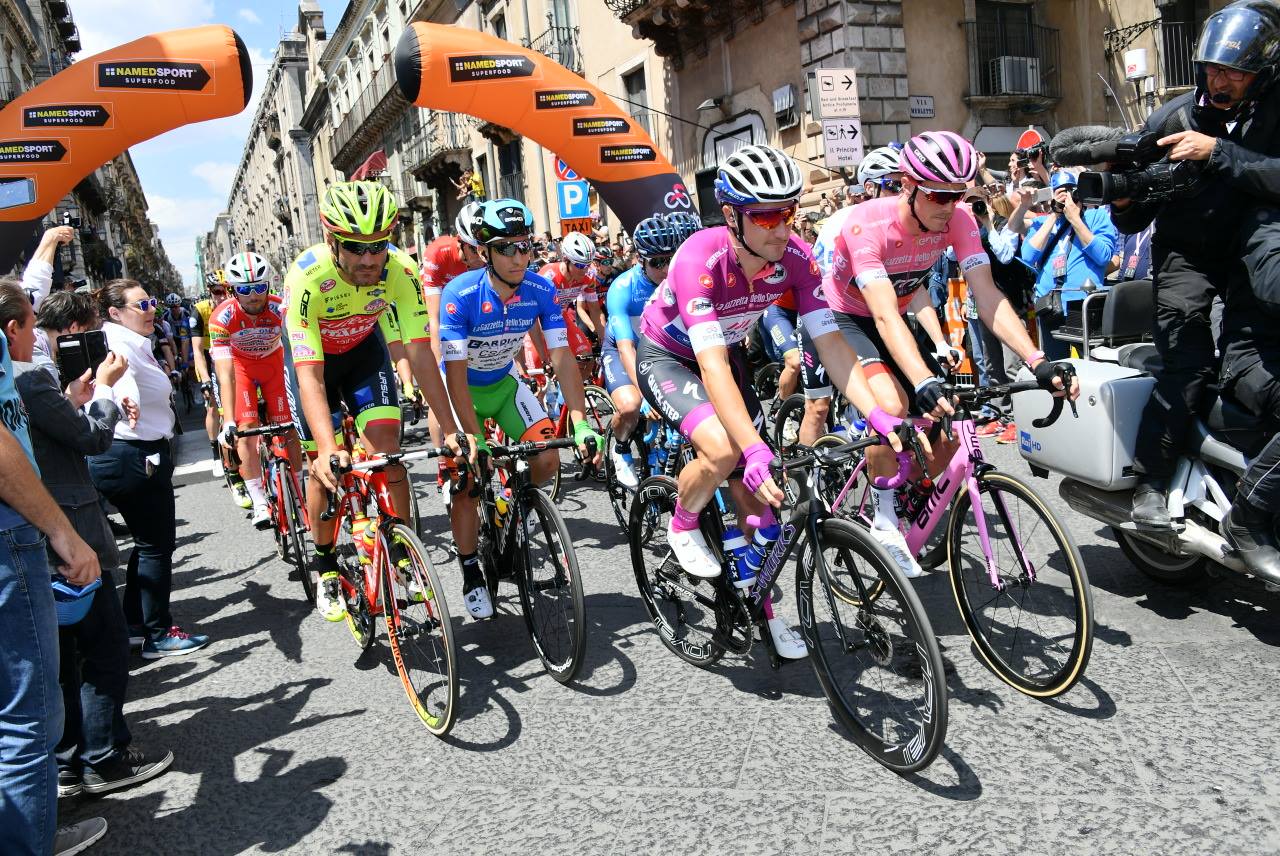 Meanwhile, Rohan Dennis (BMC Racing) retained the pink leader’s jersey for the third stage in a row with a one-second lead over defending champion Tom Dumoulin (Team Sumweb), while Mitchelton-Scott’s Simon Yates remains in third place a further 17 seconds back.

Back in the main field, BMC took control of the pacesetting duties in an effort to keep Dennis in the Pink Jersey.

With approximately 30 kilometers remaining, the final climbs began to take their toll on the escapees, eventually leaving just Belkov, Frapporti and Mosca out front.

Back in the peloton, UAE Team Emirates took control of chase effort, while riders like Sergio Henao (Sky), Gianluca Brambilla (Trek-Segafredo) and Jose Goncalves (Katusha-Alpecin) were plagued by either a puncture or some form of a mechanical problem.

With 14 kilometers to go, the peloton was successful in neutralizing the remaining trio.

The first attack on the penultimate climb came from Edoardo Zardini (Wilier Tristina) and Valerio Conti (UAE Team Emirates). But, within just a couple of kilometers, Conti managed to shed his companion.

However, with around three kilometers remaining, Conti was reeled in by the chase.

As the main field entered the final kilometer, Esteban Chaves, Yates and Wellens succeeded in riding clear of the lead group. But, the three escapees were quickly reined by the peloton.

During the last meters, Battaglin initiated a final attack, but the Italian rider was swiftly caught and surpassed by Wellens, who went on to seize the stage honors.