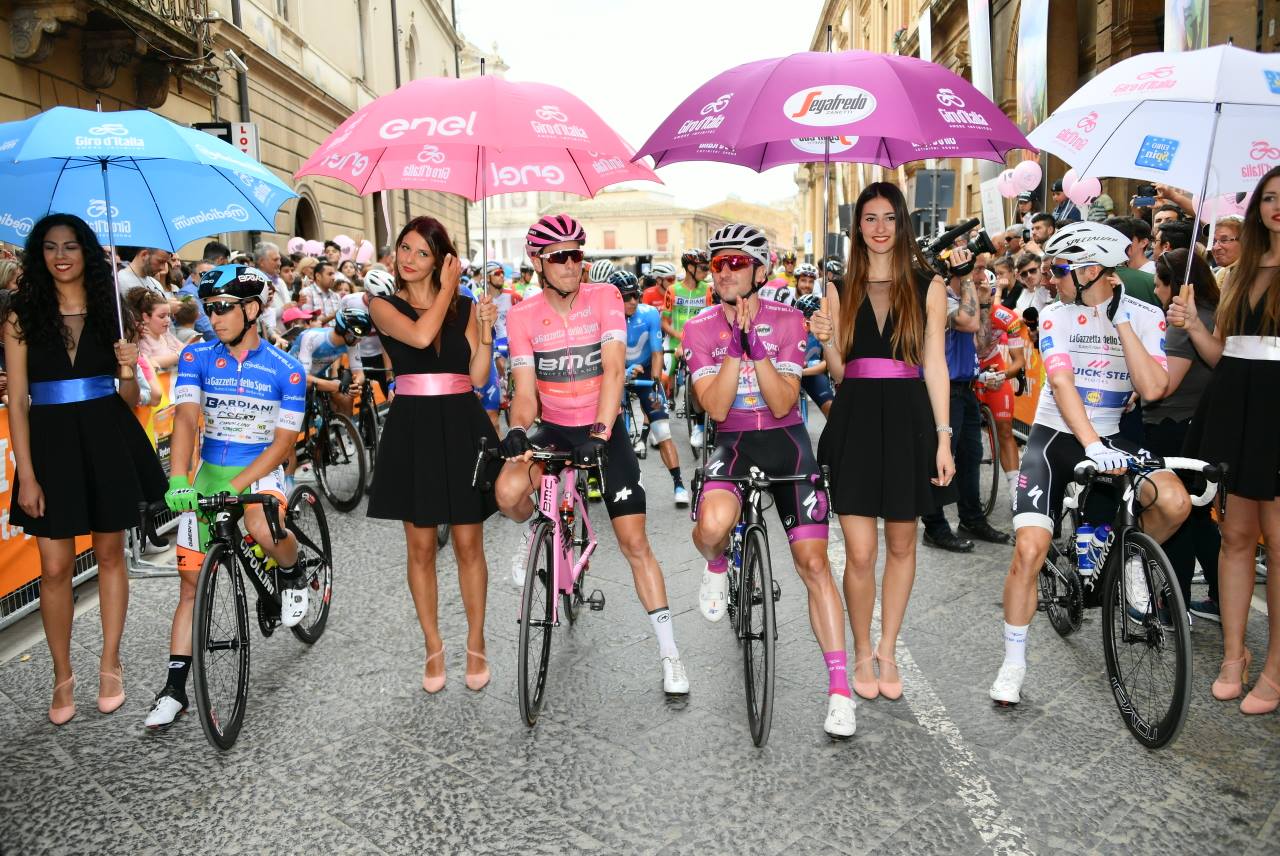 Esteban Chaves (Mitchelton-Scott) claimed stage 6 of the Giro d’Italia today, after he escaped from the peloton along the higher slopes of Mount Etna before being joined by teammate Simon Yates, who rolled over the finishing line just behind the Colombian rider.

As a result, Yates propelled himself into the pink leader’s jersey with a 16-second lead over defending champion Tom Dumoulin (Team Sunweb).

The first 50 kilometers of today’s stage saw several attacks, but the peloton was successful in repelling each attempt until a large group of 28 riders eventually rode clear.

With 16 kilometers to go, a crash in the peloton claimed riders like Laurens Ten Dam (Sunweb), Davide Formolo (Bora-hansgrohe) and Rafa Valls (Movistar), while the lead group continued to shed its numbers along the final climb of Mount Etna.

Shortly thereafter, Henao and Chaves attacked from the chase group, quickly bridging their way to the two leaders.

At the six-kilometer mark, Chaves initiated a lone attack, which saw him quickly open up a gap.

Back in the peloton, Dumoulin began upping the pace, causing riders like race leader Rohan Dennis (BMC) and Chris Froome (Sky) to briefly fall behind.

The sudden surge in pace caused Dennis to fall back once more, while riders like George Bennett (LottoNL-Jumbo), Thibaut Pinot (Groupama-FDJ), Yates, Dumoulin and Froome capitalized on the rhythm.

With under two kilometers to go, Yates attacked from the reduced group, quickly gaining ground on his teammate Chaves.

From there, the two leaders rode the final 100 meters or so together, with Chaves crossing the line first to seize the stage honors.

Meanwhile, Pinot crossed the finish almost half a minute later to secure the final spot on the podium.