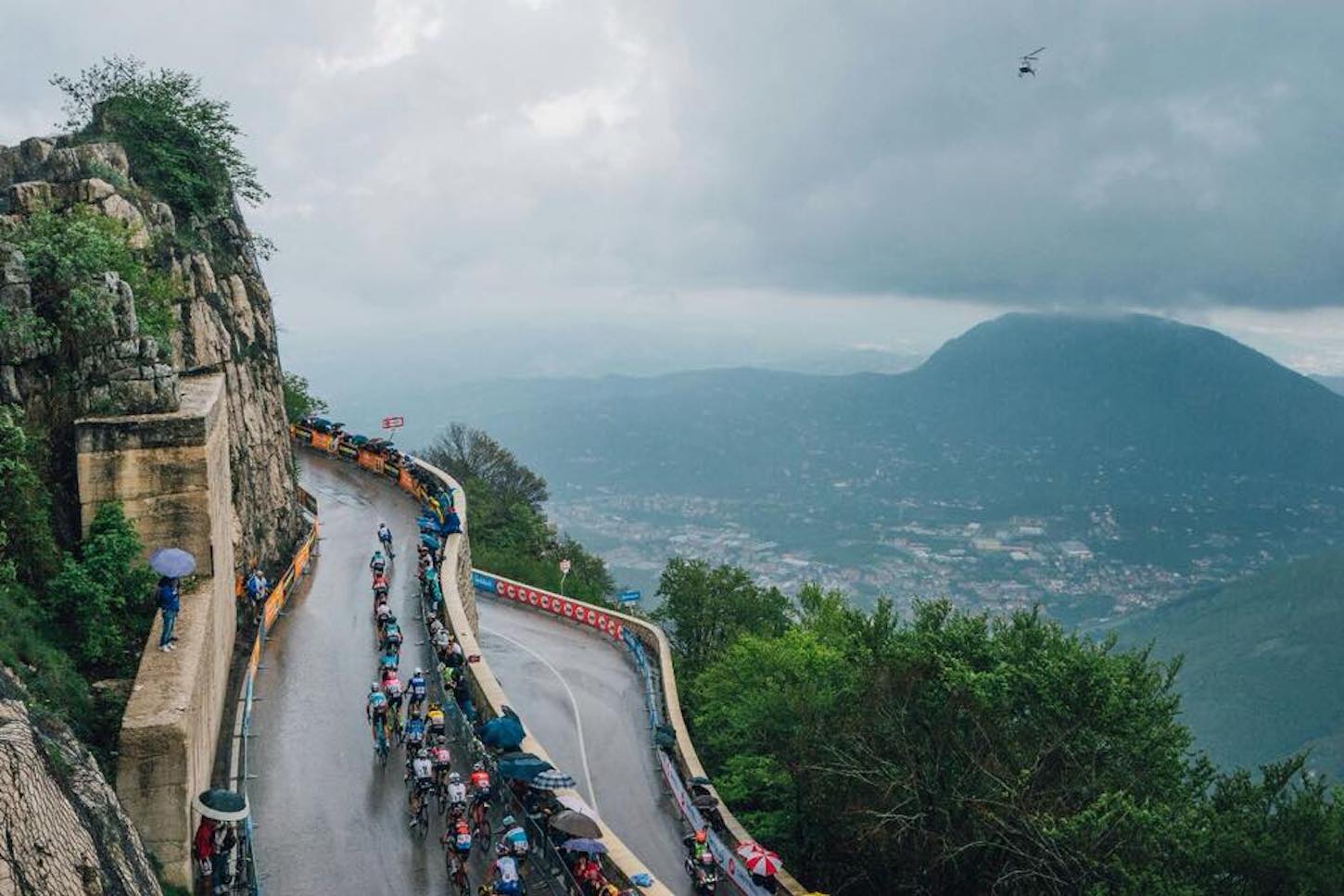 Yates was part of a five-man group that succeeded in riding clear during the final kilometers, before attacking during the waning moments of today’s stage to fend-off any challenge from his closest rival – Thibaut Pinot (FDJ).

From there, the escapees went on to establish a sizable advantage of more than eight minutes over the peloton.

However, the last two climbs of today’s 225 kilometer route from Pesco Sannita to Gran Sasso d’Italia (Campo Imperatore), took its toll on the breakaway group, with Wellens and Ballerini being the first two riders to fall off the pace.

Masnada later attacked along the penultimate descent of the day, briefly opening up a considerable gap for himself.

Boaro was the next rider to jettison the breakaway, quickly distancing the group on the final climb of the day.

However, with 5 kilometers to go, Carthy caught and surpassed Boaro in pursuit of Masnada. But, the British rider was quickly reclaimed by the group.

It wasn’t long before Masnada was reeled in by the group as well, as the Italian rider began to falter with three kilometers remaining.

With the peloton now back together, a division in the field saw riders like Fabio Aru (UAE Team Emirates) and Alexandre Geniez (AG2R La Mondiale) find themselves on the wrong side of the split, while race hopeful Chris Froome (Team Sky) was also dropped from the lead group.

Back up front, Pinot was now leading the group toward the finish. However, during the closing few hundred meters, Domenico Pozzovivo (Bahrain-Merida) launched an attack, but his move was closely marked by the French rider, along with Yates and Chaves.

With less than 100 meters remaining, Yates executed his winning move with a final surge that easily held-off any challenges from Pinot et al.