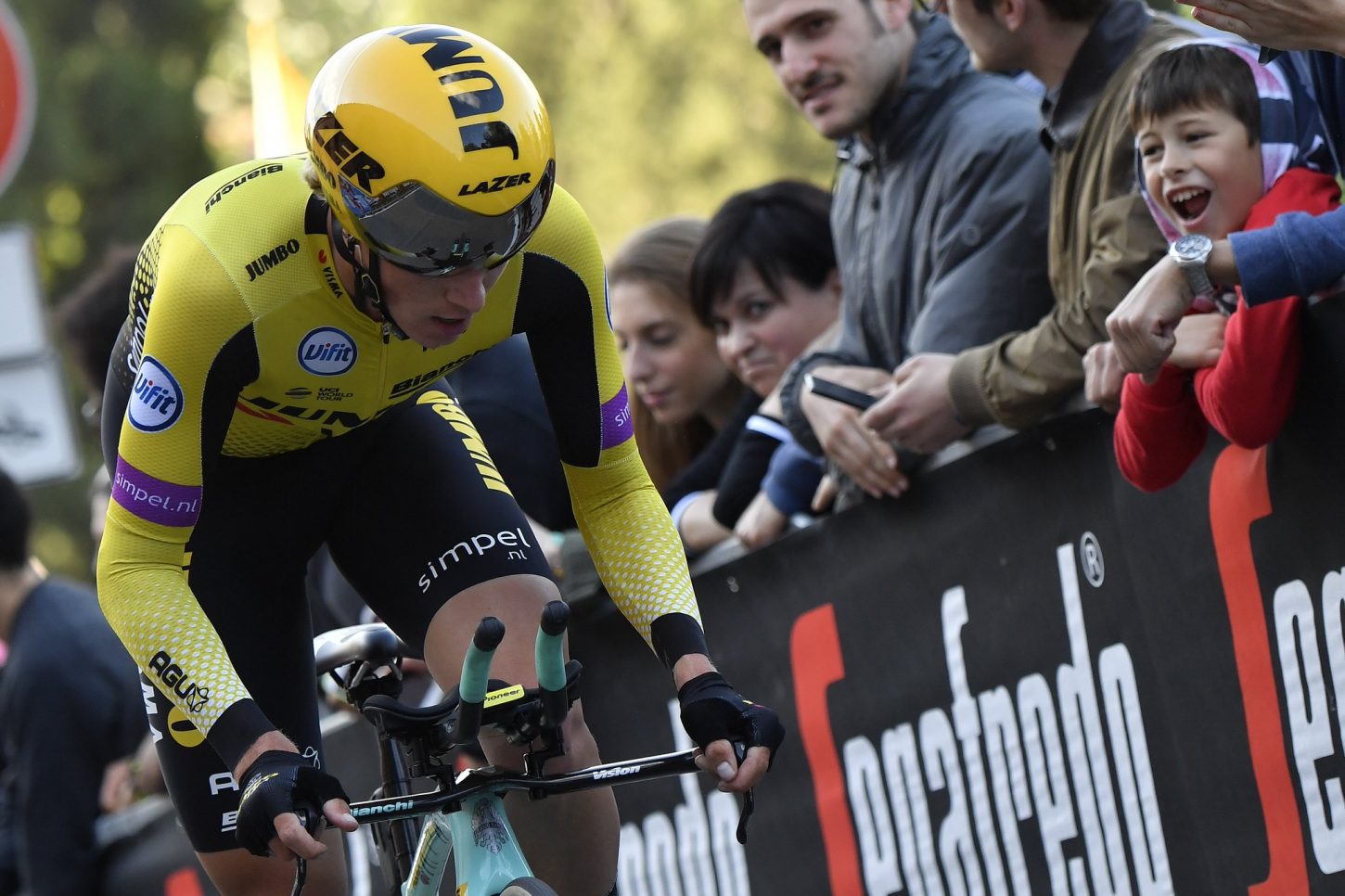 Primož Roglič (Jumbo-Visma) won the opening stage of the Giro d’Italia today, after the Slovenian rider set a blistering pace along the 8 kilometer time trial course in Bologna to seize the first maglia rosa (pink jersey) of the race.

Roglič was the only rider to break the 13-minute barrier that featured a steep 2 kilometer climb to the finish.

Meanwhile, Simon Yates (Mitchelton-Scott) put in the next fastest time at 19-seconds behind Roglič, followed by Vincenzo Nibali (Bahrain-Merida) who claimed the final spot on the podium, a further four-seconds back.

Roglič was the 12th rider to start, leaving the Jumbo-Visma leader on the hot seat for most of the day, waiting for his benchmark to be beaten which never came.

Tomorrow’s stage takes riders along a 205-kilometer flat route from Bologna to Fucecchio, which gives the sprinters their first chance to shine.