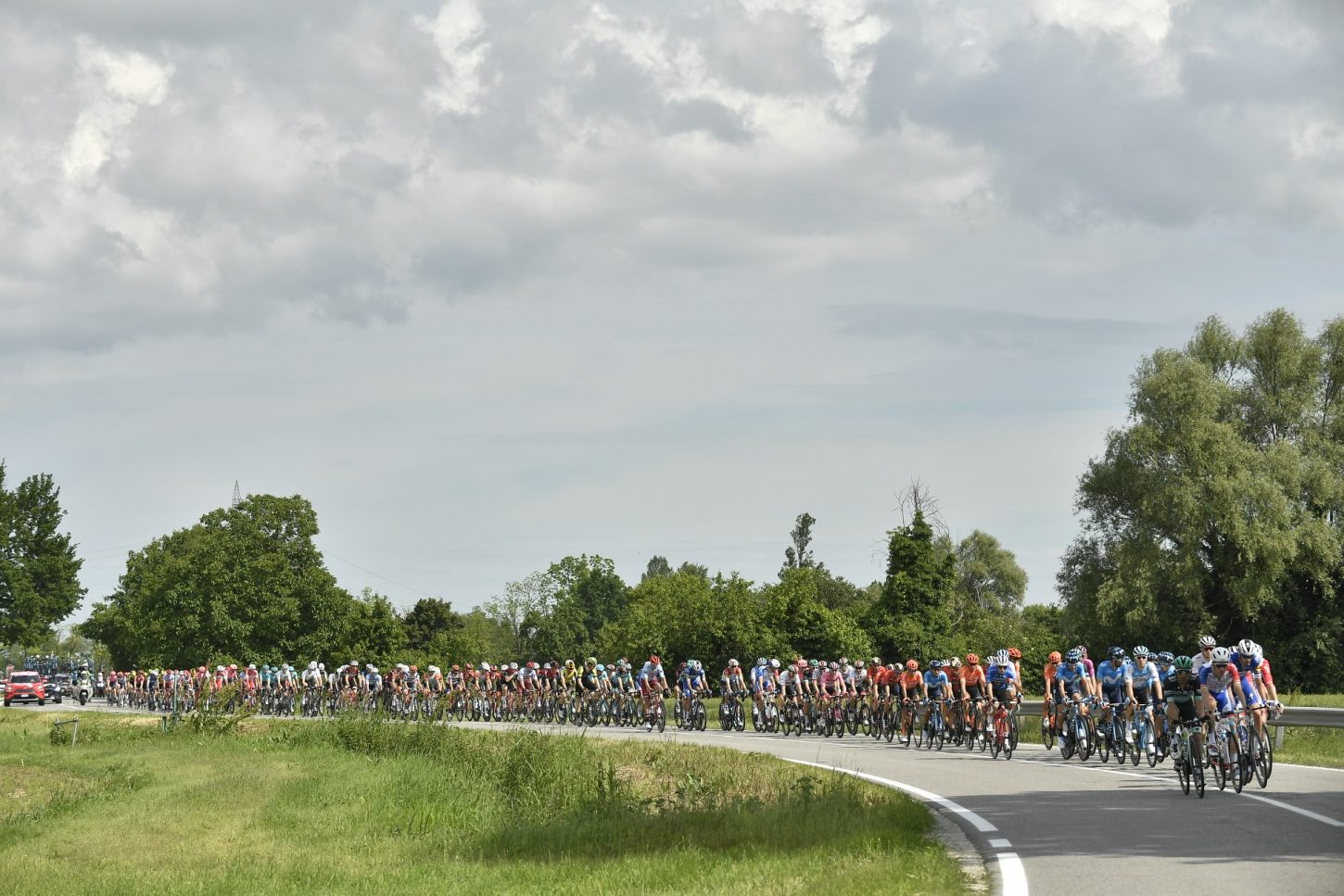 In the meantime, two-time stage winner Pascal Ackermann (Bora-Hansgrohe) was taken out by a late crash.

In view of the fact, the crash occurred inside the final 3 kilometers, there were no time gaps given in the peloton, with Valerio Conti (UAE Team Emirates) retaining his overall ahead of Primoz Roglic (Jumbo-Visma).

Demare powered clear on the left-hand side of the road, while Viviani picked the wrong wheel to follow with Ewan.

As a result, Demare relegated Viviani to yet another second place finish, Ewan was pipped by Selig, who narrowly missed the high-speed crash inside the flamme rouge that took-out his Bora-Hansgrohe teammate Ackermann.

Indeed, a touch of wheels brought down the maglia ciclamino into the path of Jakub Mareczko (CCC Team) before a domino-effect tore through the peloton, with Matteo Moschetti (Trek-Segafredo) slamming horrifically into the barriers.

Meanwhile, Ackermann was able to remount and finish the stage, albeit with a torn kit and his entire right-hand side bloodied and bruised.

The breakaway of the day was formed by Sho Hatsuyama and Luca Covili, who were the only two riders to escape the peloton today.

However, the duo’s time out front was eventually brought to a close with around 30 kilometers remaining.

With two kilometres to go, Francisco Ventoso (CCC Team) initiated an attack, but the Spanish was ultimately rein-ed by the peloton just inside the final kilometer.

Shortly thereafter,  Ackermann was caught up in the melee of a crash, bringing the hopes for a third stage victory to an end for the German sprinter.

Meanwhile, Demare proceeded to open up his sprint during the final few hundred meters, which proved insurmountable for Viviani and Selig.