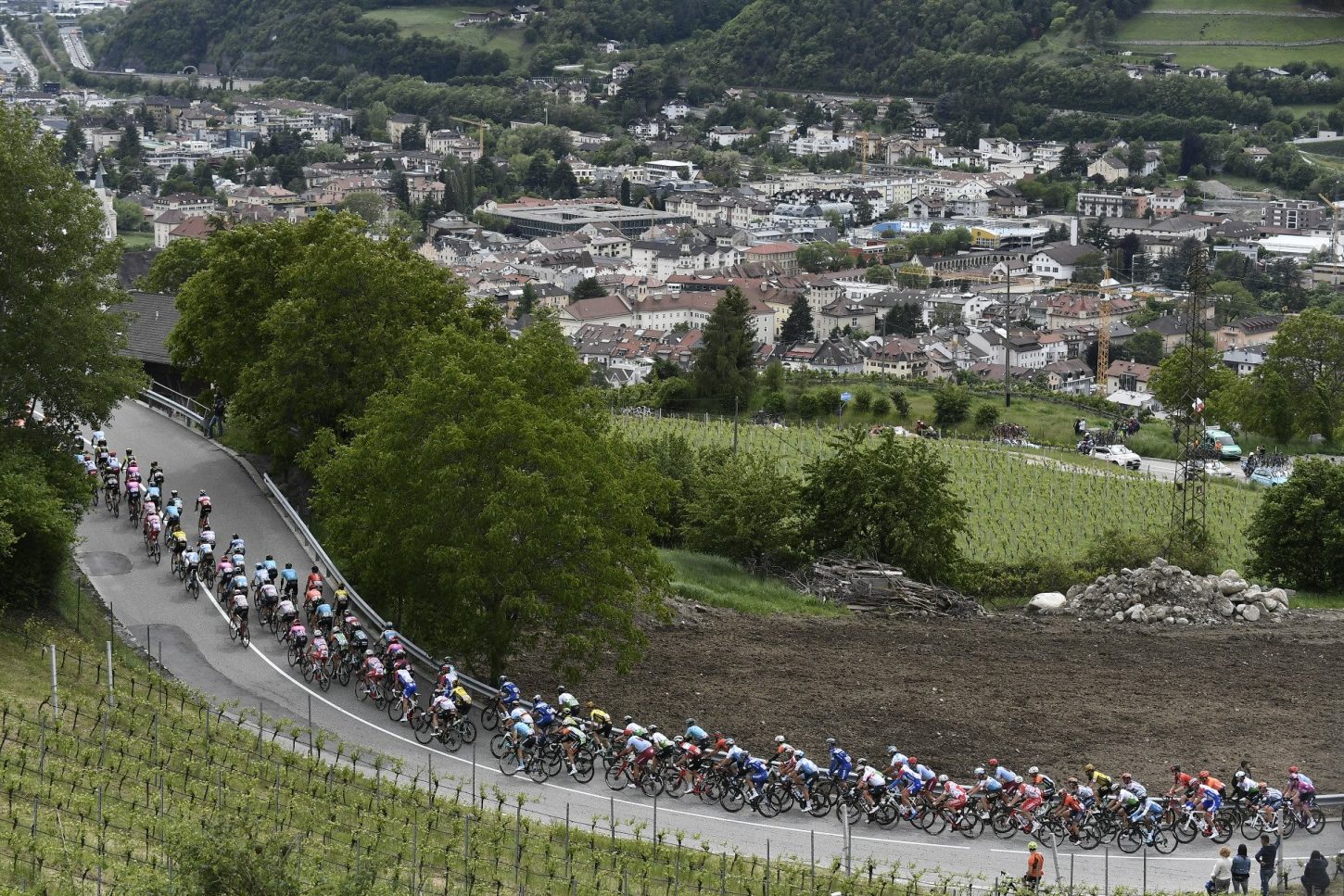 With 16 kilometers remaining, Peters attacked from the day’s breakaway group to take a solo victory more than a minute and a half ahead of his closest rival Esteban Chaves (Mitchelton-Scott), while Davide Formolo (Bora-Hansgrohe) won the final three-man sprint to claim the last spot on the podium.

In the meantime, Richard Carapaz (Movistar) strengthened his lead in the overall classification, after finish safely in the peloton.

He continues to lead Vincenzo Nibali (Bahrain-Merida) by 1:54 in the battle for the maglia rosa.

A group of 18 riders eventually escaped the clutches of the peloton after more than 50 kilometers of racing.

Amongst the escapees were riders such as Bob Jungels, Thomas De Gendt, Formolo, Chaves, Peters, Jan Bakelants, Krists Neilands and Valerio Conti, who went on to establish an advantage of around 7 minutes over the peloton.

With 16 kilometers to go, Peters launched his winning move, prompting Chaves, Conti and Krists Neilands to set-out in pursuit of the French rider a few kilometers later.

Back in the peloton, Astana was busy setting the pace.

At one point however, Mikel Landa (Movistar) decided to attack, leaving his teammate Carapaz with the group.

Hugh Carthy (EF Education First) was keen to mark Landa’s move, but nothing would catch the riders up ahead, as Peters soloed to victory followed by Chaves.