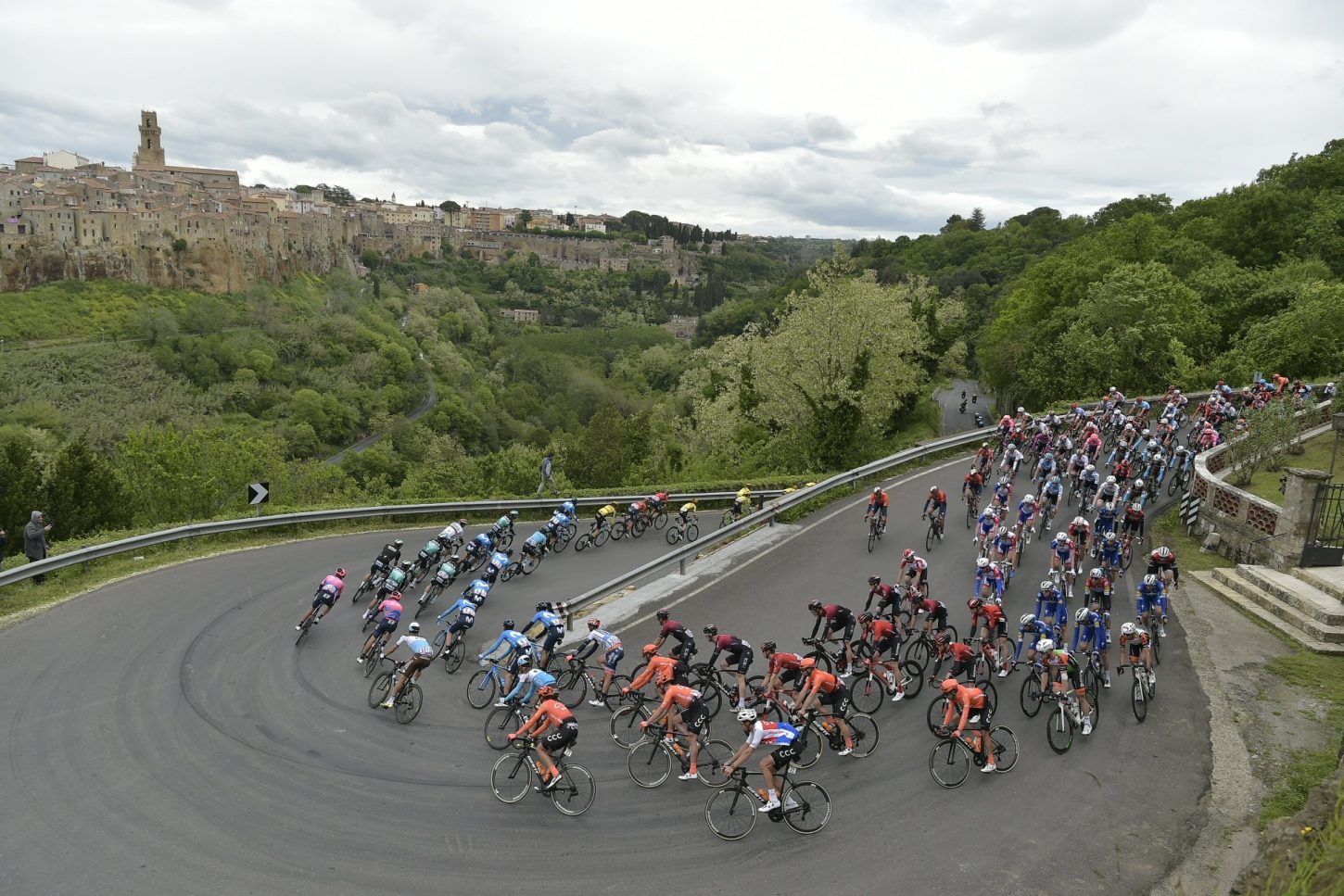 Movistar’s Richard Carapaz sprinted to victory in stage 4 of the Giro d’Italia today, after the Ecuadoran rider held-off Caleb Ewan and Diego Ulissi during an uphill finish to seize the honors at the end of an undulating 235 kilometer route from Orbetello to Frascati.

Meanwhile, Primoz Roglic (Jumbo-Visma) extended his lead in the overall classification after avoiding a crash toward the end of the stage.

The Slovenian rider was the only major contender to evade the crash, which split the peloton inside the final 6 kilometers.

In the meantime, GC hopefuls Simon Yates and Vincenzo Nibali, who are second and third in the standings respectively, got caught up in the chaos, finishing nearly 20 seconds behind Roglic, whose overall lead is now 35 seconds ahead of Yates.

Roglic seemed torn as to whether he should seize the opportunity to extend is lead further during the crash, but instead kept a moderate pace to the finish.

In the meantime, Miguel Angel Lopez (Astana) retained his fourth place in the general classification, 44 seconds down, while Ulissi rose to fifth at the expense of the battered and bruised Tom Dumoulin, whose participation in the race must now be in doubt.