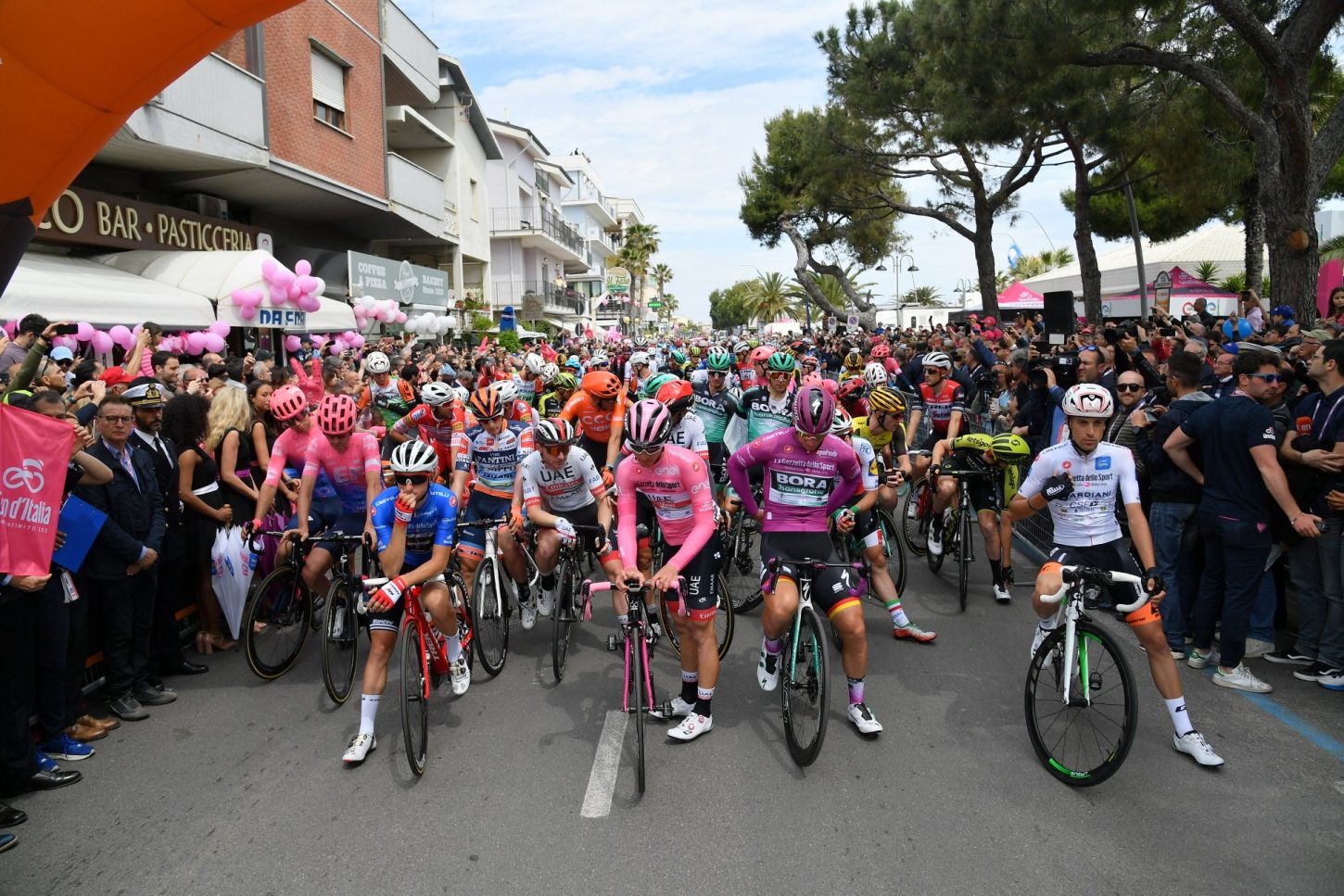 The Lotto-Soudal rider found himself in perfect position during the final 200 meters to hold-off his Italian and German rivals to claim the stage honors.

A vigilant peloton only allowed two escapees to ride clear early on in the stage,  Marco Frapporti of Androni Giocattoli Sidermec and Damiano Cima of Nippo Vini Fantini Faizanè.

However, the duo was never allowed to open up an advantage of more than a few minutes. And, with around 40 kilometer to go they were reined by the chase.

While teams were busy lining up their respective sprinters for an inevitable finale, Giulio Ciccone (Trek-Segafredo) made an occasional dash off the front to sweep up extra points in order to further secure his grip on the climber’s jersey.

After the final categorized climb, Ciccone was joined by François Bidard (AG2R) and Louis Vervaeke (Team Sunweb), who later built-up a modest gap of around 40-seconds over the peloton.

With 15 kilometers to go, heavy rain inundated the race, making for both a challenging ascent and descent along the final climb.

Nevertheless, the trio were still clinging to a slight lead of 19-seconds at the start of the climb. But, by the summit the escapees had been caught by a small group of sprinters.

Bora-Hansgrohe led a reduced peloton into the final kilometer, followed closely by Deceuninck-QuickStep.

Ackermann was the first rider to launch his sprint, which was quickly marked by Ewan and Viviani.

But, it was Ewan who prevailed to take his second career Giro d’Italia stage win.