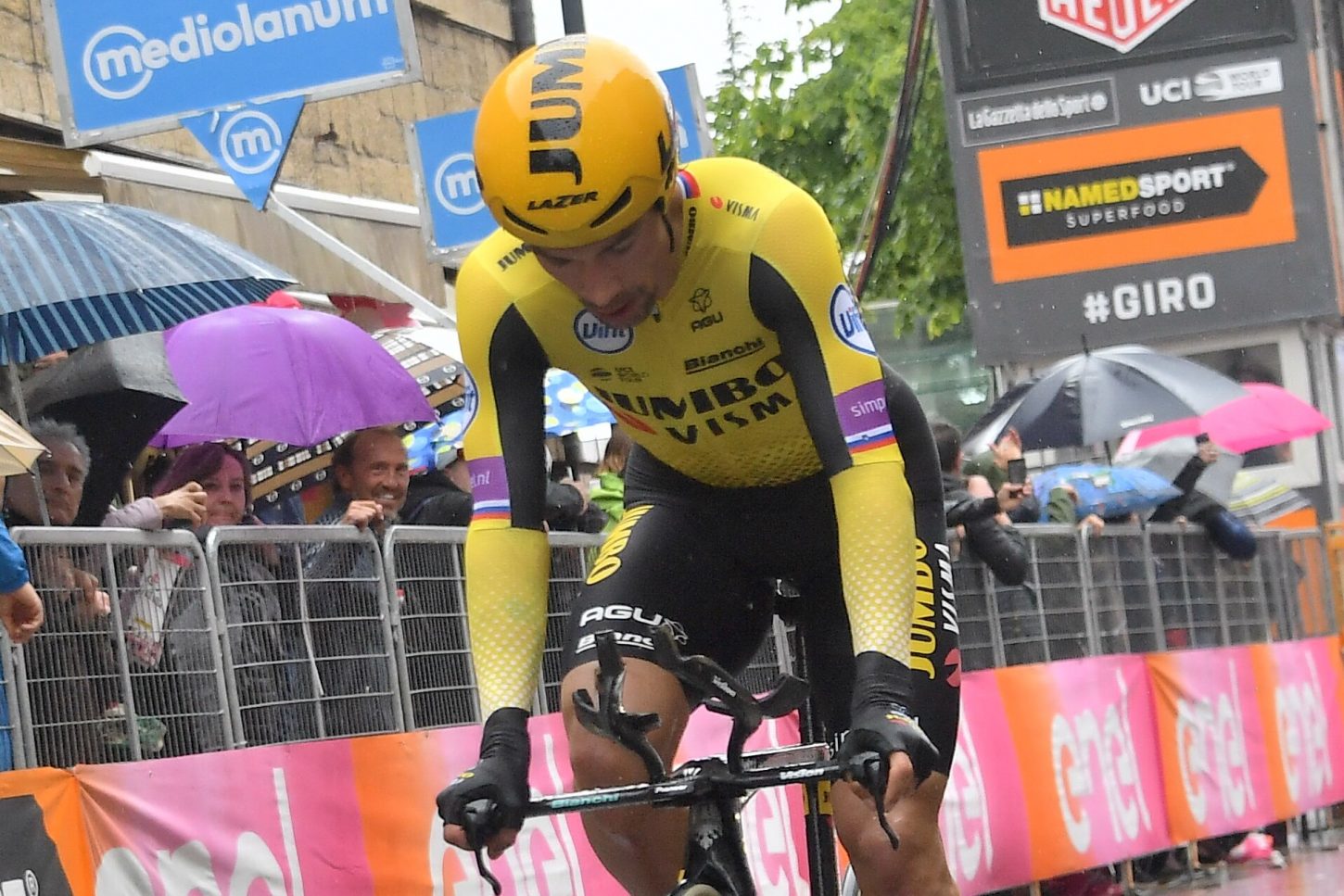 Trek-Segafredo’s Bauke Mollema completed the route in 52:51, earning the Dutch rider the final spot on the podium, while Vincenzo Nibali (Bahrain-Merida) put in an impressive performance as well, finishing in fourth place with a time of 52:57.

Meanwhile, Valerio Conti held on to his pink jersey, while other race favorites such as Simon Yates had an especially poor day, who finished more than three minutes behind Roglic.

As a result, Roglic climbed 10 positions in the General Classification and is now in second place at 1:50 behind Conti.

Nibali is now in 11th place overall, 3:34 behind his Italian rival, while Mollema climbed to 12th position in the GC.