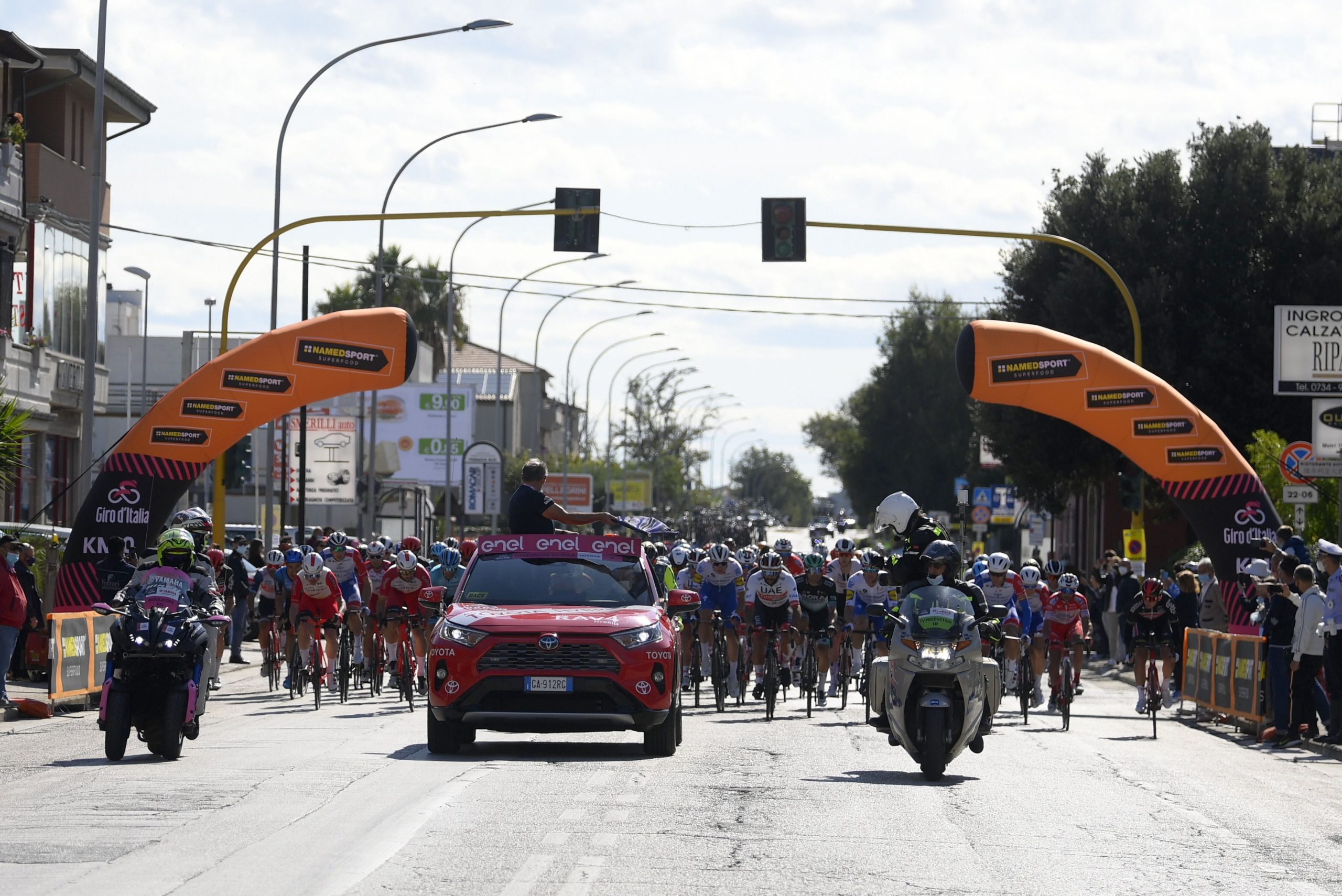 The French rider earned his fourth stage victory in this year’s Italian Grand Tour, after outpacing Peter Sagan and Alvaro Hodeg in a sprint finish in Rimini.

Once again, Démare benefitted from a flawless leadout from his Groupama-FDJ train, launching from the wheel of teammate Jacopo Guarnieri on the home straight and never looking back.

Despite their best efforts, neither Sagan (BORA-hansgrohe) nor Hodeg (Deceuninck – Quick-Step) could round Demare, who led from the front and wrapped up his win by half a bike length at the line.

Meanwhile, Joao Almeida (Deceuninck – Quick-Step) was awarded the same time as Demare which meant he defended his 34-second lead over Wilco Kelderman (Team Sunweb) at the top of the overall standings.

Démare’s victory meant he extended his lead in the points classification while Ruben Guerreiro (EF Education First Pro Cycling) lived to fight another day in the King of the Mountains jersey.

Behind, Démare showed his intent by mopping up maximum remaining points in the intermediate sprint at Pesaro ahead of Sagan as his Groupama team kept a lid on the breakaway alongside representatives from Cofidis and UAE-Team Emirates.

Bais looked the most active of the escapees, the 23-year-old skipping clear on the only categorised climb of the day, the Monte San Bartolo, adding more breakaway kilometers to his tally.

With 36km remaining, Bais joined forces with Armée, the only one in the escape group to have won a stage in a Grand Tour before.

The peloton was trailing the two leaders by around two minutes when a race motorbike clipped Viviani’s back wheel on the acute exit of a narrow roundabout, knocking the wind out of the Italia rider’s sails and forcing him into a protracted battle to ride back into contention with his Codifis teammates.

Armée later dropped Bais with 20km remaining with two minutes still to play with. From there, the Lotto-Soudal rider until he was reeled in by the peloton along the outskirts of Rimini.

Some dangerous road furniture and traffic fixtures made for a stressful final few kilometers, but with 2km remaining it was Groupama-FDJ who muscled out UAE and Israel Start-Up Nation to occupy the head of the peloton.

And it was business as usual from thereon in. Despite the withdrawal of their Dutch lieutenant Ramon Sinkeldam, the French team was able to deliver Démare to the home straight before Guarnieri launched his teammate to a fourth victory in what is proving to be a highly fruitful Giro for the French rider.

Indeed, Démare became only the seventh rider this century to win at least four stages at a single Giro – and the first Frenchman since Hinault in 1982.