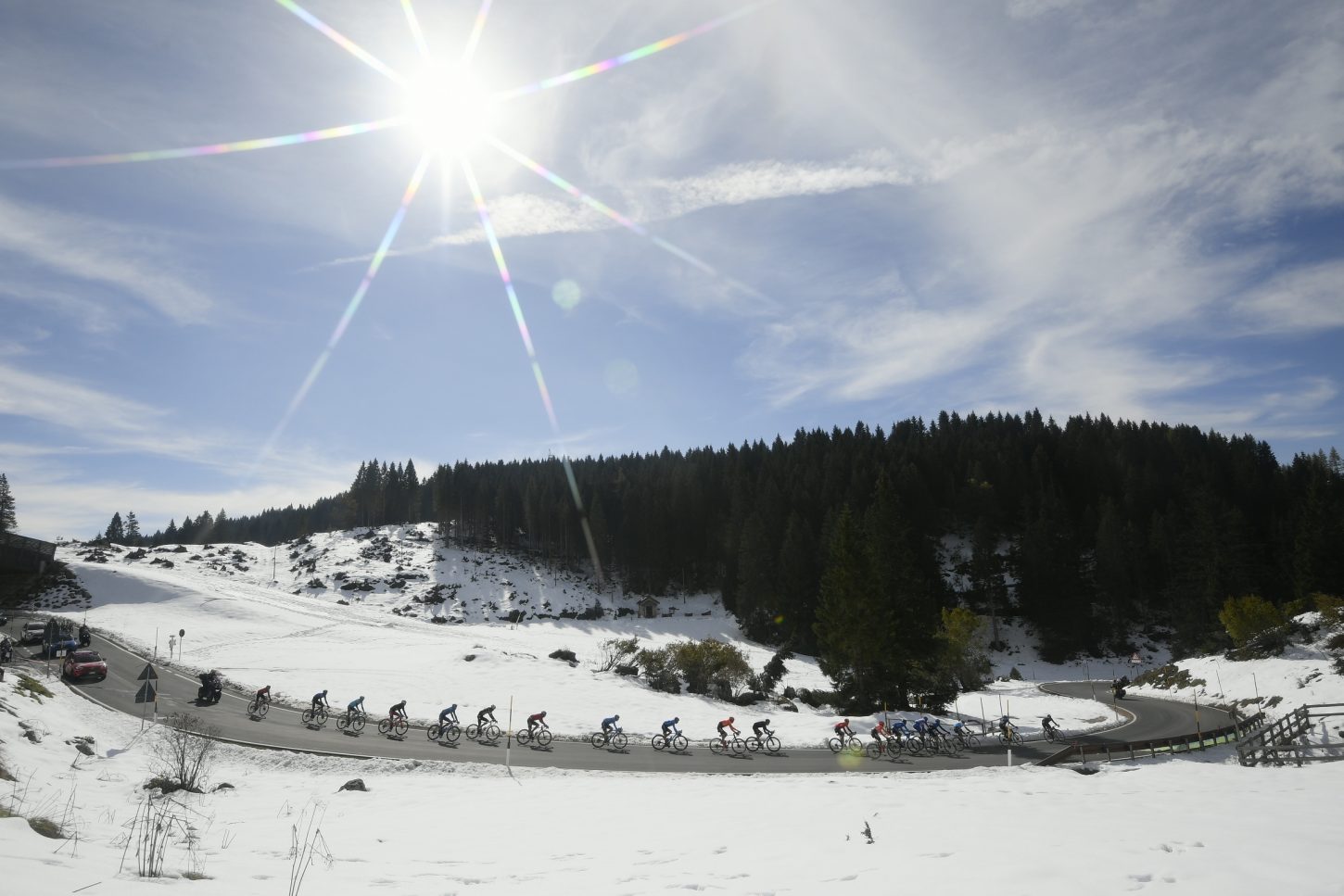 Ben O’Connor took his first Grand Tour stage win in stage 17 of the Giro d’Italia today, after the Australian rider broke clear on the Madonna di Campiglio to claim a solo victory.

O’Connor, who finished second the previous day, was part of the day’s large breakaway, which at one point held 19 riders.

After tackling two Cat.1 climbs in the Forcella Valbona and Monte Bondone, things broke up along the summit finish with the NTT Pro Cycling rider launching his move inside the final 8km to go.

Hermann Pernsteiner (Bahrain McLaren) came across the line 30 seconds down on O’Connor, as another of the day’s breakaway protagonists Thomas de Gendt (Lotto Soudal) came in third.

Fireworks were expected in the battle for the overall classification despite Team Sunweb making an attempt to cause a split riding up the Madonna di Campiglio, Maglia Rosa João Almeida (Deceuninck – Quick-Step) was ever present and the group crossed the line all together.

Aafter missing out to Bahrain-McLaren’s Jan Tratnik in yesterday’s stage, O’Connor bounced back with a superb performance from an initial 19-man breakaway in the mountainous 203km stage.

O’Connor darted clear of his fellow escapees with 8.5km remaining on the famous climb to Madonna di Campiglio, seizing a solo victory by just over half a minute ahead of his closest rival, Pernsteiner.

Benefitting from the presence of NTT teammates Amanuel Ghebreigzabhier and Louis Meintjes in the day’s break, O’Connor had the legs to hold off several big-hitters, including compatriot Rohan Dennis (Ineos Grenadiers), Ilnur Zakarin (CCC Team), De Gendt and no fewer than four riders from the struggling Movistar team.

De Gendt previously kept the tempo of the breakaway consistently high and was the architect of numerous accelerations , each time whittling down the numbers on the front. But despite support from compatriot and teammate Harm Vanhoucke, De Gendt was only able to take third place, 1’10” down on O’Connor and just ahead of Zakarin.

Only six other riders from the initial 19-man move managed to stay ahead of the main field after the day’s four categorized climbs took their toll. But the expected fight for pink fizzled out on the lower slopes of Madonna di Campiglio where Almeida only had to weather a small two-pronged attack from Team Sunweb duo, Wilco Kelderman and Jai Hindley.

Tao Geoghegan Hart (Ineos Grenadiers) led the group of favorites over the line to retain his fourth place on GC behind Almeida, Dutchman Kelderman and Hindley.

Another day in the mountains, and the formidable Stelvio, awaits the peloton on Stage 18.