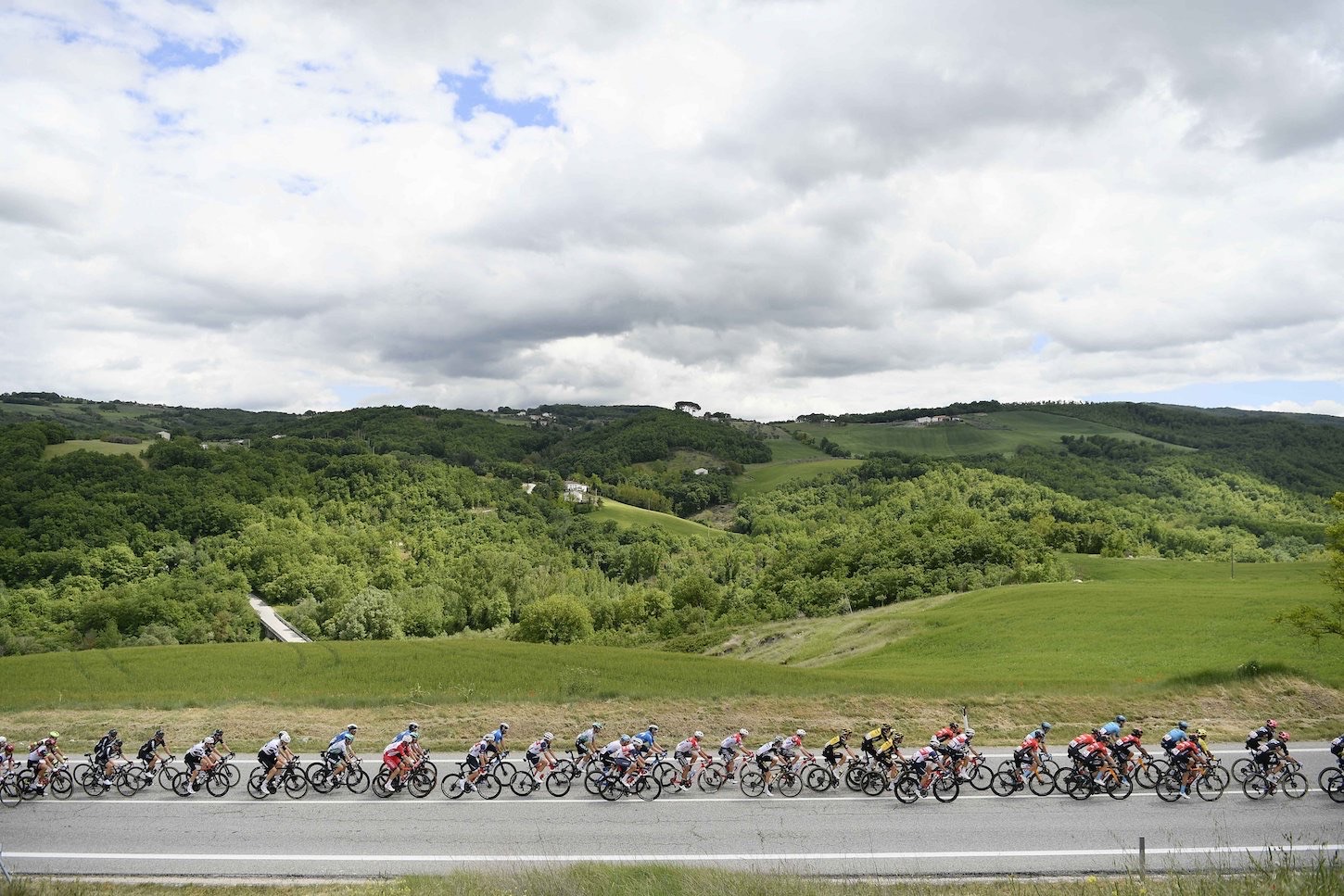 Victor Lafay (Cofidis) claimed stage 8 of the Giro d’Italia today, after the French rider proved to be the strongest of the day’s escapees along the final climb, catching Giovanni Carboni (Bardiani-CSF-Faizane) 2.2 kilometers from the finish after the Italian had attacked earlier on the climb, and later holding off a late charge from Francesco Gavazzi (Eolo-Kometa), who finished second.

Meanwhile. Attila Valter (Groupama-FDJ) finished safely in a peloton to retain his grip on the pink jersey for another day.

It was a day of numerous failed attempts at attacks at various stages, with Ineos’ Egan Bernal drawing angry gesticulations from other riders when he infiltrated a breakaway early on. When a break did emerge it was the eight names of Lafay, Alexis Gougeard (AG2R La Citroen), Nelson Oliveira (Movistar), Giovanni Carboni (Bardiani CSF), Gavazzi, Kobe Goossens (Lotto Soudal), Nikias Arndt (Team DSM) and Gaviria.

They were later joined by Victor Campenaerts, who bridged across solo. He said after the race.

“It start with the beginning, I was very motivated to go in the break. I missed the break and had to close it by myself, and that for me was the effort of the day. In the final I tried to win the race, I knew this wasn’t gonna happen if I attacked on the climb, so I tried to go before. To be honest I am happy with result in an uphill finish.”

The 25-year-old Lafay produced an inspired finish to take the win from Gavazzi and Arndt, who finished in second and third places respectively. Carboni was looking good in the final two kilometres but faded to fourth place.

Gaviria was one of the most active riders in the break, attacking the rest of the move on the descent from the category two Bocca della Selva. Unfortunately, he ended up crashing into a wall in inauspicious fashion.

Gaviria was badly scraped up and dropped on the final climb, rolling home well in arrears of Lafay, the ninth rider of the nine-man break.

Speaking after the race, Lafay said, “it’s incredible, yeah, it was a very tough day, to get in the breakaway was very difficult. When it was gone, the peloton let us seven minutes. The finish was hard, but it was where I am the best. I was focused all day – and I am really happy I did that.”

When asked how he had judged his breakaway companions, he added.

“I knew they were not climbers, but Oliveira was I think the best one. I kept an eye on him, but I was confident in my legs. I don’t believe it now that I just won.”

Caleb Ewan (Lotto Soudal) abandoned the race today while wearing the ciclamino jersey, citing knee pain. Atilla Valter retained the pink jersey with a confident performance on the day’s last climb and thanks to some good teamwork from Groupama FDJ throughout the stage. Gino Mader also stays in blue.