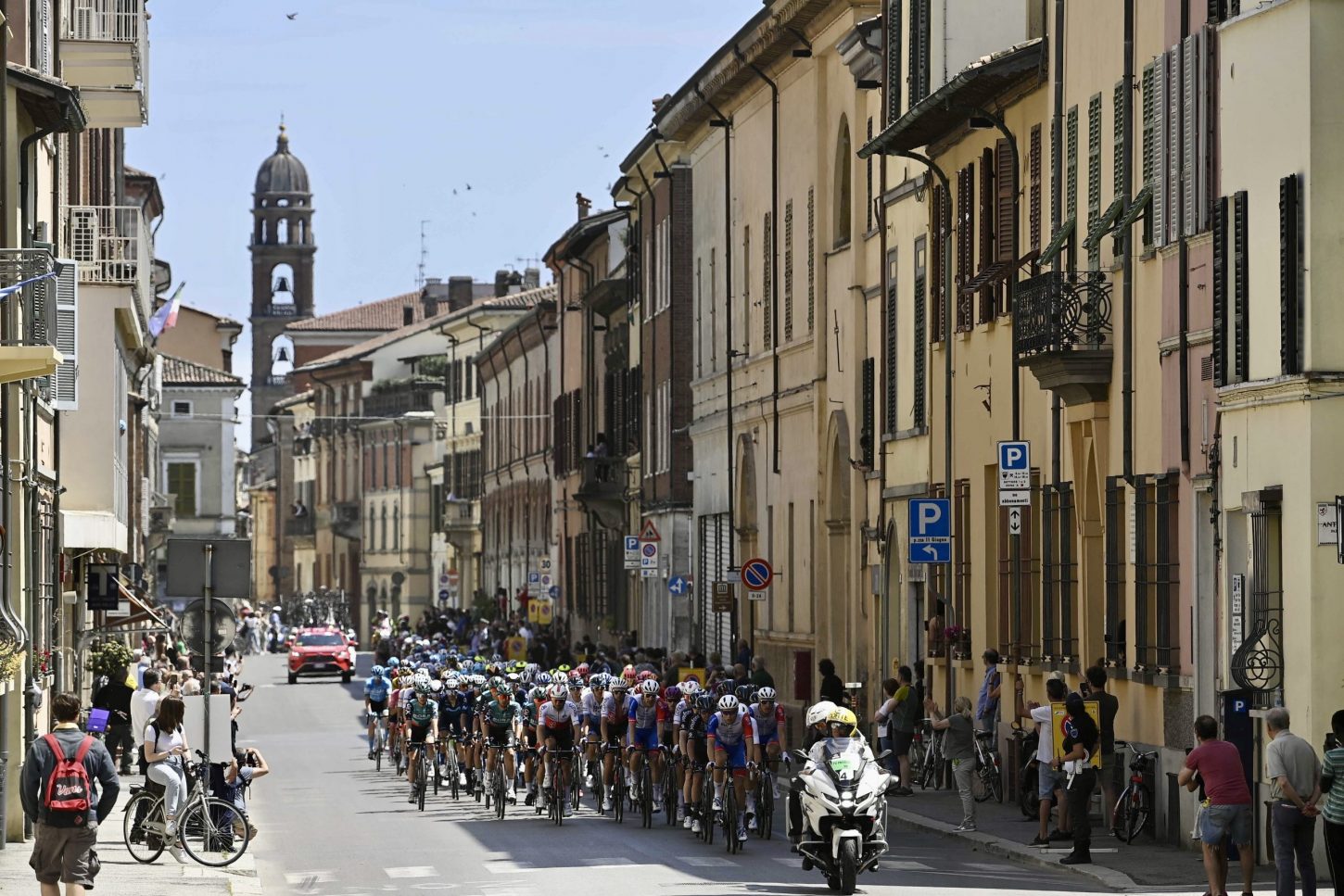 The Italian rider succeeded in making his way from the back of group, quickly coming around Consonni and Gaviria during the closing meters to snatch the stage honors, while Arnaud Démare (Groupama-FDJ) took fourth.

The stage was shaping up for a two-man battle, as Démare opened up his sprint with 200 meters to go with Gaviria keen to mark his move. But, the Colombian rider quickly moved up to the front as his French rival appeared to slow, only to have a fast charging Dainese come out of nowhere with a turn of speed that vanquished the leaders.

Meanwhile, Juan Pedro López remains in the maglia rosa, after his Trek-Segafredo team comfortably kept him at the front of the race to ensure he didn’t lose any time in the GC.

However, Richard Carapaz (Ineos Grenadiers) is now within 12 seconds of him in the standings, having picked up three bonus seconds thanks to an intermediate sprint victory.

Filippo Tagliani (Drone Hopper-Androni Giocattoli) and Luca Rastelli (Bardiani-CSF-Faizanè) formed an early breakaway, with the duo later building up a modest advantage of around five minutes during the first 100 meters of stage. stage, with Tagliani winning the intermediate sprint in Toscanella di Dozza.

However, the two riders were eventually reined in with 90 kilometers to go, with Ineos Grenadiers lifting the pace at the front of the peloton, causing riders like Caleb Ewan (Lotto-Soudal) to get dropped. Fortunately, the Australian rider managed to re-join the bunch.

Carapaz later won the intermediate sprint to San Giovanni in Persiceto, bringing him ever closer in the general classification to López, as the Ecuadorian rider is now within 12 seconds of López in the hunt for the maglia rosa.

With just under 60 kilometers to go, Dries De Bondt (Alpecin-Fenix) launched a solo attack, with the peloton allowing him to open up a slight gap of 1:30.

From there, the peloton proceeded to stretch out during the final 10 kilometers, with Groupama-FDJ and Quick-Step Alpha Vinyl controlling most of the pace setting with the goal of moving Démare and Mark Cavendish into position, while De Bondt was still clinging to a 19-second lead.

With just under 2 kilometers left, De Bondt’s long-range attack came to an end, with teams moving their respective sprinters into place.

Heading into the final kilometer, Groupama-FDJ was controlling the pace on behalf of Démare. But, Dainese surprisingly made his way to the front during the final meters to seize the stage victory.