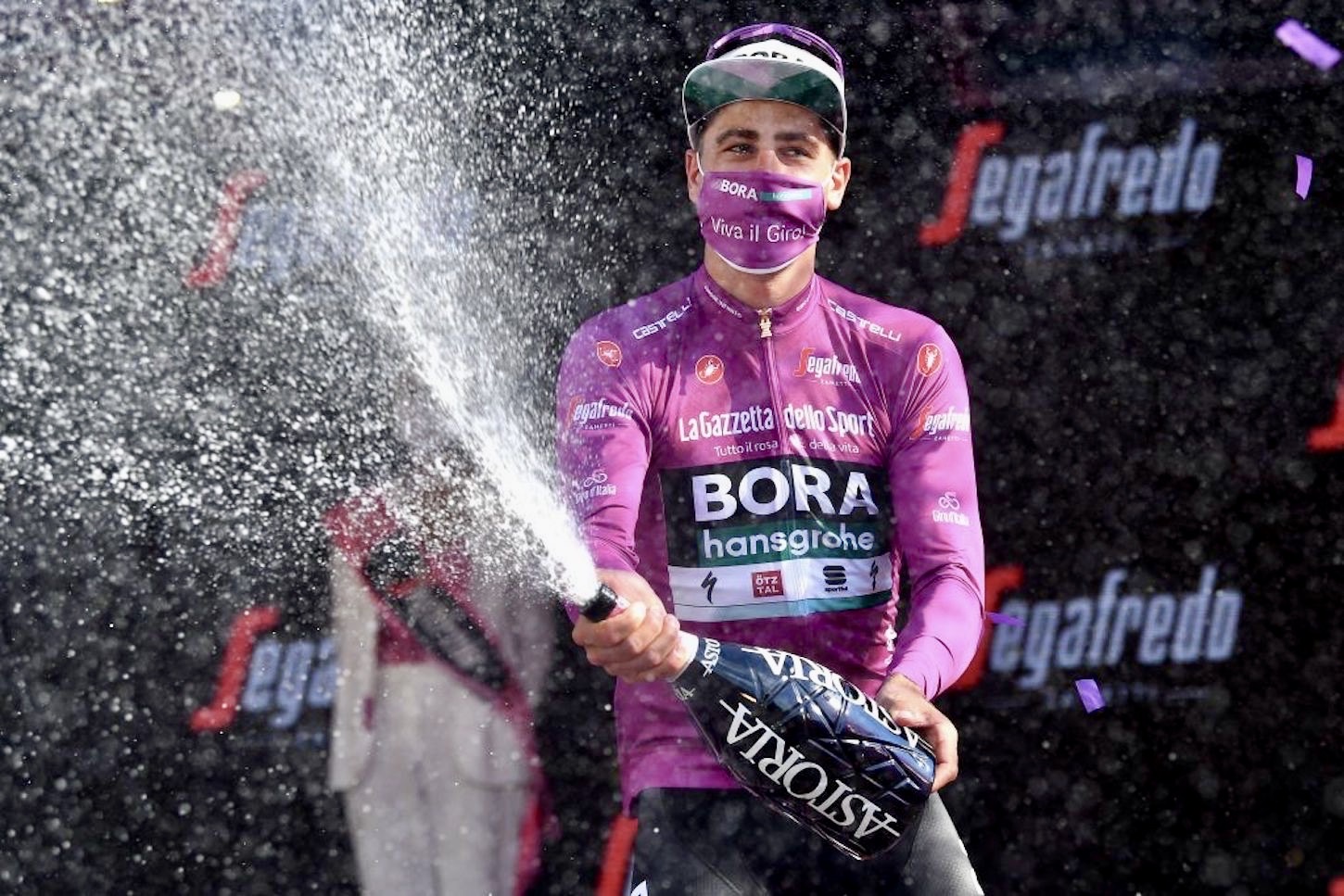 The Slovakian rider and his Colombian rival rode clear with just over a kilometer to go, distancing fellow breakaway companions Marc Hirschi (UAE-Team Emirates) and Geoffrey Bouchard (AG2R Citroën) during the final lap of the 63 kilometer race.

From there, Sagan easily held-off Bernal in a sprint for the line, seizing the race honors, while Hirschi finished just seconds ahead of the rest of the peloton to claim the last spot on the podium.

Bernal was the first to attack with just over 4 kilometers to go, a move that was quickly followed by Bouchard, Hirschi, and later Sagan.

The quartet stayed together until the final kilometer, with the duo eventually distancing their rivals during the final lap.

Speaking after his victory, Sagan said, “I’m very happy that I could be here, and this is a special race for all of us from the Giro d’Italia. I think we had the best riders from this year’s Giro. This short criterium is a special thing.”

“It’s nice for the fans. This criterium is special because this is the Expo in Dubai and all the world is here. I’m very happy with this win, a victory is much better than not. I just appreciated that I could be here. I have to say thanks to my teammates because they controlled the race for me and did a really good job.”

Sagan continued, “from the start I tried to be in the front, also for the points classification. After two sprints I saw Elia [Viviani] was much better and so I tried a different tactic. It was really fast, and definitely someone was going to go in the last three laps, and I had to recover and wait for the last two laps.”

“I just decided I was going to stay on the wheel and see what was going to happen. It just happened so fast that three guys attacked, and I went at the last moment. I almost missed it, and in the end was good.”

Yousif Mirza (UAE-Team Emirates), Valter and Juraj Sagan (Bora-Hansgrohe) were part of an early breakaway attempt, who later built up a slight 10-second advantage over the peloton before being reined in thanks to the efforts of the Ineos Grenadiers.

Despite suffering a mechanical problem late in the race, Ganna commenced a solo attack with seven laps to go.

However, the Italian time-trial specialist was eventually reeled in by a chasing group that consisted of Anass Aït El Abdia (Bahrain Cycling Academy) and Valter, before they were brought back with two laps to go.

The winner of the points classification was Elia Viviani (Cofidis), the most combative was judged to have been Attila Valter (Groupama-FDJ), and Filippo Ganna (Ineos Grenadiers) won the fastest lap prize.