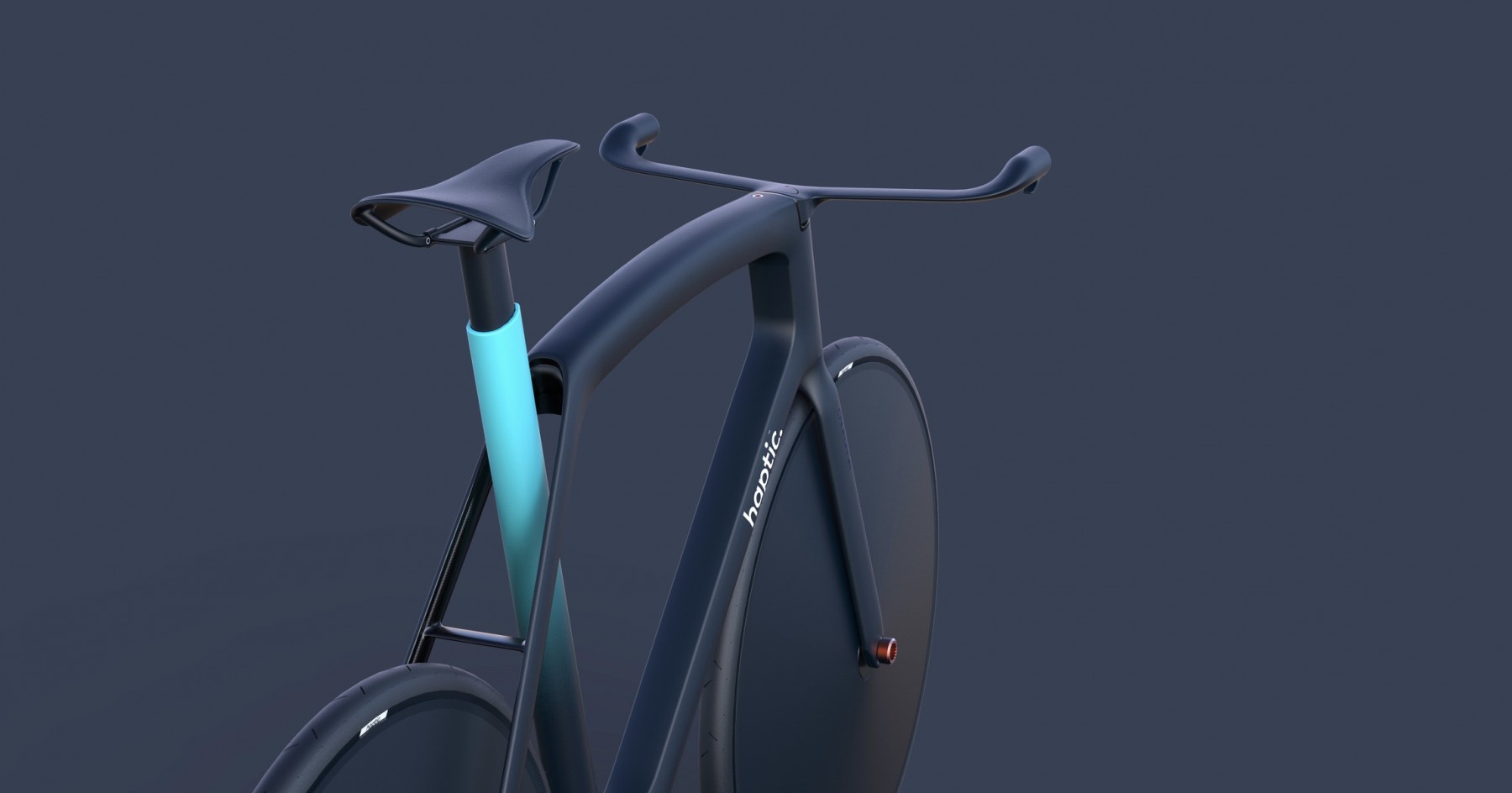 Even if the Haptic electric concept bike never makes it way off of the drawing board and into production, it’s still an amazing design to behold.

The creation of Quinn Fitzgerald, the Haptic takes an extreme departure from most electric concept bikes, by virtue of the fact that is possess no peripherals in the way of displays, buttons, instruments or apps like most eBikes. Rather, Fitzgerald designed his bike to yield what he calls a “seamless” sense of motion and function for the rider. To wit:

What would happen if an eBike simply responded without having to think about it? What if to go faster, you simply pedaled a little harder? Want to coast? Simply stop pedaling. Can an eBike offer this type of seamless riding experience responding to the natural rhythm of urban and rural cycling?

A natural experience, the user simply gets on and begins pedaling. There are no secondary throttles or speed controls, to go faster the rider simply applies a little pressure when pedaling. The force sensing haptic system recognizes this additional pressure in the drive train and begins acceleration. To maintain a current speed the rider needs only to pedal with constant force, to coast simply stop pedaling – as natural as a traditional bike.

Unfortunately, Fitzgerald doesn’t explain with any detail as to how he would create such an intricate drive-system, but I guess that’s why they call them concept bikes. 🙂

It sure is thrilling to look at though.