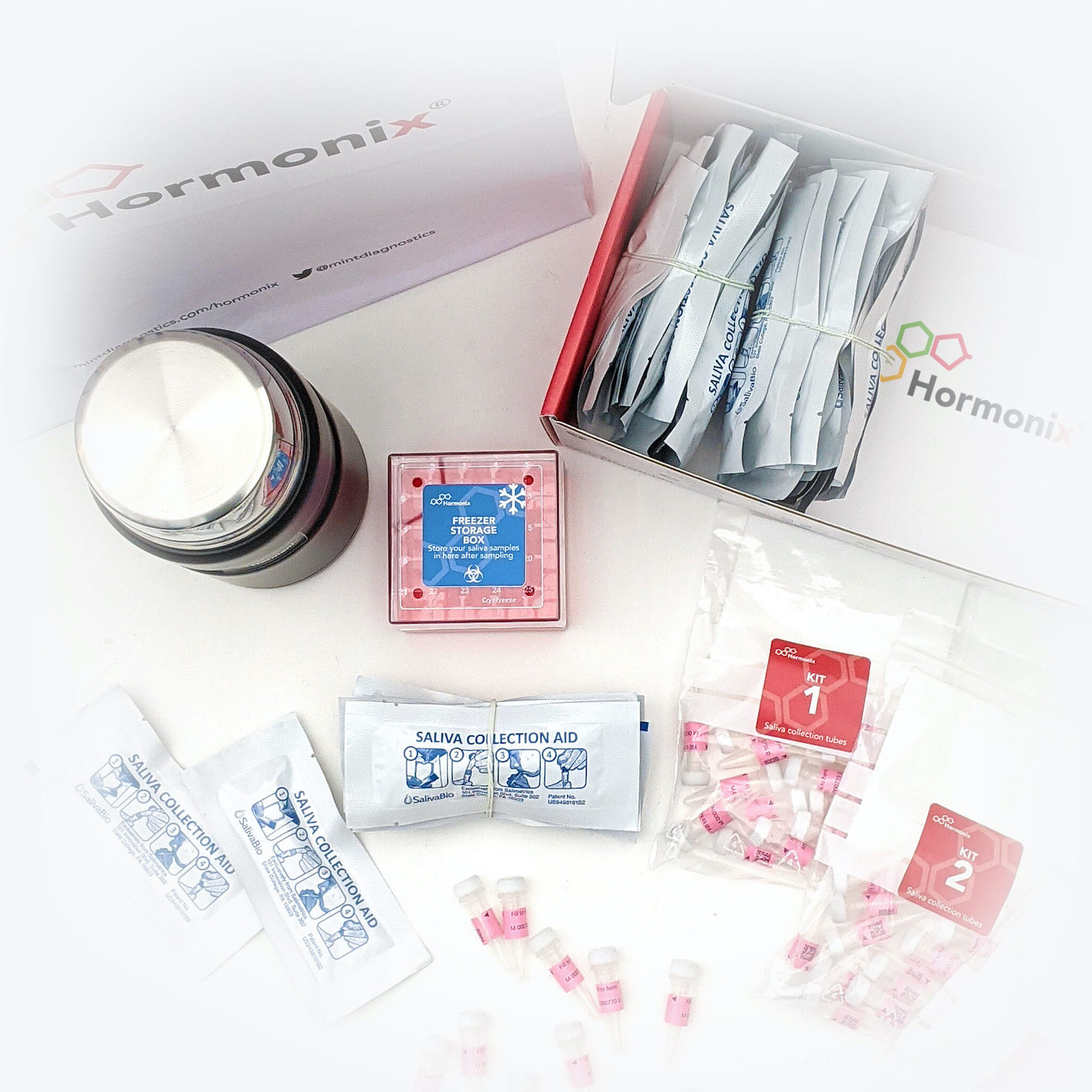 Getting accurate data on hormone levels, without the need for blood samples, is now both available and convenient using Hormonix. The new platform from UK-based company Mint Diagnostics has particular potential in supporting female health and athletic programs thanks to a new, first of a kind technology that provides clear, rapid and accurate information on hormone levels through a saliva sample

Regular and easy to access data on hormones has enormous potential to unlock a wide variety of opportunities to progress female health, performance and wellbeing – not just for athletes but society as a whole.

Currently, to gain similar information on hormones, invasive blood sampling and laboratories are required, meaning it can take several days or weeks to receive data. Hormonix enables point of care monitoring of female hormone levels – and no other valid or commercially available system can do this.

Hormonix is currently in the final stages of development and will be available to support athletes in the Autumn.

“The EIS Performance Innovation Team aims to fast-track new ideas from industries outside of sport that have the potential to positively impact British athletes’ health and performance. By working in partnership with Mint Diagnostics, we are redefining the role hormone data can have in these areas.

“The Hormonix technology allows us to continue supporting athlete health and performance remotely, away from centralised locations and in the athlete’s own environment – responding to the way technology and healthcare is heading.”

“Access to real-time hormone information via a simple saliva sample is a game changer – for sport and more broadly, for female health.

“Currently, this type of hormone analysis is just not available in an easy or timely manner but Hormonix changes this completely. Having the ability to accurately measure hormone levels in real-time will give us so much valuable insight into female health and provide a step-change in our understanding of female physiology.”

“We’ve been collaborating with the EIS on this technology for the past three years, and we’re truly excited about its potential.

“Hormonix is a major development in female health, enabling us to monitor and apply hormone data in ways we’ve never been able to do before. Whilst the development of Hormonix technology is being focused on elite athletes, the technology has the potential to cross over to enhancing female health in society.”

The EIS and Mint Diagnostics expect final testing of Hormonix to be completed in October.

The development of Hormonix, and the hugely valuable data it will provide on female hormones, has the potential to play a significant role in advancing the EIS SmartHER campaign and furthering understanding of female athlete health and performance.

The SmartHER campaign, which launched in 2019, is a wide-ranging approach to female athlete health, aimed at being smarter in how female athletes are supported from a performance perspective as well as general health and wellbeing.

A recent survey of top US sports college systems found that only 3% of coaches were implementing female specific training design. Yet, 46% were aware of the female specific factors that might be important and impactful on athlete wellbeing.

The menstrual cycle is considered the fifth vital sign by the American Academy of Pediatrics, as it reflects overall body health. The British Journal of Sports Medicine also states that an unhealthy cycle, with low levels of cycle hormones, can increase the risk of injury by up to 59%, and can impair adaptation to training and compromise endurance performance.

Studies have also shown that up to 50% of female athletes have hormonal deficits, irregular or absent periods. This can often be the consequence of low energy availability, where nutrition intake does not meet the energy demands of training and recovery.

RED-S (relative energy deficiency in sport) can be one potential impact on an athlete. The Hormonix team notes that… ‘Screening for menstrual cycle health, using subjective reporting of symptom severity, alongside hormone monitoring as a marker of cycle function, is a vital part of the female athlete welfare package.’

Hormonix screening is integrated into the overall support of female athlete health. Initially, athletes screen for one to three cycles to understand their current status.

In the context of symptom data, training and fuelling information, this screening can help athletes understand and optimise their experience of their menstrual cycle.

For athletes whose data indicates the need for further support, more frequent or regular hormonal cycle monitoring could be provided. This approach allows athletes and coaches to make interventions as necessary, tailored to the individual’s needs and physiology.

Hormonix won the UK Sport Innovation Award in 2020. The saliva monitoring platform is currently available as a proprietary laboratory testing system. Home samples are securely stored and analysed in a lab. However, a dedicated point of care device, where testing can take place remotely, is planned to become available shortly.

The product is a patented system developed by Mint Diagnostics in conjunction with the English Institute of Sport (EIS), an affiliated body of the British Olympic Association (BOA).